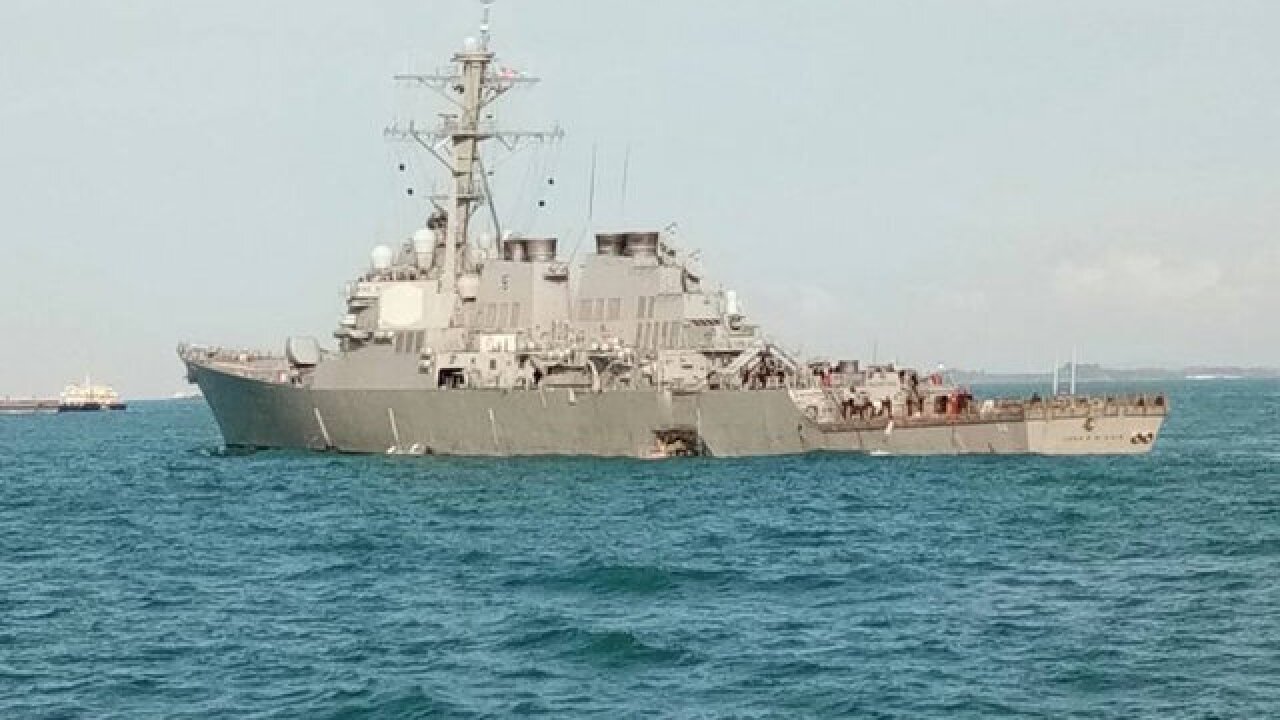 COLUMBUS, Ohio -- A 21-year-old man from Ohio is among the sailors missing from the USS John S. McCain, his family told WBNS .

Jane & I are praying for #Ohio Sailor Jacob Drake & his family. He was serving his country on the #USSJohnSMcCain . https://t.co/ajpVchmDeB

Ten sailors altogether are missing after their ship collided with an oil tanker near Singapore.

Adm. Scott Swift said Tuesday that some sailors' bodies have been found in a flooded compartment of the warship. Malaysian officials also have found one body that has not yet been identified.

The collision tore a gaping hole in the McCain’s left rear hull and flooded adjacent compartments including crew berths and machinery and communication rooms. Five sailors were injured.

Swift commended the crew for righting the destroyer quickly. He said sailors they set up watertight boundaries and shored up the ship’s internal structure.

Helicopters were able to begin evacuating sailors within an hour or two of the collision, Swift said. He added that it was “quite extraordinary” for the McCain to be “up and running as an operational ship almost immediately after the collision.”