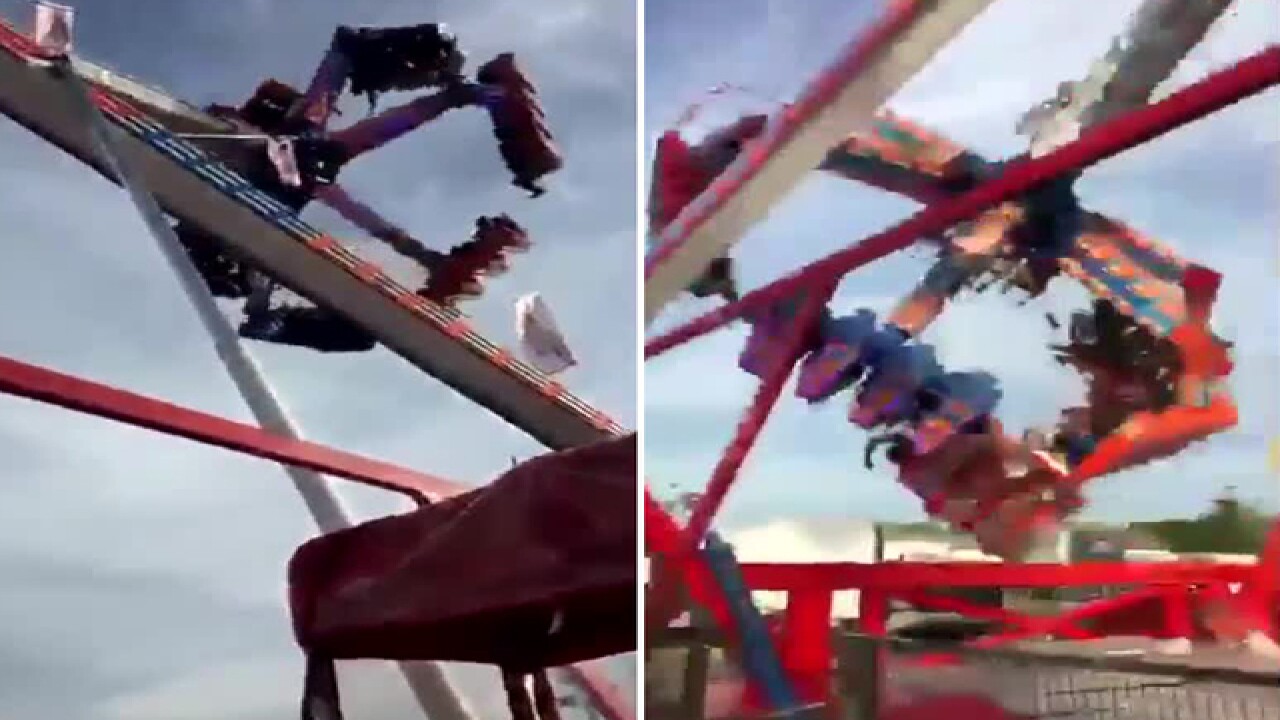 COLUMBUS, Ohio -- Excessive corrosion led to last month's fatal ride accident at the Ohio State Fair, according to the Dutch company that made the ride.

Tyler Jarrell, 18, was killed and seven others were injured as they rode the Fire Ball on the fair's opening day.

The ride manufacturer, KMG, said Sunday excessive corrosion was found on the inside of the gondola arm, dangerously reducing the metal arm's thickness. It broke off mid-swing, throwing riders through the air.

State officials said the Fire Ball had been inspected just hours before the crash. KMG asked all owners of similar rides to shut them down pending an investigation. The ride at the Ohio State Fair was 18 years old, the company said.

Jarrell's family is pursuing a wrongful death lawsuit. He was a rising senior at Franklin Heights High School and had enlisted in the Marine Corps just a few days before his death.

Four other victims remained hospitalized as of Thursday. Among them is Jarrell's girlfriend, Keziah Lewis. The University of Cincinnati student was listed in serious condition at Wexner Medical Center in Columbus.

WCPO will update this developing story.