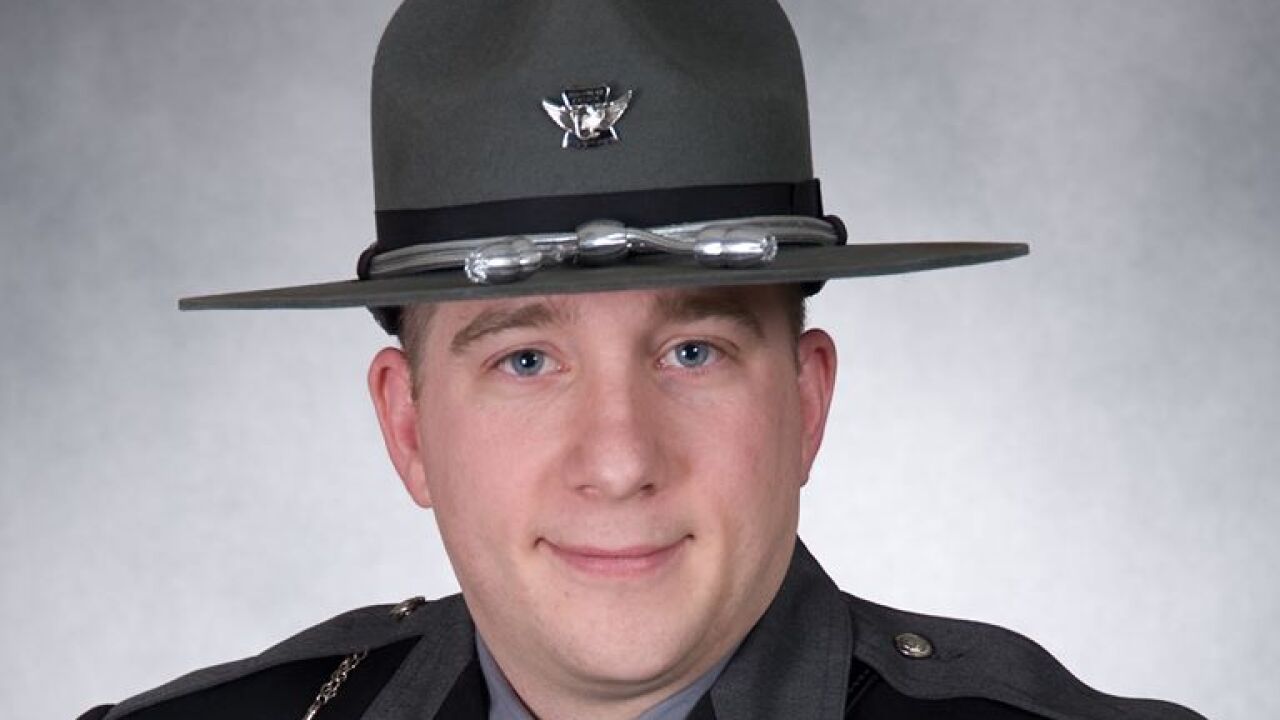 MADISON COUNTY, Ohio — A trooper from the Ohio State Highway Patrol was hospitalized early Thursday morning after he was struck by vehicle while investigating a crash on U.S. 42 in Madison County, located outside of Columbus, according to a post from the OSHP.

At approximately around 6:10 a.m., Trooper Jason R. Hofmann was struck while investigating a two-vehicle minor injury crash on U.S. 42 near Interstate 70.

The driver of the van, identified as a 64-year-old woman from Plain City, was not injured.