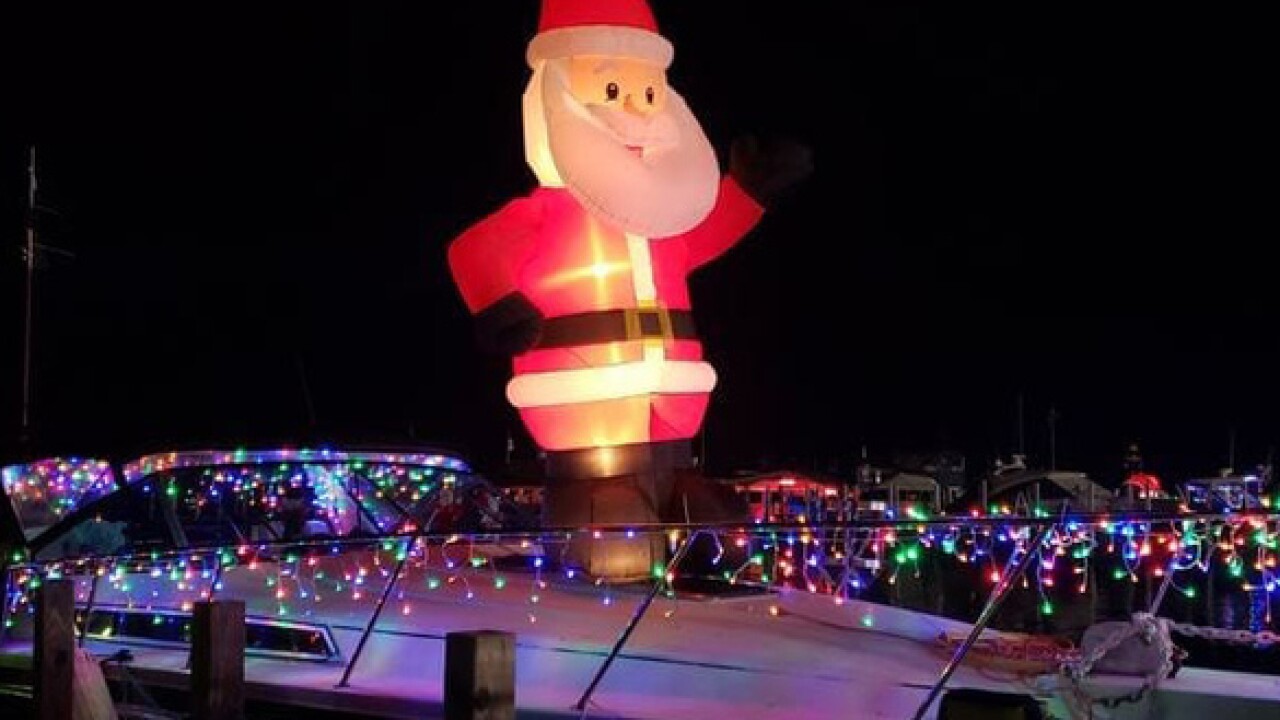 A Put-in-Bay business owner says Christmas in July is canceled.

Director of the Visitors and Convention Bureau Mark Mathys told News 5 that over the past four to five years, bus tours from Detroit have started to increase.

"It was overwhelming; not the amount of people but how quickly they came and they overwhelmed law enforcement and the sheriff's office," Mathys said.

According to a news release written by Mathys, the event was becoming "ground zero for the Miss World Fat Booty Twerking Pageant."

Mathys said the Chamber of Commerce backed out of the event a few years ago, but the Visitors and Convention Bureau wanted to keep it going. He said the event has since become unmanageable and has not been replaced.

RELATED: Chaos erupts during Christmas in July celebration in Put-in-Bay

Director of Put-in Bay's Chamber of Commerce Peter Huston said the event has not been advertised since 2013. He went on to state:

We as an island organization, have not promoted, advertised or had a ‘Christmas in July’ celebration since 2012. As July is already the busiest time of the year, no further promotion of an event like ‘Christmas in July’ is necessary. However, sometimes events like this continue on organically without official island organization. At this point, we concentrate on promotions for our shoulder seasons — our Octoberfest, our Maritime Festival and our Pirate Fest. We welcome all visitors to the island. In fact, we have visitors from numerous cities, states and countries every weekend during the summer. Put-in-Bay is a welcoming place to visit, work, and live. We strive every year to make it a safer and friendlier experience for all. The Put-in-Bay Chamber of Commerce and Visitor Bureau is the only officially recognized Put-in-Bay visitor information provider.

You can read Mathys' news release below:

Detroit’s favorite island holiday, Christmas In July came and went this past July month. And thanks to more than 130 law enforcement officers ranging from the Ottawa County Sheriff deputies to State Highway Patrol Officers, and Put-in-Bay Police officers to liquor control agents and more, there was a law enforcement presence never seen before on Put-in-Bay. At the property owners meeting on Sat, July 21st, Chief Riddle announced the “C$*?#&@#* in July” the amount of manpower he had lined up for what has become the island’s most down and dirty Saturday of the season.

The Ottawa County Sheriff Dept, was on hand with drug dogs at the Miller Ferry Dock on Catawba in the morning when dozens of buses dropped their loads of passengers off to head for the island to celebrate Christmas In July. Put-in-Bay Golf carts were sold out by mid-morning. The streets were jammed by gawking golf carters long before the lunch hour. By noon, the streets of the village were jammed with carters looking for parking and places to party. Many had their own coolers filled with soft drinks and water. Some had those funny smelling cigarettes, plus some of the women weren’t exactly modest when it came to their wardrobes.

If you didn’t know any better you’d have thought Put-in-Bay was ground zero for the Miss World Fat Booty Twerking Pageant. Also about midday, a contingency of State Troopers got off several Coast Guard boats and marched off C-Dock. They were later spotted around the Village patrolling and mingling through the crowds. It appeared one or two of them were seen on the roof of the Put-in-Bay Town Hall with binoculars. We are sure their presence went a long way in helping to keep things under control.

Put-in-Bay Police did their best to take care of the traffic situation by blocking roads and clearing Delaware Ave of traffic, but this did little, if anything to alleviate, the gridlock. Some say closing off the main street just added to the gridlock. We saw an emergency vehicle trying to get through the crowd on Lorraine Ave. It was having a very difficult time of it.

Over in McCann’s field, there was a gathering of scores of golf carts near Adventure Bay. Earlier, it was reported that the field was not going to be used this year like it was last year for such a gathering, but it soon became obvious that there needed to be an outlet for the overflow from the downtown. One observer told the Gazette that State Troopers were out in the Township writing tickets for those driving with drinks. Apparently, the word must have gotten out over social media, and he claimed the roads outside the Village were empty compared to a normal Saturday. He volunteered to take us on a tour to prove his point. Indeed, the township roads were like a Tuesday afternoon in May. Everyone had concentrated in the downtown area thus further contributing to the gridlock.

The EMS had more runs than a usual summer weekend but were able to take care of everything. Life Flight trips off the island for the weekend were a bit up over a normal weekend mainly due to people doing stupid things. The EMS did report that it was a bit more difficult to get around. Put-in-Bay Police Chief Riddle reported there were 75 citations for open container, weed, disorderly conduct, public urination and the like issued. These run about $100 a piece, plus court costs. There were also more than two dozen arrests, plus 36 OVIs (Operating a Vehicle while Intoxicated) recorded. This was for Saturday and early Sunday.

The chief reported there were no major incidents on the island. There were a lot of lessons learned over the weekend, but the one problem that still remains is how to contain this abnormally crowded July Saturday that has now become a nightmare for the island. There is no doubt some business make out very well, but many businesses say they lose thousands that day. Numerous businesses reported conversations with customers, who didn’t realize what the weekend was like, saying they would never come back to the island if the event was allowed to continue. The tsunami of negative social media reporting of that weekend was off the chart. The official Put-in-Bay Facebook page recorded hundreds of comments.

Islanders, residents and business people are concerned about the worsening progression of this weekend and are trying hard to come up with ways to get this weekend back to normal. It appears canceling Put-in-Bay Christmas In July was the best option and it will no longer be a part of the Put-in-Bay Events. New events are currently being updated as this goes to press.