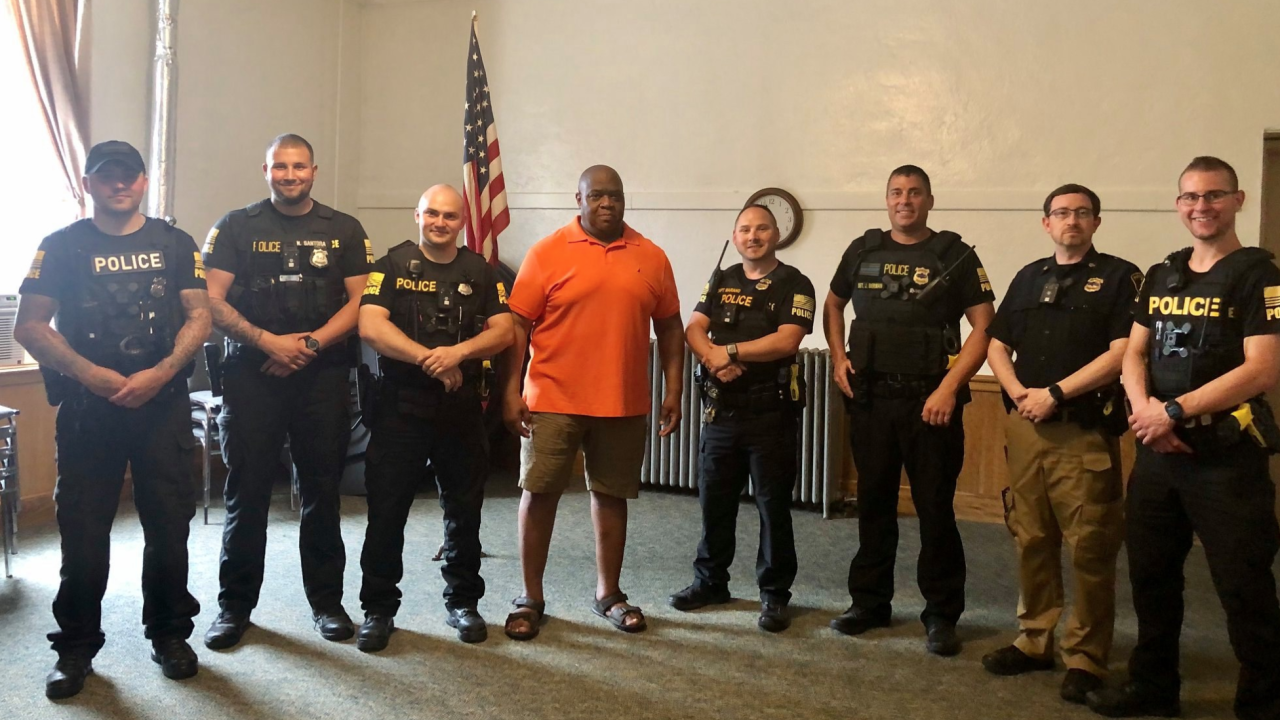 James Kimble was sworn in by Mayor Jessica Dress on Friday.

Kimble has spent over 20 years in law enforcement.

Put-in-Bay Police Chief Steve Riddle was put on paid administrative leave after body camera footage of an exchange between Put-in-Bay police officers and a group of Black men and women on a golf cart earlier this month.

The officers approached the group on a golf cart in a Put-in-Bay parking lot after alleging the driver was operating the vehicle recklessly and ran a stop sign, police records show.

At one point in the video, an officer can be heard accusing a woman of hiding something in her shorts.