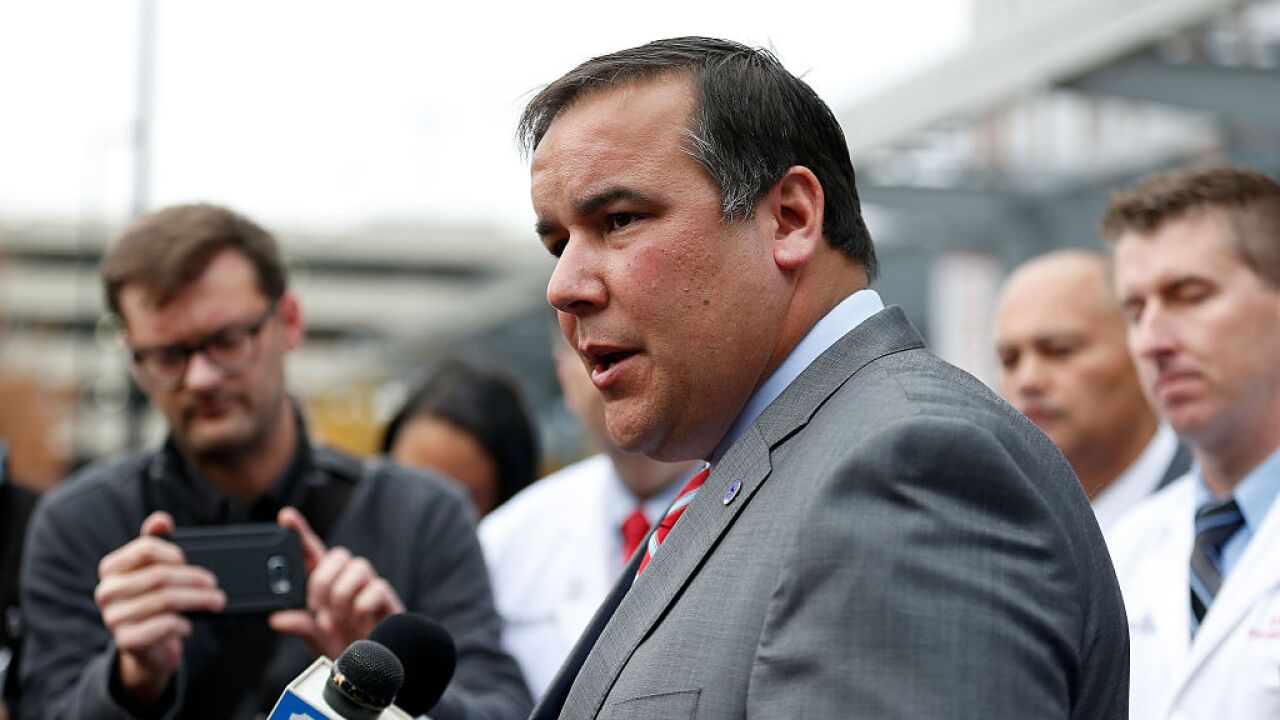 Kirk Irwin/Getty Images
COLUMBUS, OH - NOVEMBER 28: Columbus Mayor Andrew Ginther addresses the media outside of the Wexner Medical Center on the attacks that took place on the Ohio State University campus earlier in the day on November 28, 2016 in Columbus, Ohio. At least nine people were injured when a suspect reportedly drove into a crowd of pedestrians and slashed several people with a knife before being fatally shot by university police. (Photo by Kirk Irwin/Getty Images)

COLUMBUS, Ohio — The mayors of Seattle and Columbus, Ohio, are making a charitable bet on Tuesday’s matchup between Washington and Ohio State in the 105th Rose Bowl.

Columbus Mayor Andrew Ginther says Seattle Mayor Jenny Durkan will have to donate $105 to the Mid-Ohio Food Bank if the Buckeyes win. If the Huskies triumph, Ginther would donate that amount to support local service providers’ work to prevent homelessness with Seattle’s Human Services Department.

The mayor who roots for the losing team also will have to take a photo while wearing the winning team’s jersey.

Ohio State has a 12-1 record heading into the bowl game. Washington is 10-3 this season.