'I was there when he took his last breaths' 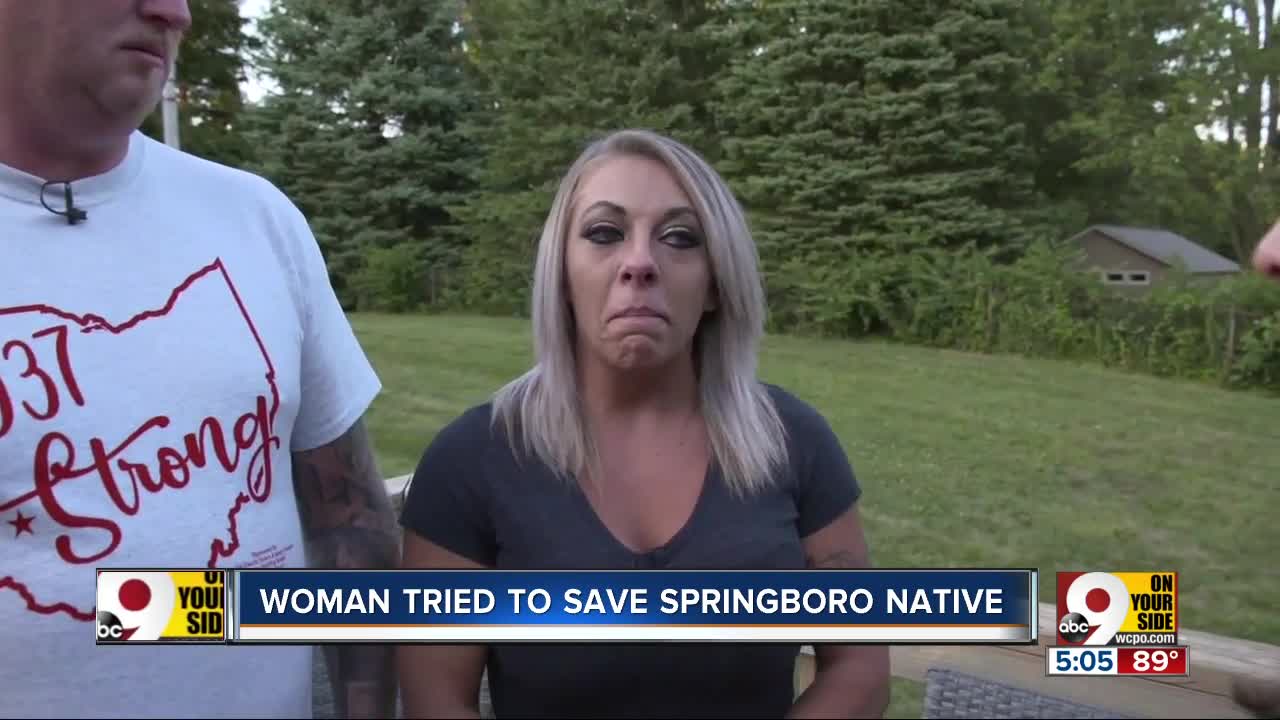 Holly Redman wants Logan Turner's parents to know she did everything she could to save his life.

DAYTON, Ohio -- Holly Redman breathed into a man’s mouth as he lay in the street, bleeding out from a gunshot wound. Another person pumped furiously on his chest. A woman used her hands to try to stop the bleeding.

They couldn’t save him. Redman said she watched 30-year-old Logan Turner die moments after a gunman sprayed bullets at innocent people in Dayton’s entertainment district.

“I just want his parents to know that we did everything possible to save him … like everything,” Redman said. “Three people were on him, and I was there when he took his last breaths. It’s so hard … I’m sorry.”

Turner, a Springboro native, was one of the nine people the gunman killed when he opened fire in Dayton’s Historic Oregon District Sunday morning.

Dayton Police Chief Richard Biehl said in a Monday morning press conference that the shooter could have had about 250 rounds of ammunition at the time of the shooting. Investigators have not yet determined if all the magazines were full, Biehl said, and police found at least 41 spent shell casings in the entertainment district.

Eleven people were still in the hospital as of 9 a.m. Monday, Biehl said. Fire Chief Jeffrey Payne said local hospitals treated 37 patients with wounds from gunshots, being trampled and lacerations from fleeing the scene.

Redman was with her longtime friend, James Williams, at Newcom’s Tavern when they heard gunfire.

As Williams heard round after round of gunshots, he thought about how many people could be dead. He was able to get out of the bar and onto the street to help people.

“I’m like, I’m not gonna sit there locked in a bar and know I can’t be out there helping do something, ya know,” Williams said.

Williams, Redman and countless of other people tried to help those who were shot and bleeding out. Williams said he saw bartenders from Ned Peppers carrying victims into ambulances.

“The hardest part is when they say, ‘Stop, stop … there’s nothing you can do,’” Williams said.

Officials identified the nine people killed in the shooting:

Williams described the chaos and carnage in a Facebook video he posted shortly after the shooting. Williams later posted he went to church after the shooting because he had an "angel watching" over him that morning.

“People just need to love each other,” Williams said. “The hate has to go away. People need to pull together as one.”