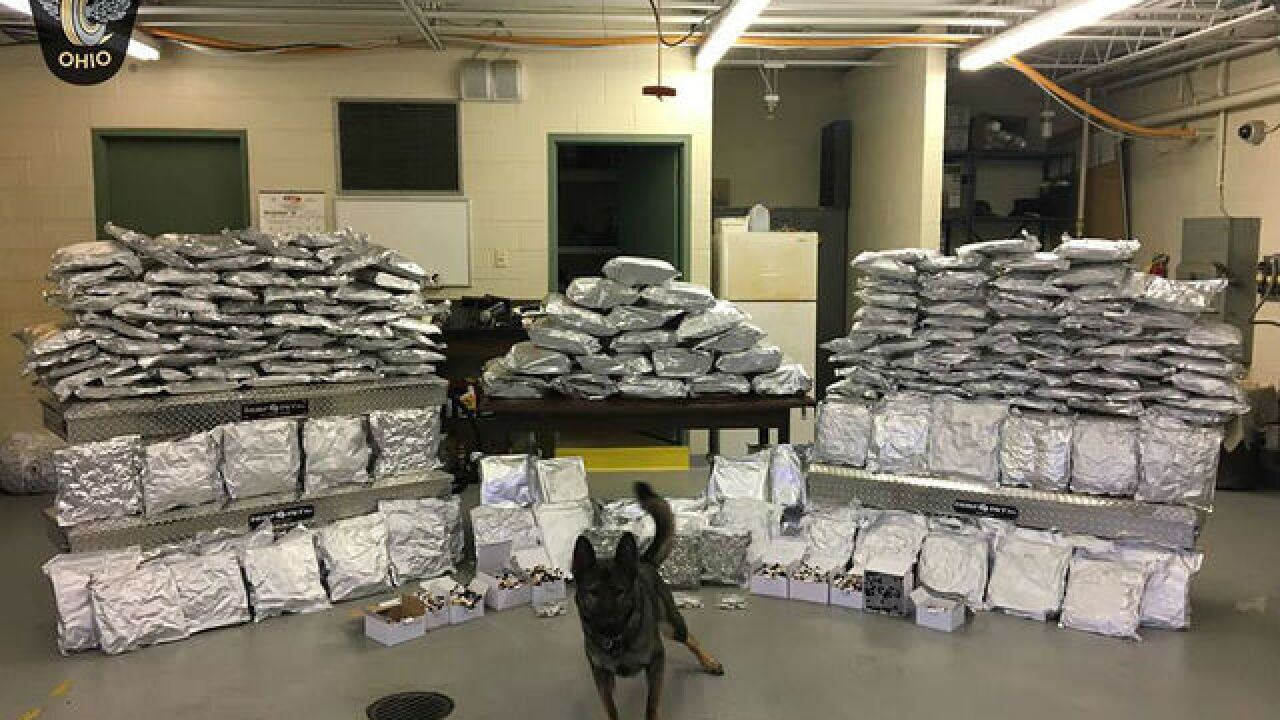 A routine traffic stop conducted by the Ohio State Highway Patrol on Monday afternoon led to a huge drug bust when troopers discovered $1.2 million worth of marijuana in the vehicle they stopped in Madison County.

On Nov. 19 at around 12 p.m., OSHP stopped a Penske moving truck with Indiana plates for a speeding violation on Interstate 70, troopers said.

According to troopers, criminal indicators were observed and a drug-sniffing canine was brought to the vehicle. Troopers conducted a probable cause search and seized 250 pounds of marijuana, valued at approximately $1.2 million.

The driver, Benjamin Malugani, 23, from Willits, California, was charged with possession of marijuana, a second-degree felony, according to troopers.

If convicted, Malugani could face up to eight years in prison and up to a $15,000 fine.