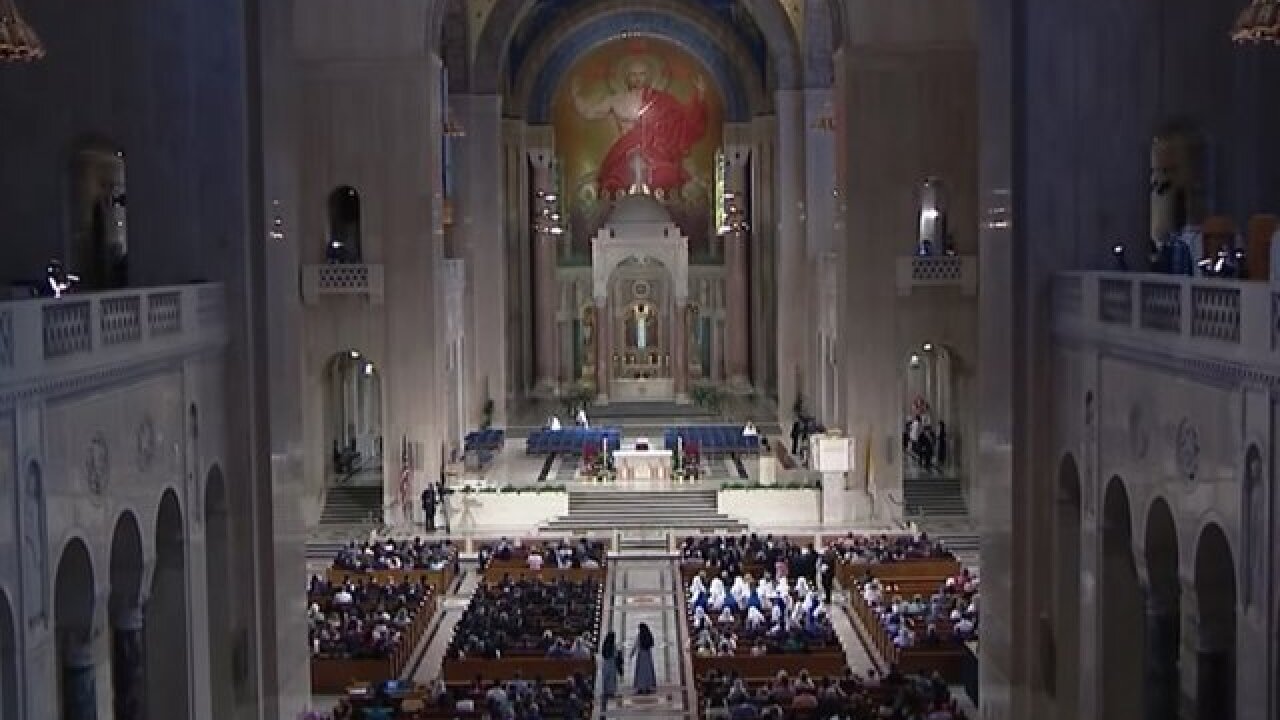 An Ohio Roman Catholic diocese has released the names of 16 priests and one seminarian who it says have been credibly accused or have admitted to sexually abusing minors.

The Diocese of Steubenville in southeast Ohio said Wednesday most of the accusations are decades old. A spokesman said last month it would release names dating back to its formation in 1944.

The release comes a day after a priest who ministered at two diocesan parishes appeared in court on sexual battery charges for a relationship with an underage girl. Charges were filed after the Rev. Henry Christopher Foxhoven told Bishop Jeffrey Montforton about the relationship Saturday.

The Diocese of Youngstown released a list of 34 accused priests Tuesday.

Montforton vowed in a statement to do everything possible to protect children.