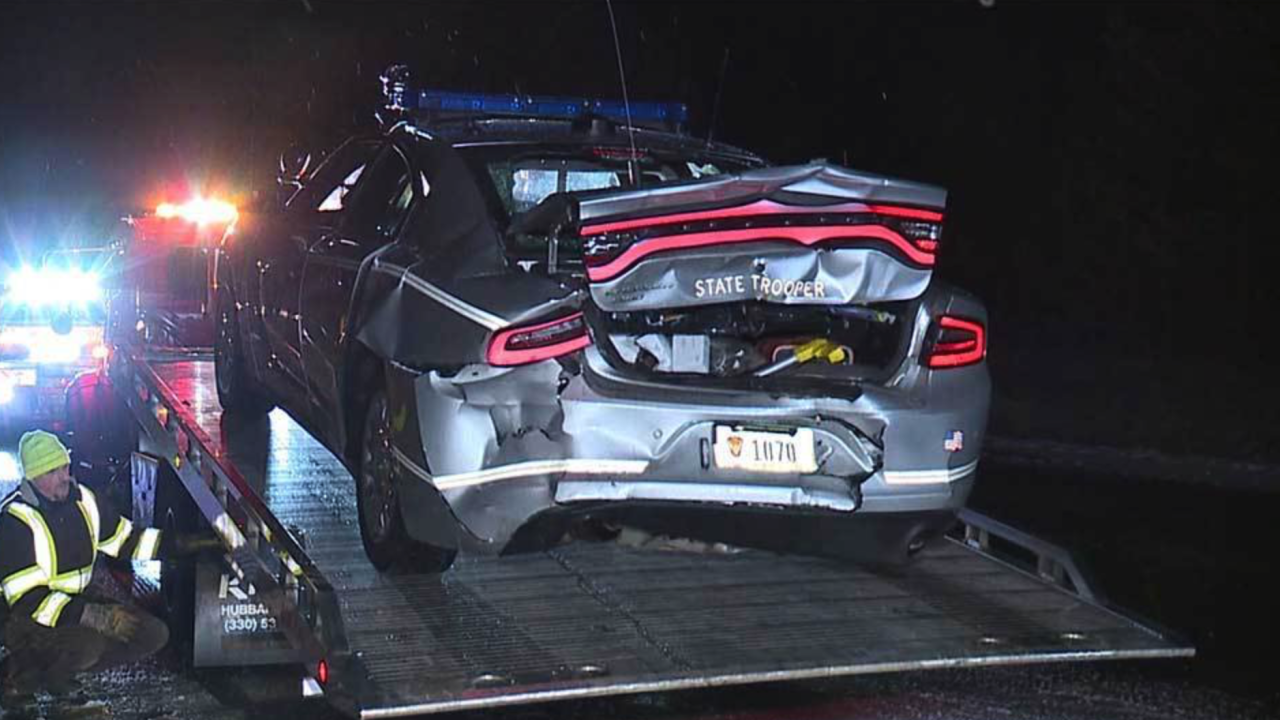 Around 1:47 a.m., a marked Ohio State Highway Patrol cruiser with its emergency lights on was parked on state Route 11 partially in the left northbound lane assisting a disabled vehicle, troopers said.

The driver of the vehicle and the trooper were both in the cruiser when the driver of a 2011 Nissan hatchback was traveling north on SR 11 and lost control of his vehicle, striking the cruiser, according to troopers.

The Trooper, passenger and driver of the Nissan were all transported to a nearby hospital with non-life threatening injuries, troopers said.

The left northbound lane of SR 11 was covered in snow and slush at the time of the crash, but the right lane was clear, according to troopers.

Alcohol and drugs are not suspected to be factors in the crash, which remains under investigation.