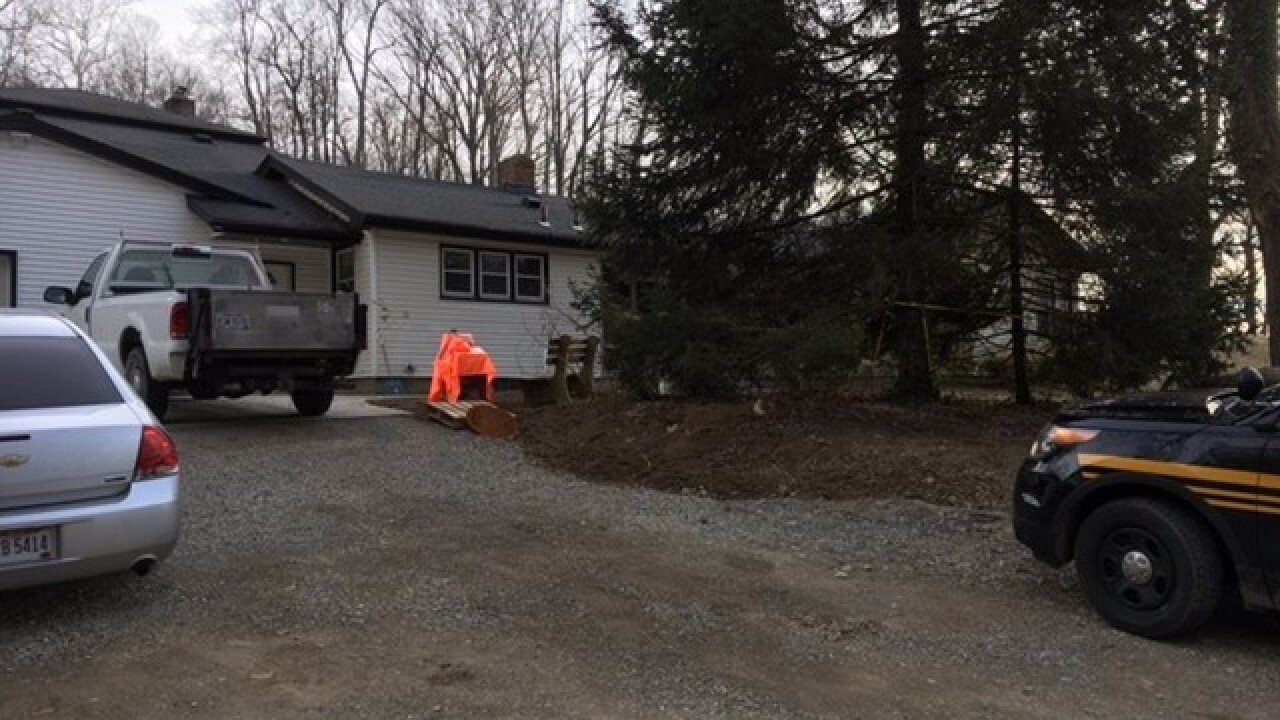 Copyright 2018 Scripps Media, Inc. All rights reserved. This material may not be published, broadcast, rewritten, or redistributed.
Lauren Pack | The JournalNews
<p>A 17-year-old has been arrested and charged in a fatal shooting on Tuesday night in Ross Township at this Hine Road location.</p>

Two teenagers are facing charges in the shooting death of an Ohio high school student on Tuesday, authorities said.

It was the shooting suspect's mother who discovered the body of Austin Hensley, 18, on her couch when she came home.

“It is always tragic when life is lost, especially when everyone involved is so young,” Jones said.

Jones said Hensley and suspect, both "wannabe gangsters," met to trade guns, but the suspect intended to rob Hensley.

Hensley was shot and killed during the attempted robbery, according to Jones.

Hensley was a junior at the school, Martin said. He said additional support staff were on hand Wednesday for students.

"We loved Austin, and our prayers go our to his friends and family," Martin wrote. "These events are yet another reminder that no community is immune from the scourge of senseless gun violence. We are sure that as the police investigation unfolds, more details will come to light. However, that does not change the fact that a young man has lost his life and, regardless of the circumstances, that is a tragedy."

Jones said the suspect had been kicked out of school.

The shooting happened at the shooting suspect's home at about 6:30 p.m. Tuesday, Jones said. Hensley died from the gunshot wound at 9:40 p.m., according to the coroner's report. Detectives and deputies remained at the house finishing the investigation Wednesday morning.

The shooting suspect was booked into the Butler County Juvenile Detention Center shortly after midnight Tuesday. His pretrial date was set for 1:30 p.m. Feb. 12 before Judge Roman.

News 5 does not identify underage suspects in criminal proceedings involving a minor.