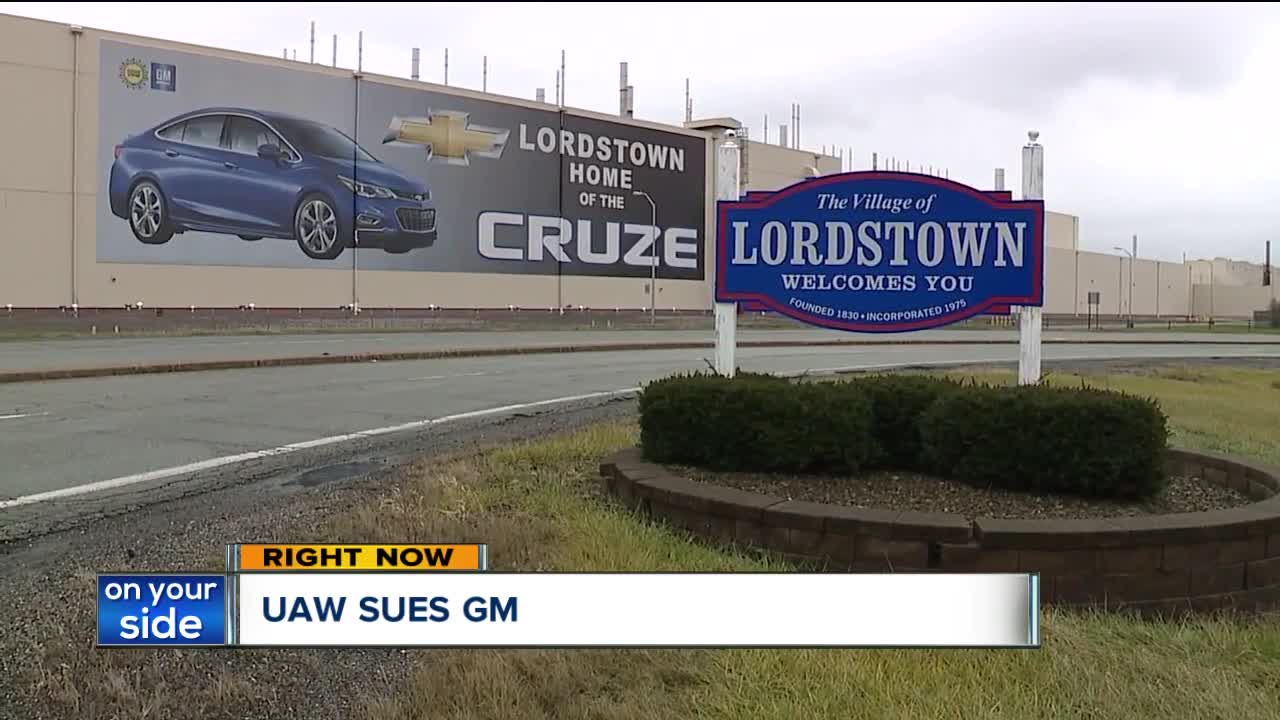 LORDSTOWN, Ohio — The United Auto Workers union is suing General Motors accusing the car manufacturer of violating an agreement by continuing to use temporary employees at the Fort Wayne, Indiana plant instead of bringing laid off workers from Lordstown to work at the plant, a lawsuit filed in the Ohio Northern District alleges.

The union originally agreed to hire temporary employees at Fort Wayne through Aug. 31 to support the production of a new pickup truck. General Motors requested to extend the contracts of the temporary workers through Feb. 28, in which the union settled on Dec. 31 on the condition the company provided a plan to transfer seniority employees to Fort Wayne, the lawsuit states.

Out of the 1,000 employees with senior status who were laid-off nationwide, 690 of those workers were laid-off from Lordstown and applied for openings at the Fort Wayne assembly.

The lawsuit states that the company still is employing the temporary group of workers instead of workers laid-off at Lordstown and other GM facility. In the collective bargaining agreement between GM and UAW, there are clauses that stipulate employees from closed or idled facilities are given special attention.

“The parties will provide eligible seniority laid-off and active seniority employees an opportunity to relocate to UAW-GM facilities outside of their area, with particular emphasis on placing employees from closed or idled facilities,” the collective bargaining agreement states.

The agreement between the parties, which went into effect in October 2015, also defines the circumstances in which temporary employees can be utilized, the lawsuit states.

“Temporary employees can be utilized… as vacation replacements and on other occasions such as, but not limited to, product launch, hunting season, and awaiting transfer of laid off employees from other locations,” the lawsuit states.

Additionally, the spokesperson said some former Lordstown employees are in the process of transferring to Fort Wayne.

Late last year, GM started the process to bring about 50 Lordstown employees to Ft. Wayne to fill some of positions that had been covered by temporary employees,” the spokesperson said in an email. “In fact, about 35 Lordstown UAW members will be in place by the end of January. We have ongoing discussions with the UAW regarding our staffing needs in Ft. Wayne, but have no further comments on the lawsuit.”

“UAW members negotiated a binding agreement and we expect General Motors to follow the contract they agreed to and GM members ratified,” said Terry Dittes, the UAW vice president and director of the GM department.

Over the summer 600 GM employees opted to take an early retirement or take a buyout when the elimination of the second shift was announced. A third shift had already been cut in January 2017.

Once GM plant in Lordstown shutters production in March, a total of around 4,500 people will have lost their jobs.

Lordstown has some relief in sight. In December, the village council approved changes to a tax abatement agreement betweeen the county and TJX Homegoods, the parent company of TJ Maxx. The deal is expected to bring 1000 jobs back to the beleaguered town by 2024.