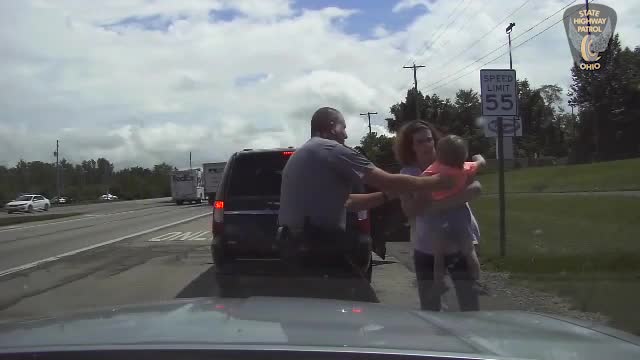 On July 17, Sergeant Ty Skaggs of the OSHP Delaware Post was heading home for the day when he came across a minivan that had pulled over onto the side of the road on US 23 near mile marker 10, authorities said.

When the trooper approached the van to check on the occupants, a woman pulled her 2-year-old son out of the vehicle, started patting him on the back in an attempt to dislodge a chicken nugget he was choking on, authorities said.

The trooper took the child from the woman, performed the Heimlich maneuver and the chicken nugget shot out of the boy’s mouth, allowing him to breathe, authorities said.

Following the ordeal, Skaggs gave the little boy a Trooper Teddy Hug-A-Bear to “reassure him and his mother he was going to be OK.”