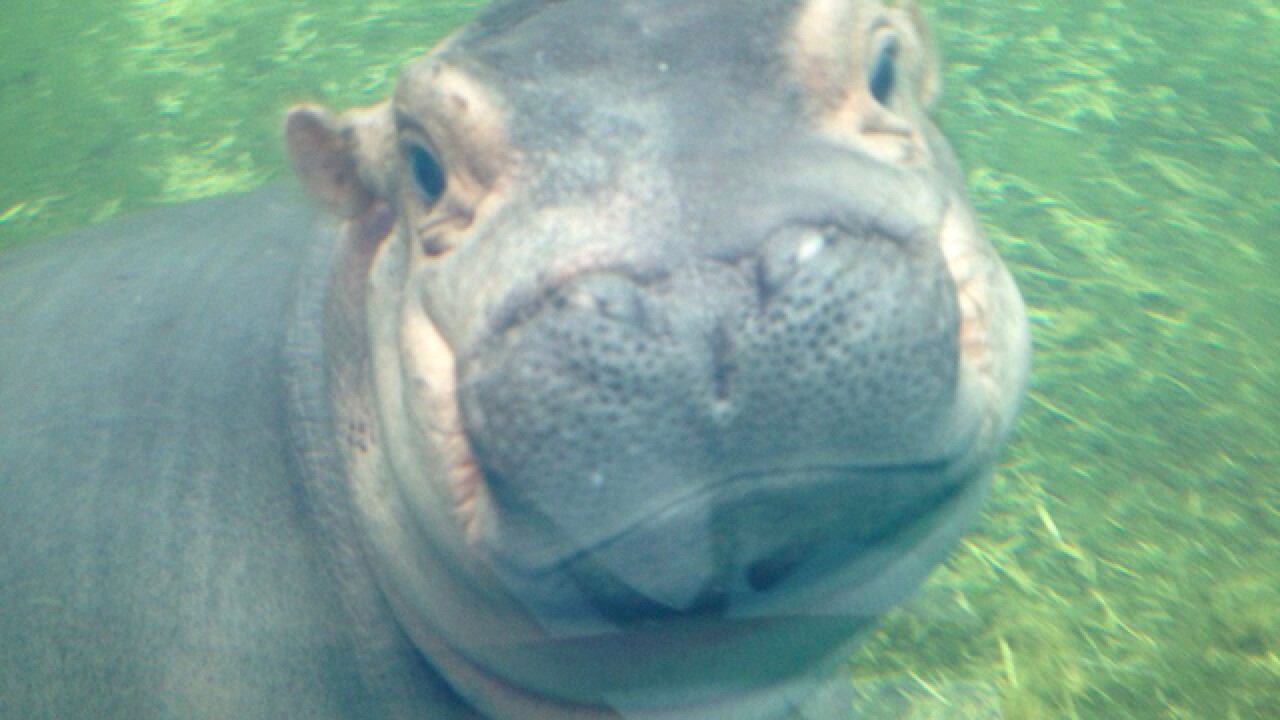 CINCINNATI -- "The Cincinnati Zoo has raised a lot of animals over a long period of time, but it is hard to think of a baby that's ever been more loved and more followed all over the world than baby Fiona," Cincinnati Zoo director Thane Maynard said Wednesday evening.

WCPO employees were among the first people to get a glimpse of the much-adored Nile hippo that night as she made her debut for a small group of media outlets.

Fiona, who was born prematurely and has become hugely popular thanks to photos and videos the Cincinnati Zoo has posted online, has been exploring her outdoor habitat after hours. She is joined in the 9-foot pool by swimmers who are there to play the role of family members who would help her learn to negotiate the water, as she must propel herself up from the bottom to breathe.

Adult hippos such as Bibi and Henry, Fiona's parents, can hold their breath underwater for up to six minutes. Fiona can hold hers for about 2 1/2 minutes, according to zookeeper Christina Gorsuch, which means she's right on schedule.

Gorsuch added that Fiona is a natural-born star with a big personality.

"She is a diva through and through," she said. "She is a bit sassy."

PHOTOS:  Fiona's big adventure out in the deep hippo pool

In addition to growing comfortable in the outdoor habitat, Fiona has also been slowly introduced to her parents. So far, interactions with both her mom and dad have been positive, according to zoo officials.

Getting used to the habitat and getting along with her parents are the two main factors between Fiona and the public. Zoo officials are hoping that the public will get to see Fiona in the next couple of weeks, but no firm date has been set.

Even once Fiona does make her way out during the day, visitors may or may not see her as she could be napping behind a rock or opting to stay inside. Maynard asked visitors to be patient -- although Fiona is a local celebrity, she is still a baby animal. Her comfort and healthy development are far more important than humans' desire to appreciate her (super cute) face.

"We are letting Fiona set the schedule," Maynard said.