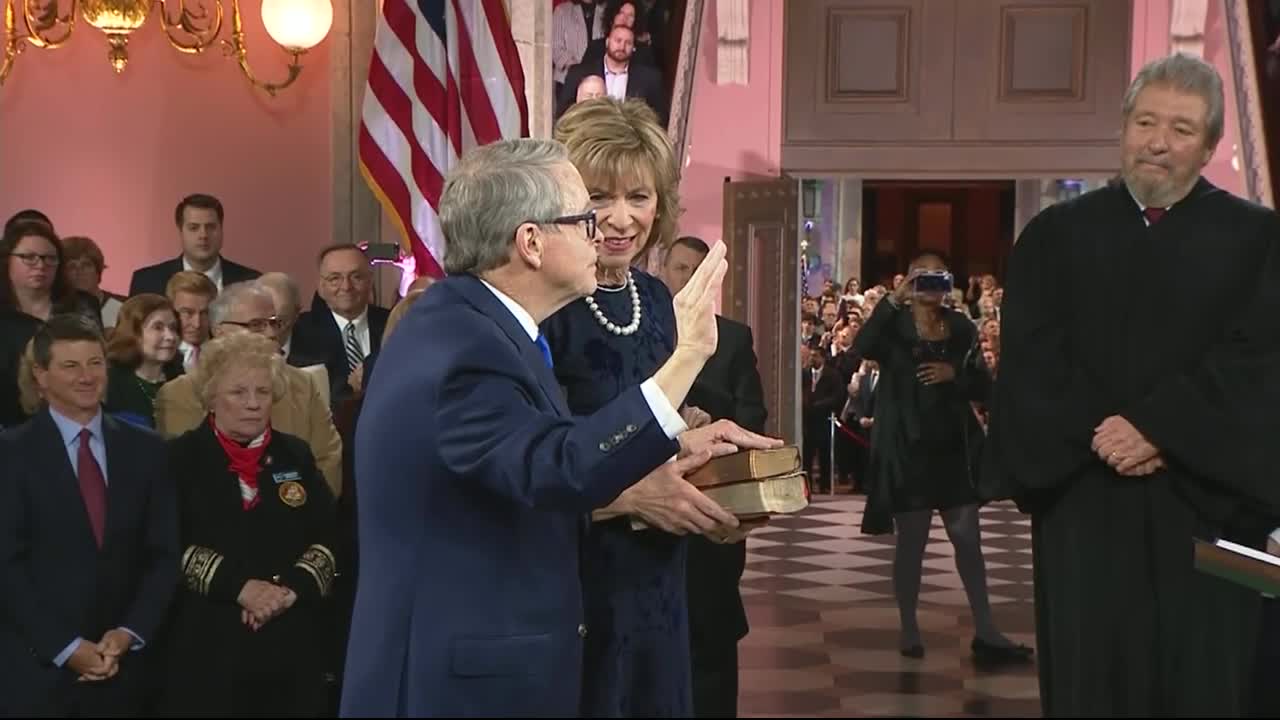 Ohio Governor Mike DeWine was sworn in at a public ceremony at the Ohio Statehouse Monday. 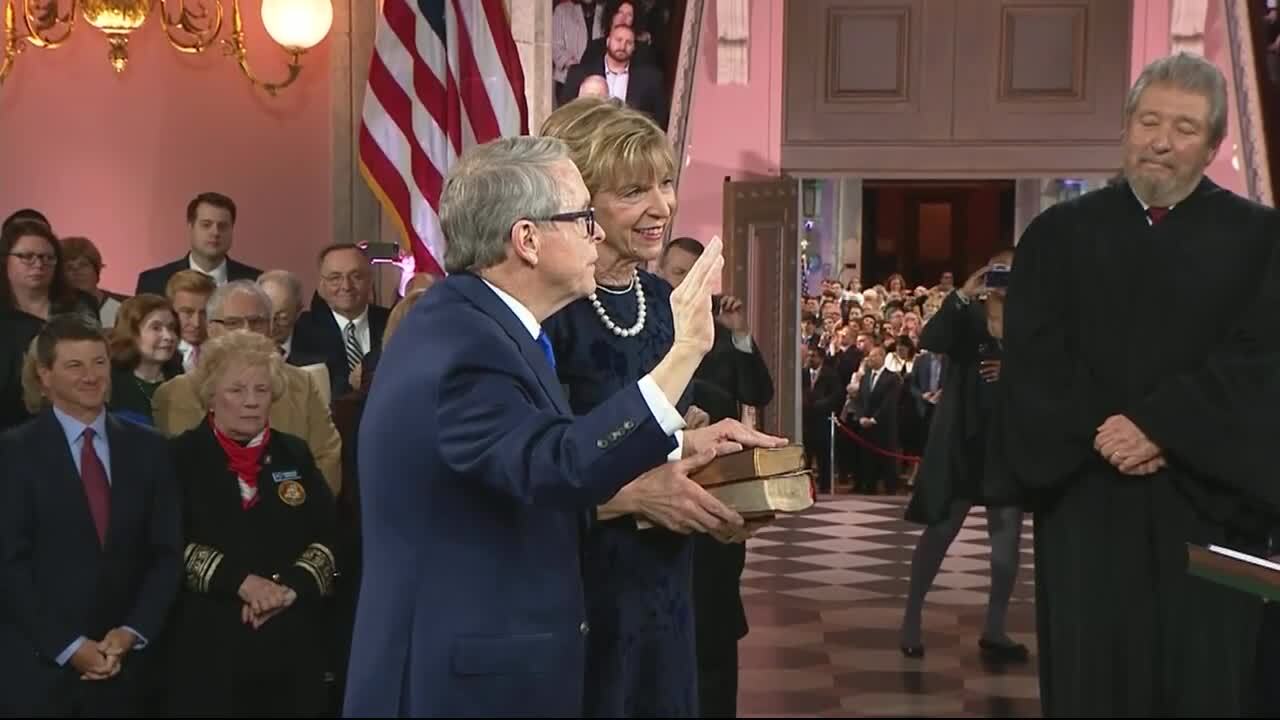 COLUMBUS — After being officially sworn in at 12:01 a.m. Monday, Ohio Governor Mike DeWine and Lt. Governor Jon Husted attended a public swearing-in ceremony at the Ohio Statehouse at 12 p.m.

Gov. DeWine and Lt. Gov. Husted officially took the Oath of Office during a brief midnight ceremony at DeWine’s farm in Cedarville, according to a news release from the governor’s office. He was sworn in by his son, Ohio Supreme Court Justice R. Patrick DeWine, with his long-time friend Thomas M. Rose, Senior Judge of the United State District Court for the Southern District of Ohio, presiding over the ceremony.

Immediately after taking office, DeWine issued the following executive orders, according to the news release: