Woman rescued after falling off a jet ski, being in water for 14 hours 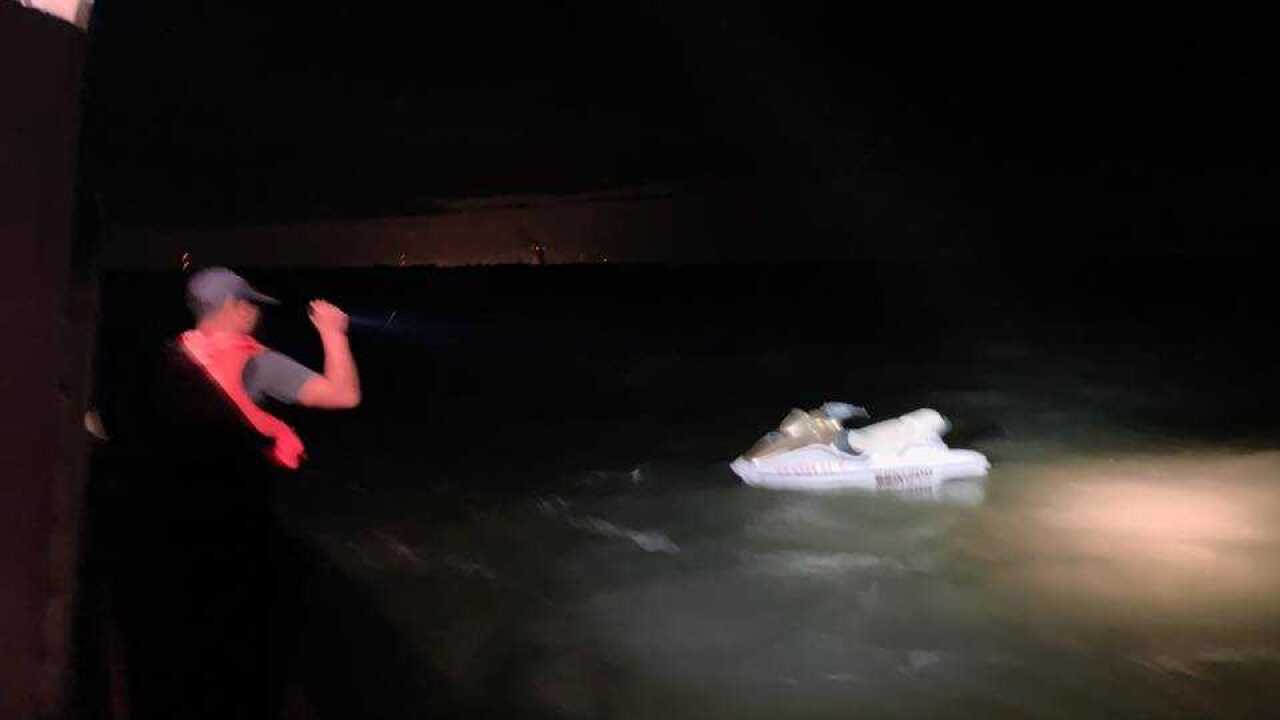 PORT CLINTON, Ohio — A good Samaritan rescued a woman who was in the Portage River near Port Clinton for 14 hours after falling of her jet ski.

The Coast Guard received a call around 8 p.m. on Sunday stating that a 57-year-old mother had fallen off of her jet ski and there was no sight of her.

Sector Detroit watchstanders issued an Urgent Marine Information Broadcast and launched a 45-foot response boat crew from Marblehead and a helicopter from Detroit to begin the search.

The helicopter found the jet ski around 1:15 a.m. Monday, with the woman's cell phone on board and the kill-switch detached. The search was heightened to 10 water assets and five air assets.

All of those crews searched for almost 14 hours, covering 693 square miles.

A local charter boat rescued the woman around 9:30 a.m. Monday.

The woman was wearing a life jacket and had a sound-producing device.

Both of these devices led to her surviving the 79-degree water for nearly 14 hours.

The good Samaritan crew transported the woman to awaiting emergency medical services, where she was evaluated and transported to a local hospital.