Thomas has smashing debut as Cavs down Trail Blazers 127-110 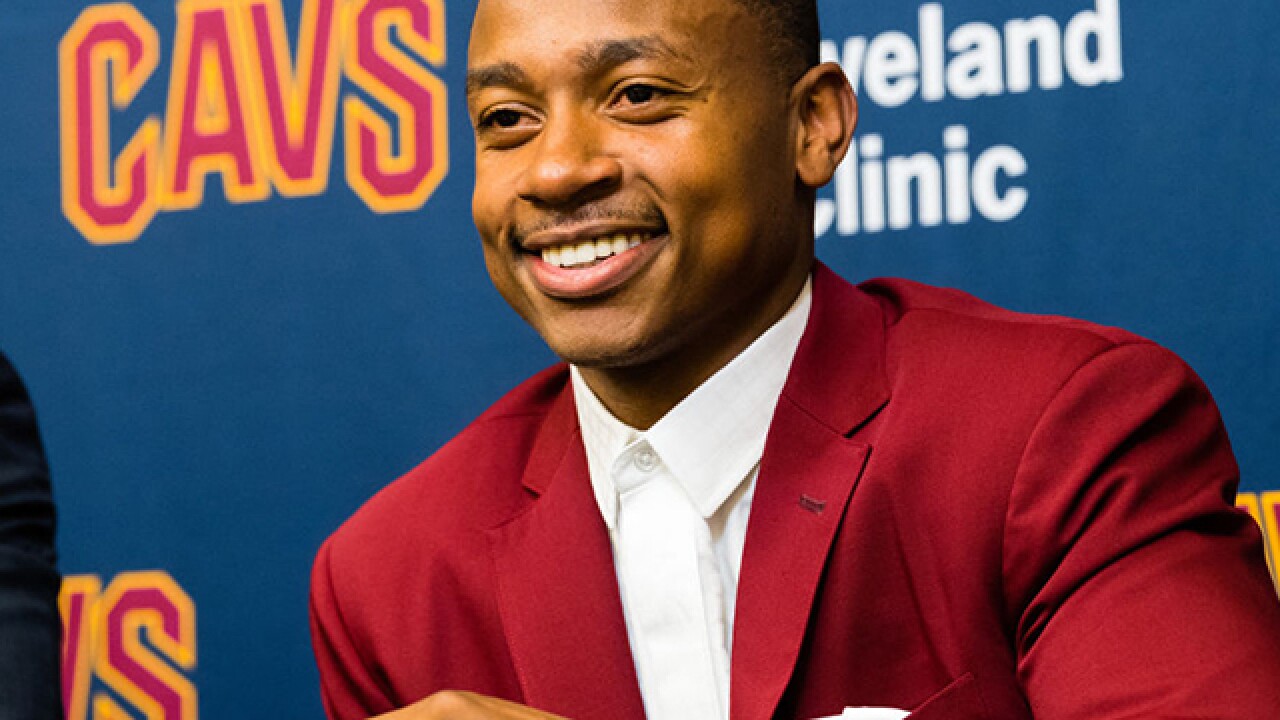 Copyright Getty Images
<p>INDEPENDENCE, OH - SEPTEMBER 7: Isaiah Thomas is introduced as a Cleveland Cavalier at Cleveland Clinic Courts on September 7, 2017 in Independence, Ohio. NOTE TO USER: User expressly acknowledges and agrees that, by downloading and or using this photograph, User is consenting to the terms and conditions of the Getty Images License Agreement. (Photo by Jason Miller/Getty Images)</p>

Isaiah Thomas showed flashes of what made him an All-Star in his long-awaited Cleveland debut as the Cavaliers snapped a three-game losing streak with a 127-110 win over the Portland Trail Blazers on Tuesday night.

Thomas scored 17 points and played 19 minutes in his first game in seven months, an impressive return to action for the dynamic point guard. Thomas added three 3-pointers and three assists before leaving with 8:10 left and the Cavs up by 12.

LeBron James scored 24 points, Kevin Love had 19 and Jae Crowder added 15 for the Cavs, who were coming off losses at Golden State, Sacramento and Utah.

Damian Lillard scored 25 for the Blazers after missing five games with a hamstring injury. Jusuf Nurkic added 23 and CJ McCollum had 19 for Portland.

The Cavs were unable to separate from the Blazers until Thomas and Dwyane Wade teamed up in the fourth quarter.

Thomas, who finished 6 of 12 from the field, knocked down a jumper and then fired a pass toward the baseline to a cutting Wade, who made a reverse layup. On Cleveland’s next possession, Thomas spotted up in the corner in front of Cleveland’s bench and buried a 3-pointer to give the Cavs a 100-91 lead.

A few moments later, James was sent in for Thomas, who first got a hug from his teammate and another from coach Tyronn Lue as the crowd roared.

Thomas hadn’t played since May 19 because of a torn labrum in his hip that ended his 2017 postseason with Boston and threatened to derail his career. But the 5-foot-9 playmaker, who inspired the Celtics and an entire city last year, patiently stuck with his rehab.

With 4:33 left in the first quarter, Thomas, wearing his familiar headband and No. 3, checked in to a loud ovation as Cleveland fans finally got to see a player they believe can help the three-time defending Eastern Conference champions win another title.

Thomas picked up a quick assist with a pass to Crowder, who came with him from Boston in the summer trade that sent Kyrie Irving to the Celtics and shook the NBA. Thomas drained his next shot, a pull-up jumper from 14 feet, and then made one of his signature moves.

Driving the lane past Portland’s Shabazz Napier, Thomas dropped in a left-handed scoop shot while being fouled and crashing to the floor beyond the baseline. He got up and shook off the contact, clearing another important hurdle in his journey back.

Lue plans to keep close tabs on Thomas’ minutes over the next few weeks while he builds up stamina and confidence. Initially, Thomas won’t play in any back-to-back games, which means he’ll sit out Wednesday’s homecoming in Boston.

Thomas forever endeared himself to Celtics fans last year when he carried Boston in the postseason following his sister’s death in a car crash.

Blazers: Were outscored 36-23 in the fourth. ... Portland went 3-2 without Lillard, who was injured on Dec. 20 against San Antonio. ... Nurkic, a 7-footer, went down hard when he appeared to be hit by James on a drive in the second quarter. However, replays showed that James barely grazed the big man. ... Evan Turner had 15 points and eight rebounds.

Cavaliers: Thomas has expressed deep disappointment that the Celtics dealt him. But he has no issues with Boston fans and expects a warm greeting for his return. “I know it will be all love,” he said. “I keep saying that I gave that city everything I had and they showed me genuine love back and I think that love is going to last forever. So, there are no hard feelings. This ain’t no revenge game.” ... Love played despite staying home ill from the morning shootaround.

Blazers: Home against Atlanta on Friday.

Cavaliers: Begin a five-game trip against the Celtics. Cleveland beat Boston in the season opener.