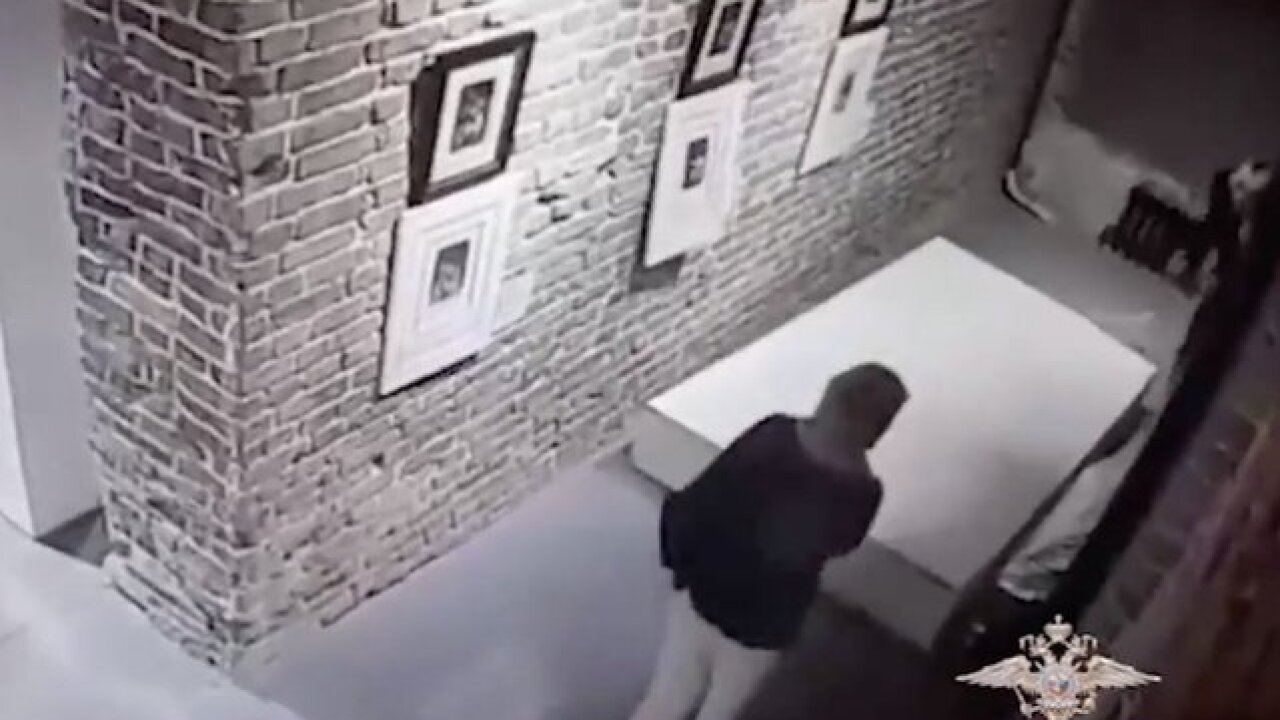 A picture is worth a thousand words, but what about a selfie?

A group of women in Yekaterinburg, Russia, may find out soon after one of them tried to take a selfie on October 27 and accidentally knocked over a structure at the International Arts Center Main Avenue. The structure was carrying two works of art, according to the Russian Ministry of Internal Affairs (MIA) and state-run news agency TASS.

A surveillance video provided by MIA shows three people looking at art in the gallery when a structure carrying two works of art falls over. A person is seen behind the fallen structure.

The damaged artworks, according to TASS, include a Francisco Goya etching from the Los Caprichos series and Salvador Dali's interpretation of it. Goya's work was also part of the gallery owner's private collection.

"Goya's work had its frame and glass broken," a center employee told TASS. "As far as Dali's artwork is concerned, apart from shattered frame and protective glass, it also suffered damage to the picture itself."

Irina Volk, the official representative of the Russian Interior Ministry, said police have received a written statement from the deputy director of the cultural center requesting justice for the paintings.

"Employees of the Ministry of Internal Affairs of Russia identified three women who, during the survey, explained that the stand was touched by accident at the time when they tried to make a photo against the background of the paintings," Volk said. Police said the women came to the exhibit from Chelyabinsk as part of a tour.

Yekaterinburg refused to open a criminal case against the women, MIA said.