UK to exclude Huawei from role in 5G phone network 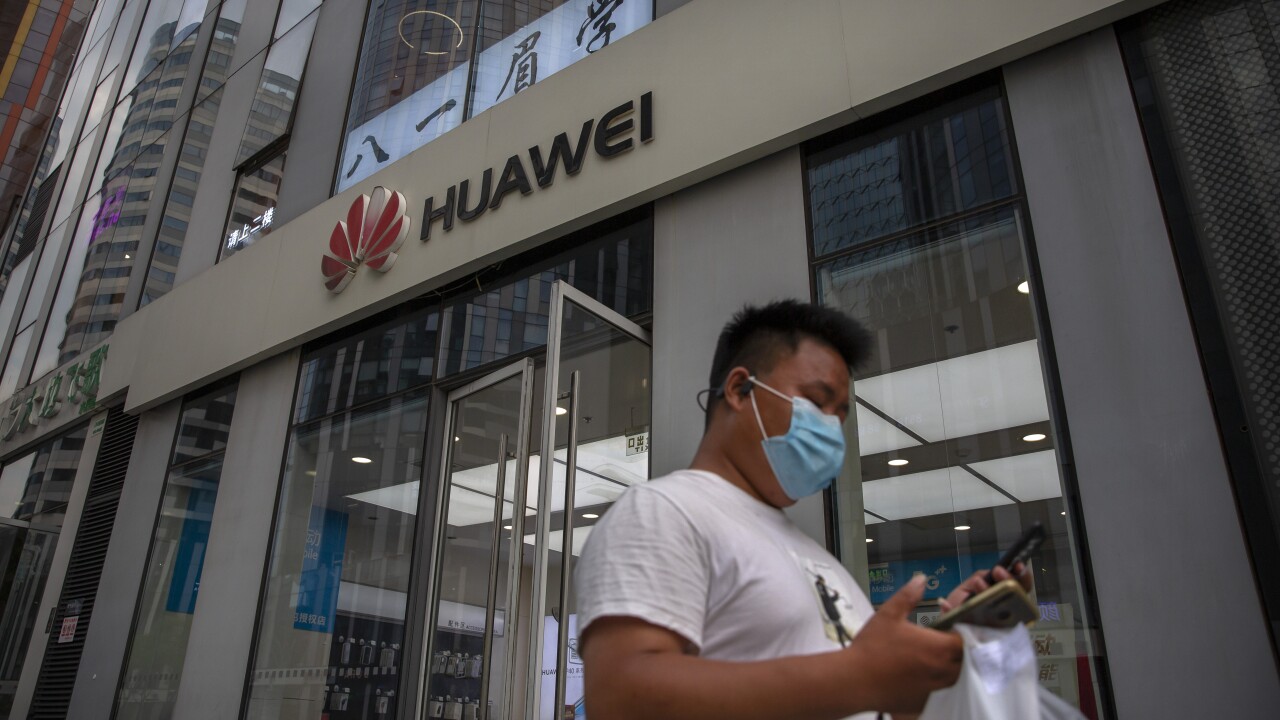 Copyright 2020 The Associated Press. All rights reserved
Mark Schiefelbein/AP
FILE - In this Wednesday, July 1, 2020 file photo, a man wearing a face mask to protect against the new coronavirus looks at his smartphone as he walks past a Huawei store in Beijing. The British government is reportedly poised to backtrack on plans to give Chinese telecommunications giant Huawei a limited role in the U.K.‘s new high-speed mobile phone network, a decision with broad implications for relations between the two countries. Britain’s decision to re-examine the question, the results of which will be announced Tuesday, July 14 came after the U.S. threatened to sever an intelligence-sharing arrangement because of concerns Huawei equipment could allow the Beijing government to infiltrate U.K. networks. (AP Photo/Mark Schiefelbein, file)

Britain’s government has backtracked on plans to give Chinese telecommunications company Huawei a limited role in the U.K.’s new high-speed mobile phone network in a decision with broad implications for relations between London and Beijing.

Britain imposed the ban Tuesday after the U.S. threatened to sever an intelligence-sharing arrangement because of concerns Huawei equipment could allow the Chinese government to infiltrate U.K. networks.

Prime Minister Boris Johnson was under pressure from rebels in his own Conservative Party who criticized China’s new Hong Kong security law and its treatment of ethnic Uighurs, as well as Huawei’s links to the Chinese government.