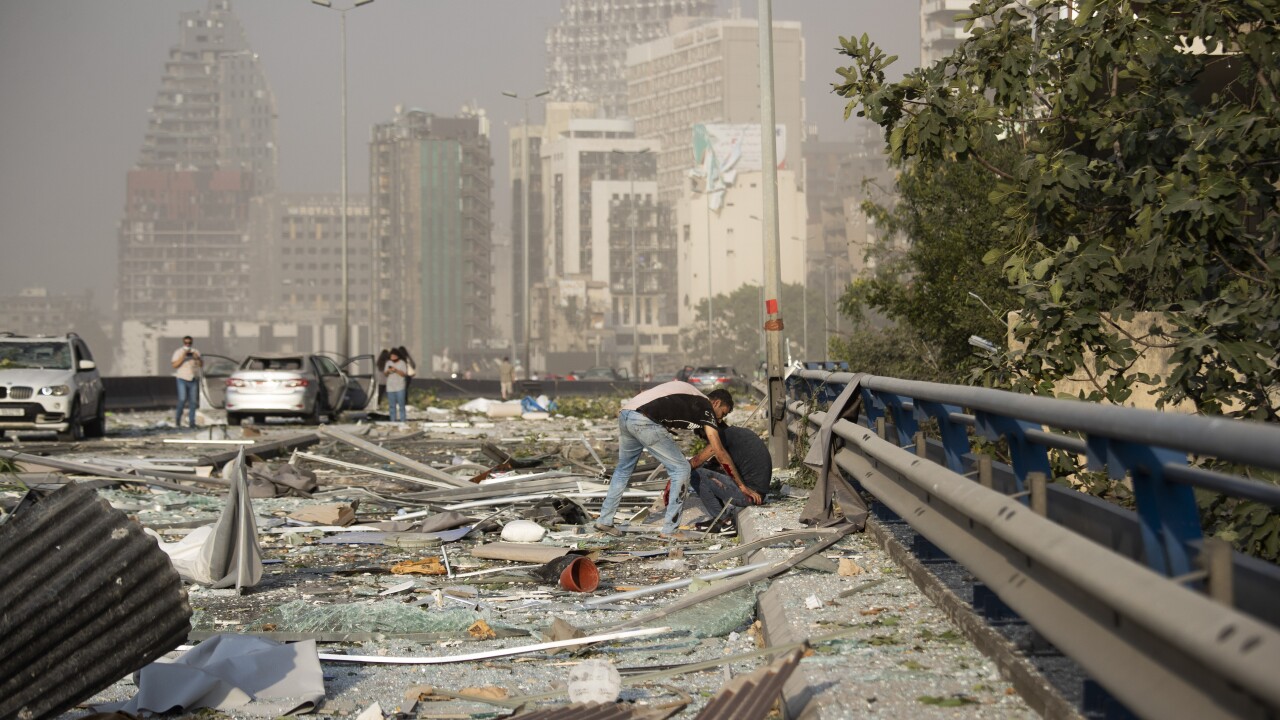 Aftermath of a massive explosion is seen in in Beirut, Lebanon, Tuesday, Aug. 4, 2020. Massive explosions rocked downtown Beirut on Tuesday, flattening much of the port, damaging buildings and blowing out windows and doors as a giant mushroom cloud rose above the capital. Witnesses saw many people injured by flying glass and debris. (AP Photo/Hassan Ammar)

BEIRUT, Lebanon — Lebanon's health minister says more than 70 people were killed and more than 3,000 were injured in the huge explosion that rocked Beirut Tuesday.

On Wednesday, emergency workers were seen surveying the destruction. Watch it live in the media player below:

The blast Tuesday flattened much of the city's port, damaging buildings across the capital and sending a giant mushroom cloud into the sky. Hours later, ambulances still carried away the wounded as army helicopters helped battle fires raging at the port