Ohio's unemployment could go up to 20%, compared to 10% during Great Recession, Lt. Gov. Husted says 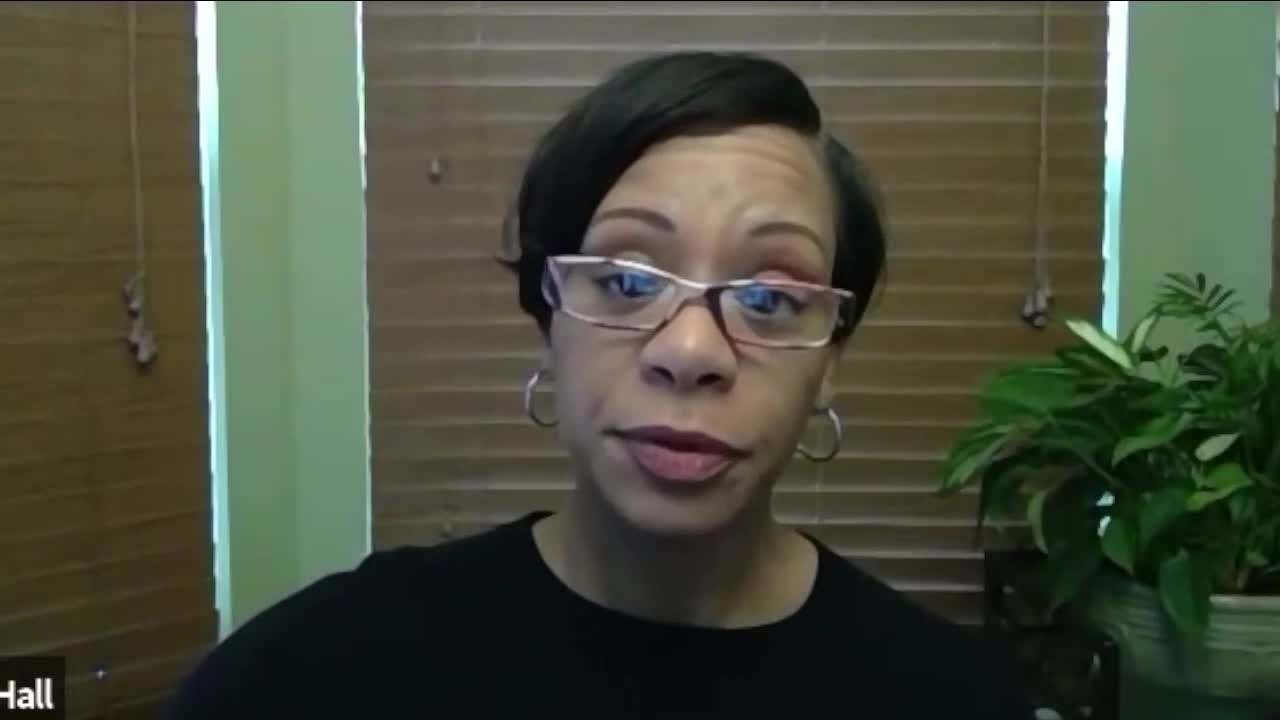 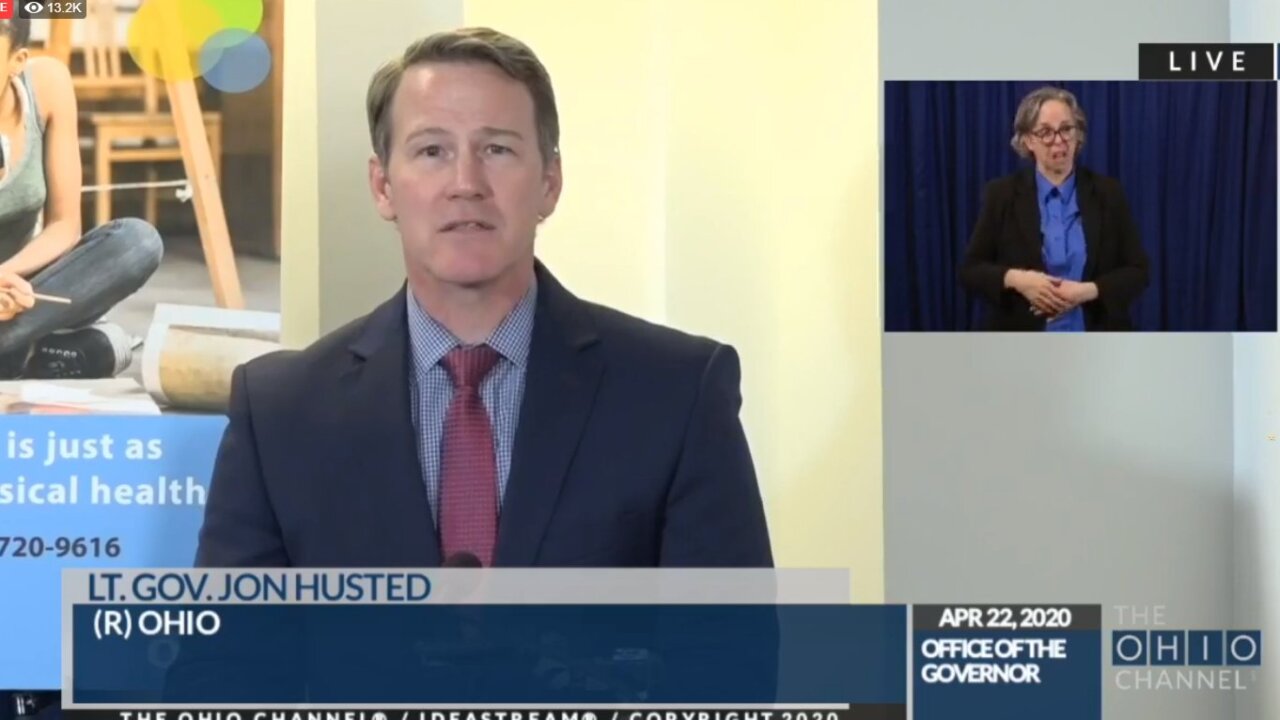 COLUMBUS, Ohio — As the state begins a gradual reopening, Lt. Gov. Jon Husted said the coronavirus pandemic has taken a financial toll on Ohioans as he said modelers think Ohio’s unemployment could go as high as 20%, which is higher than that of the recorded Great Recession unemployment at 10.9%.

This is NOT great news. Modelers think #Ohio unemployment could go as high as 20%, acc. to @LtGovHusted He says during the Great Recession, the highest unemployment was around 10%. #COVID19

Lt. Husted said there is a price to be paid during the coronavirus pandemic, not only a health price, but an economic price for the drastic shutdown of the economy, and he weighs those things as the state begins a plan to reopen.

"We want economic activity to happen, but we want customers and employees to feel safe," Husted said. "There is a way for businesses to make it reasonably safe and mitigate the risk - and many businesses are doing this today. We will provide more guidance soon."

He understands many are concerned about returning to work, but made it clear that employers are doing everything to keep their employees safe.

"I would feel comfortable working in the business conditions that we are discussing. I would encourage my own family members to go to work under the conditions that we will announce. The exception: individuals who are over 65 or have existing health conditions," he said.

To put the economic situation in perspective, Husted said there were 5.6 million people in Ohio working, and since March 15, the state has lost about 1 million jobs. Nationally, that number is over 25 million.

Husted said by looking at past recessions as unemployment rates go up, so do rates for suicide, drug addiction, homelessness, domestic violence, and more health consequences.

"It hurts people the most who are at the low end of the economic scale, not just on job access but on wages and wage growth and being able to pay the bills," Husted said. "It weighs heavily on that part of the population as the statistics show right now. And this is not to mention that there are many small businesses out there. And I’ve talked to lots of them who are within days, weeks of running out of money and many of them will potentially close, not just for a while but forever."

Husted said the road to recovery will be long and gradual, but he believes Ohioans can learn to work and live while being safe.

While the exact unemployment rate in Ohio right now isn't clear, the Ohio Department of Job and Family Services said Wednesday that more than 850,000 people have applied for unemployment.

The unemployment system is flooded, averaging 142,000 calls on the weekends and about 650,000 calls on weekdays, though ODJFS director Kimberly Hall said that includes people repeatedly calling and hanging up because they are unable to get through, as well as those who are getting disconnected.

"When you multiply that by about six minutes or so to handle a call, we’re looking at needing, we would need 3,500 agents to answer every single one of those calls," Hall said.

Hall estimated the cost of paying all those workers at $149 million over six months and said it's not feasible.

She expressed pride for the work her team is doing and for their commitment, but she stressed she isn't satisfied with how things are going and won't be until everyone can be helped.

Hall said that ODJFS expects to begin paying out the extra $600 per week unemployment payments by the end of this week. The department also said it plans to roll out its virtual call center at that time, intended to increase capacity and make sure everyone's questions and concerns get answered.

Ohio's unemployment trust fund currently stands at more than $663 million, down from about $1.13 billion on March 20. ODJFS said it could be as long as eight weeks before that fund is depleted. At that point, the state would have to borrow money to continue paying out unemployment benefits, as it did during the Great Recession.

Thoughts from a professor

Michael Goldberg is the executive director of the Veale Institute for Entrepreneurship at Case Western Reserve University and is also an associate professor of entrepreneurship at the Weatherhead School of Management.

"I think nothing has really prepared us for the magnitude and speed of job loss and dislocation," Goldberg said.

On a micro level, Goldberg said, he's seeing graduating students at the university worry about having their internships canceled or their job offers being revoked.

Goldberg said the current crisis and the unemployment it's causing are "jarring, and sort of where we’re going, no one knows."

He said he worked for America Online (AOL) during the dot-com bubble, and he said out of challenging times come new ideas and new companies, even as other jobs are lost.

"This may be this period when folks aren’t working, but I think the question for all of us is what can we be doing during this time frame to kind of prepare ourselves, cause I think we will come out of this, this is gonna pass and how do we get back into creating new companies and dust off our resumes and our skill base so that we can be ready to join the workforce once again," Goldberg said.

He urged people to network and hone new skills during this time, while acknowledging it's not always easy to train for new jobs quickly and adapt.

"While there might not be necessarily job opportunities at this very moment, I think that there are, as folks sort of brandish their skills and reconnect with folks, you want to be in a position that when the economy comes back, that you’re ready to move into something that may be that full-time employment that you lost during this downturn," Goldberg said.