After two decades, what was Cleveland's best sports year of the 2000s? 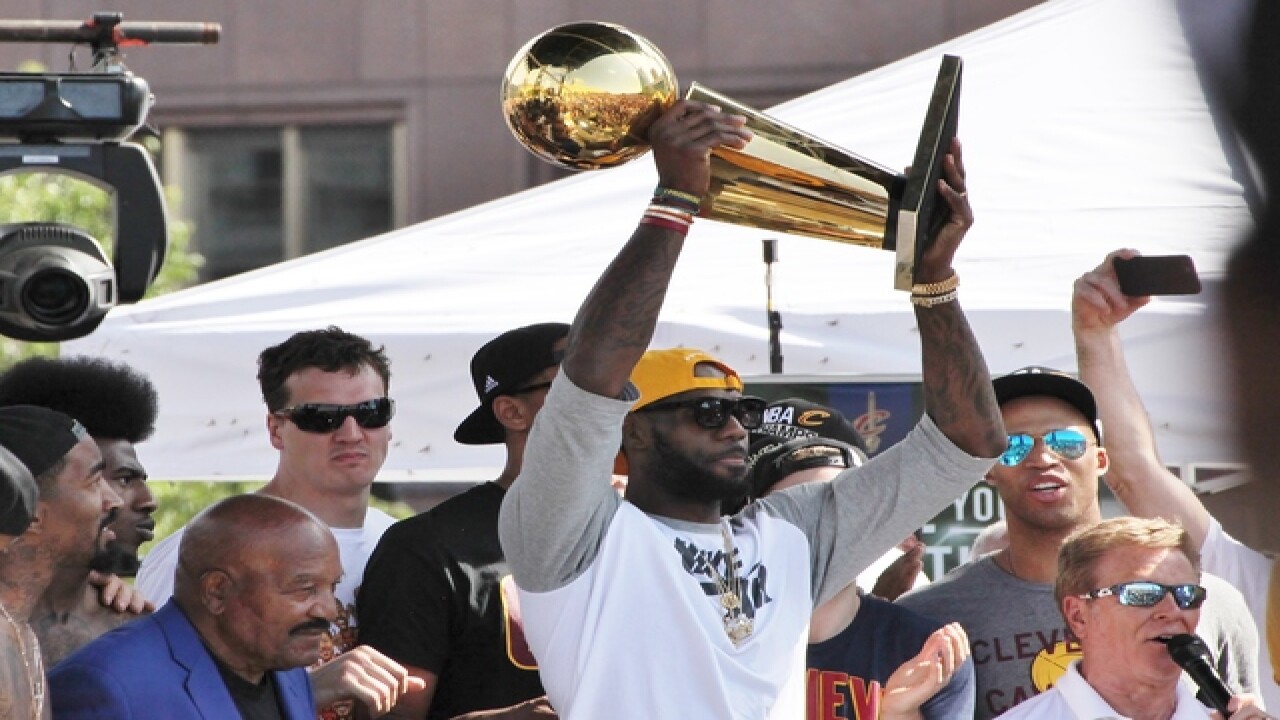 CLEVELAND — With the 2010s coming to a close, it's time to take a look back at what was undeniably the best sports year of this century for Cleveland.

Of course, we're talking about 2016. If you utter the words "2016" to anyone in Cleveland you will get the response "world champs."

It was such a good year that there is only year that might beat 2016 for the best sports year ever in Cleveland history. That was 1948, when the Indians won the World Series and the Browns capped off a perfect season (yes, an actual 14-0 season) by winning the All-American Football Conference Championship.

Here are some reasons why 2016 wins the best sports year of the century, so far.

The UFC fighter kicked off Cleveland's successful 2016 by becoming the UFC heavyweight champion of the world. Miocic knocked out Brazilian Fabricio Werdum in Brazil in May 2016 to take home the title. He brought Cleveland their first championship since 1964.

RELATED: Miocic: 'Cleveland, we got a champion, baby'

Before changing their name to the Cleveland Monsters, the Lake Erie Monsters claimed the first ever Calder Cup win in June 2016. The Monsters defeated the Hershey Bears in Game 4 of the finals for the sweep.

The highlight for all Cavaliers fans was when the team took down the Golden State Warriors on Father's Day. Every fan will remember hearing the "it's over. It's over. Cleveland is the city of champions once again" call after the buzzer went off at the end of the game. Between the shot, the block and the stop, fans will remember this one forever.

For the entire week the city was on cloud nine, with fans from all over the country packing downtown for the Championship parade on June 21, 2016. An estimated 1.3 million people were downtown for the celebration that started with a parade featuring the players, coaches, staff and other Cleveland athletes and celebrities who joined in on the action and led to a rally ceremony at Public Square. Strangers hugged. JR didn't wear a shirt. LeBron gave a great speech. It was magic.

RELATED: It's been 3 years since the Cavs championship parade, but it feels like yesterday

Coming off the high of the Cavs' victory, Cleveland had another chance at a championship against just a few months later. The Indians beat the odds and went to their first World Series in almost 20 years. The Tribe was leading the series 3-1 against the Chicago Cubs before losing a thrilling extra inning game seven and adding "the rain delay" to Cleveland sports tragedy lore. Although they lost, it was still an exciting time for Cleveland fans.

RELATED: Photos: A look back at the 2016 Cleveland Indians season

Cleveland Browns
Yes, the Browns had a garbage season and went 1-15, but at least they didn't lose every game. They had the decency to wait until 2017 to do that.