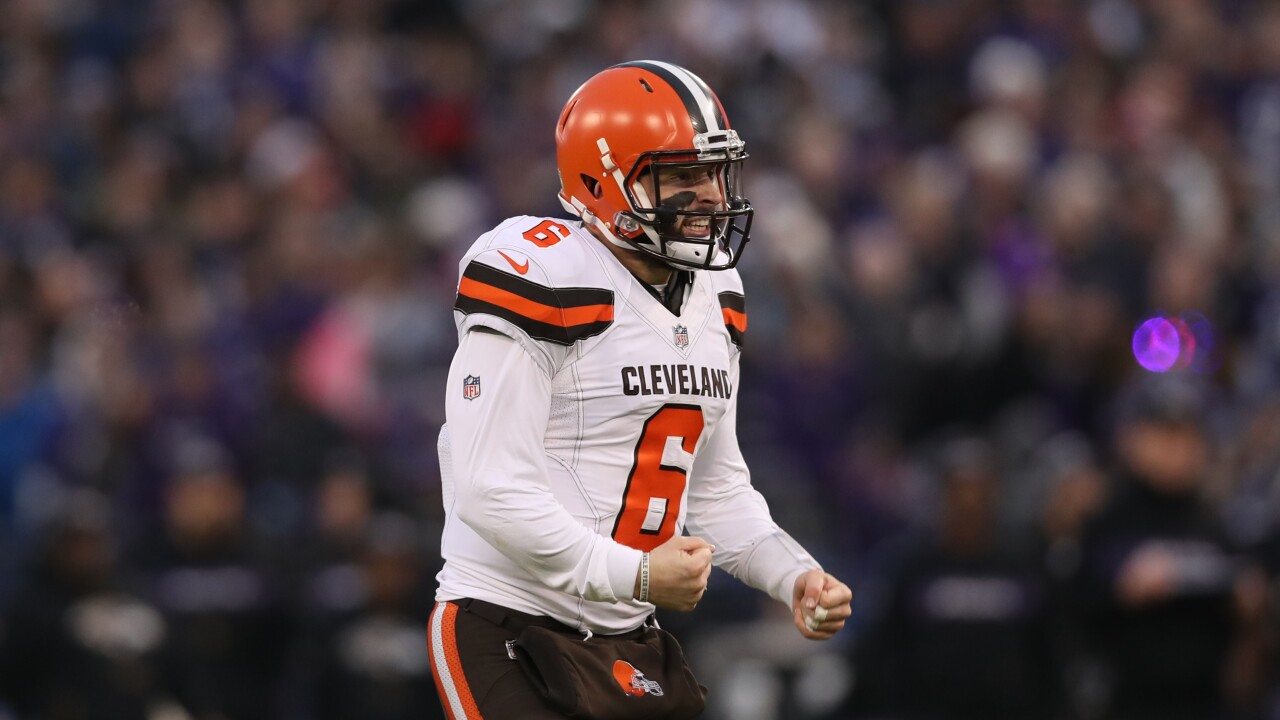 Rob Carr/Getty Images
BALTIMORE, MARYLAND - DECEMBER 30: Quarterback Baker Mayfield #6 of the Cleveland Browns reacts after throwing a touchdown in the first quarter against the Baltimore Ravens at M&T Bank Stadium on December 30, 2018 in Baltimore, Maryland. (Photo by Rob Carr/Getty Images)

BALTIMORE — Baker Mayfield has surpassed Payton Manning and Russell Wilson for most touchdown passes in a rookie season after throwing his 27th touchdown of the season to Antonio Callaway.

No. 27 @bakermayfield now owns the @NFL record for most TD passes in a rookie season! pic.twitter.com/fUPTuicqh8

Wilson and Manning played in every game during their rookie season while Mayfield didn't see action until Week 3 of the season.

HISTORY MADE. @bakermayfield is the new record holder for most rookie passing TDs in @NFL history! pic.twitter.com/3OlNLl7zoE

Mayfield has thrown 13 interceptions this season, while Manning threw 28 during his rookie season.