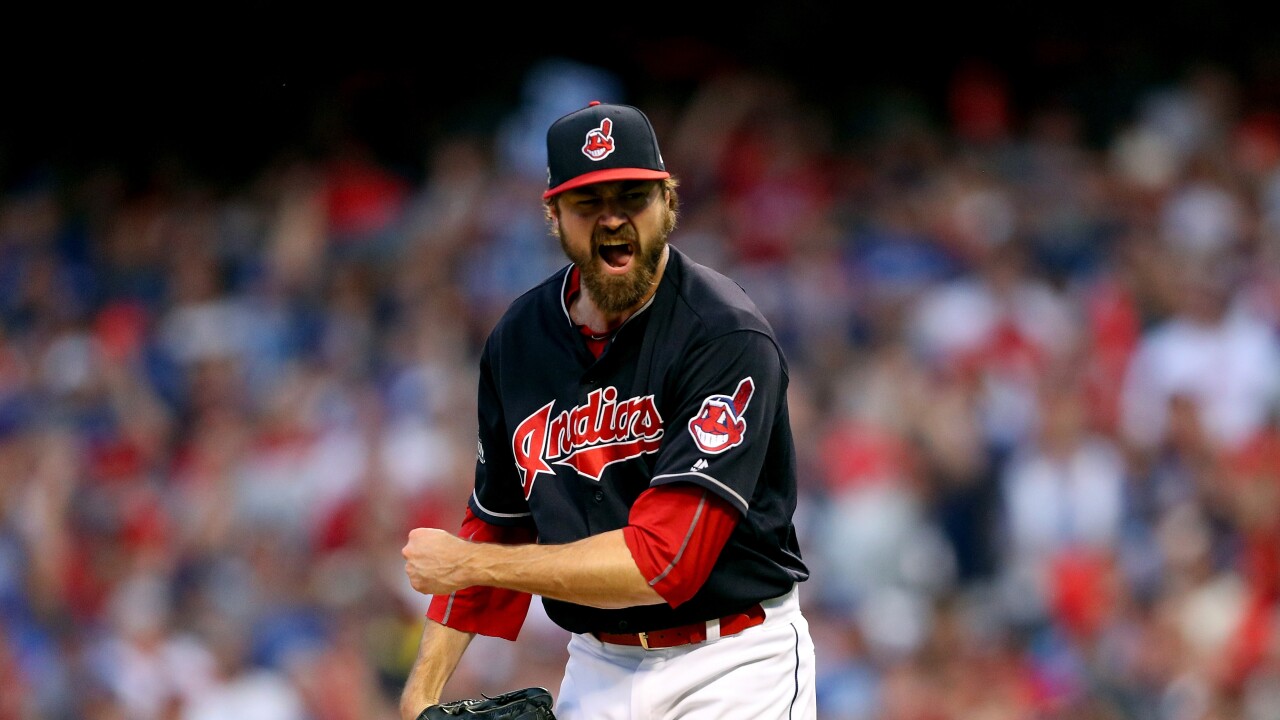 Maddie Meyer/Getty Images
CLEVELAND, OH - OCTOBER 15: Andrew Miller #24 of the Cleveland Indians celebrates after striking out Josh Donaldson #20 of the Toronto Blue Jays in the top of the eighth inning during game two of the American League Championship Series at Progressive Field on October 15, 2016 in Cleveland, Ohio. (Photo by Maddie Meyer/Getty Images)

The terms of the deal are two years for $25-million deal, The Athletic reported Friday.

One of baseball’s best relievers when healthy, the 33-year-old Miller was a key reason the Cleveland Indians advanced to the World Series in 2016 and he was voted the MVP of the ALCS that year, striking out 14 batters in 7.2 innings. The two-time All-Star helped reset the role of reliever to some extent, used to target the opposing lineup instead of particular innings — and he has been strong in the playoffs (1.09 ERA and 48 strikeouts in 33 innings over the past five years).

The 13-year MLB veteran struggled with nagging injuries last season, including three trips to the disabled list. A sore shoulder, a hamstring issue and inflammation in his right knee limited him to a 2-4 record with a 4.24 ERA in 37 regular-season games for Cleveland.