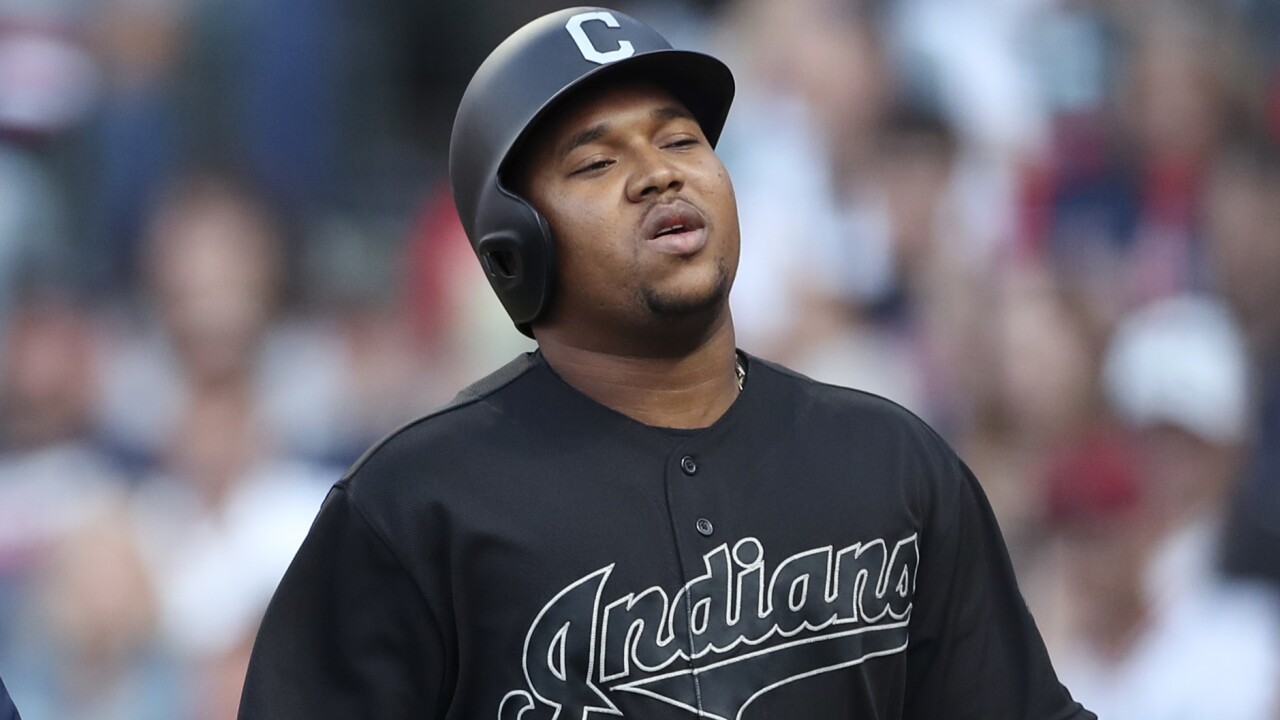 Ron Schwane/Getty Images
CLEVELAND, OH - AUGUST 24: Jose Ramirez #11 of the Cleveland Indians walks off the field after getting injured during an at bat against starting pitcher Glenn Sparkman #57 of the Kansas City Royals during the first inning at Progressive Field on August 24, 2019 in Cleveland, Ohio. Teams are wearing special color schemed uniforms with players choosing nicknames to display for Players' Weekend. (Photo by Ron Schwane/Getty Images)

CLEVELAND — After being evaluated for a broken hand, Indians confirmed that the third baseman Jose Ramirez has a hook of the hamate fracture and would need to undergo surgery.

Ramirez sustained the injury during an at bat in Saturday's game against the Royals. He had the surgery Monday afternoon at NYU’s Langone Hospital in Manhattan, the Indians said.

The team said they expect Ramirez to return to Major League game activity in five to seven weeks.

The 26-year-old Ramírez had a slow start to the season, but since the All-Star break has been one of the Tribe’s best hitters.

The Indians have had their fair share of bad luck. Two-time Cy Young winner Corey Kluber has been out since May 1 with a broken arm, and starter Carlos Carrasco is being treated following a leukemia diagnosis.

With the Tribe trailing the Twins 3.5 games in the AL Central standings and only leading the AL Wild Card race by a game, five weeks would be much better news than seven for Ramirez' return—if the Tribe can fight their way through the playoffs, that is.

RELATED: Indians’ 3B Ramirez out with broken hand for playoff push