"I’ll be there, you can pick my brain and we’ll have a good time” 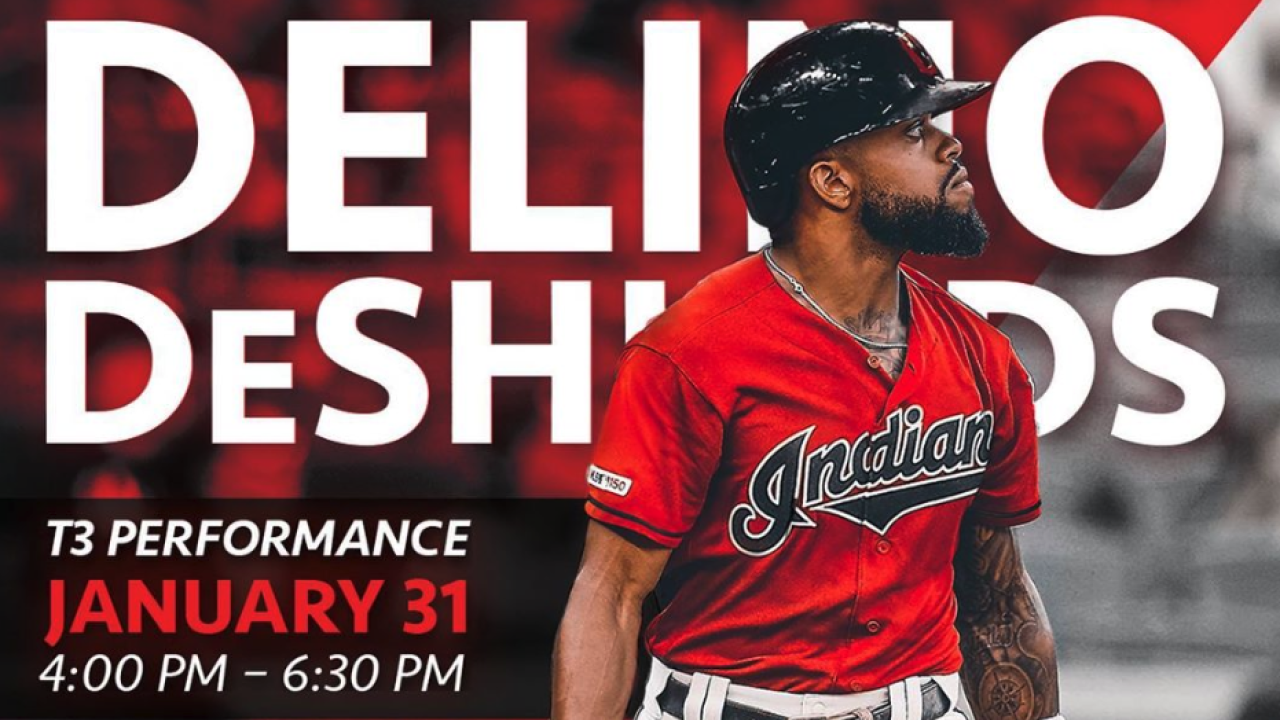 AVON, Ohio — One of the Indians’ newest players just landed in Cleveland Thursday but is already making a splash in the community, giving back to the fans on his second day in The Land.

Delino DeShields is holding a pro-style clinic and workout with the local youth baseball community at T3 Performance in Avon Friday evening.

The Tribe’s new center fielder will work with Northeast Ohio native and former teammate Ryan Rua to teach the children in attendance the ins and outs of the game and teach them what they know.

The event is open to the public and said he is looking forward to meeting fans and getting a feel for Cleveland.

“I just wanted to get my hands in the community as early as I can,” DeShields said. “The kids are excited and I just wanted to invite anybody who wants to come to T3 from 4 p.m. to 6 p.m. I’ll be there, you can pick my brain and we’ll have a good time.”

DeShields, who was acquired by the Indians as part of a trade with the Texas Rangers involving Corey Kluber in December, said that these events are special to him because he loves to give back to the community, even one he just settled in the day before.

“I feel like it’s my duty as a professional athlete. We’re in a position to give back to the community. I just want to do my part,” DeShields said. “I don’t want to say I’m a teacher but I love having conversations with younger kids about the game of baseball.”

Easton Baseball and Baseball Lifestyle 101 will have products on display at the clinic and will have some freebies to give away to fans as well.

DeShields will be at Tribe Fest 2020 on Saturday, but the event on Friday will be fans’ first chance to get to know one of the Tribe’s newest players.

T3 Performance is located at 1965 Recreation Lane in Avon.