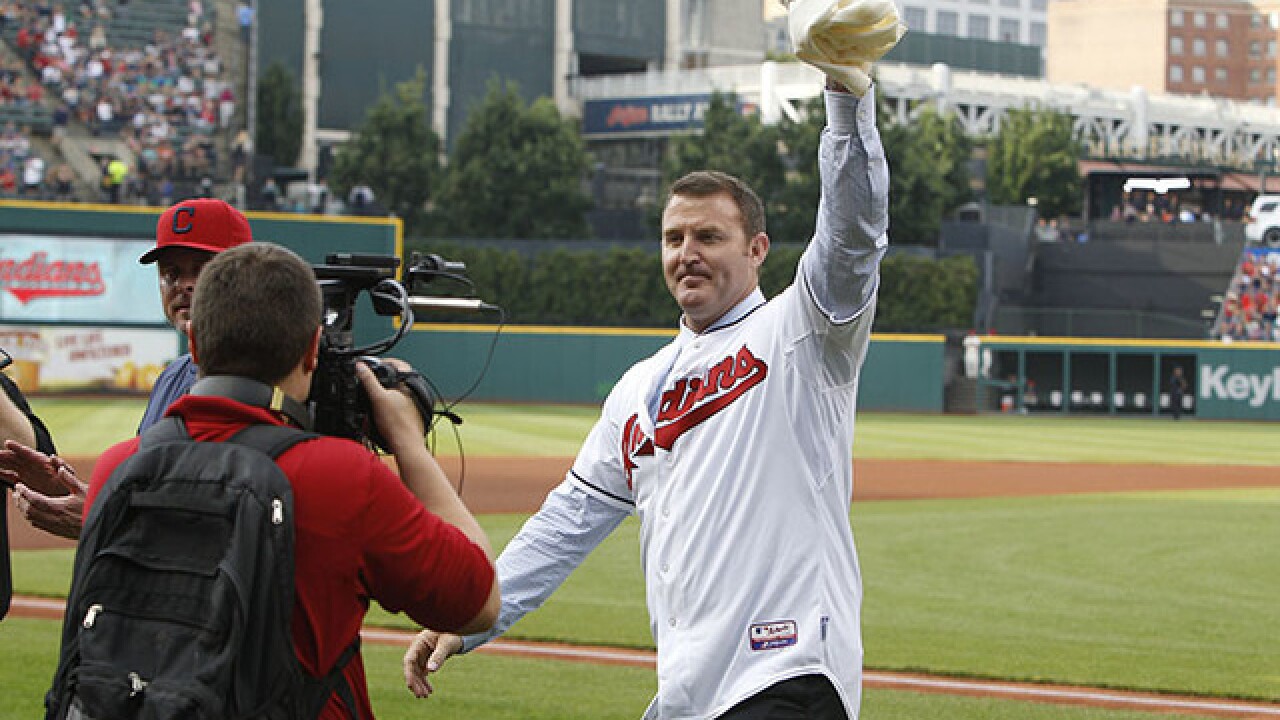 Copyright 2018 Scripps Media, Inc. All rights reserved. This material may not be published, broadcast, rewritten, or redistributed.
David Maxwell
<p>CLEVELAND, OH - AUGUST 02: Former Indians great Jim Thome #25 walks off the field after signing a one day contract so he could retire as an Indian before the game between the Cleveland Indians and the Texas Rangers on August 2, 2014 at Progressive Field in Cleveland, Ohio. (Photo by David Maxwell/Getty Images)</p>

In an emotional moment in his dining room in January, Cleveland Indians first baseman Jim Thome found out he had been elected into the Baseball Hall of Fame.

But when his plaque is unveiled in July, it will not feature the Chief Wahoo logo. Instead, it will feature the "Block C" says  the National Baseball Hall of Fame.

As announced in January, the Chief Wahoo logo will be removed from all uniforms after the 2018 season following years of debate that is certain to be rekindled again in the Facebook comment section where this article is shared.