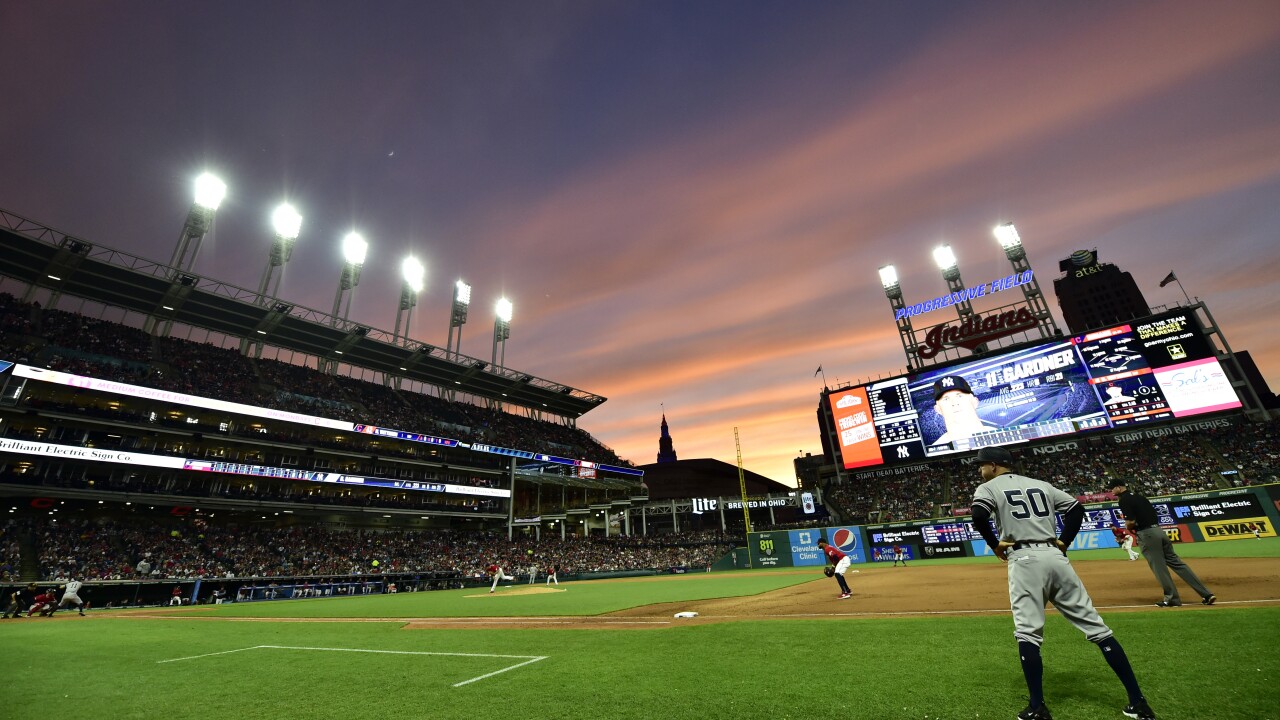 CLEVELAND — Carlos Santana’s two-run homer in the sixth inning helped rookie Zach Plesac get his first major league win and sent the Cleveland Indians to a 5-2 win over the New York Yankees, who welcomed back shortstop Didi Gregorius on Friday night.

Santana broke a 2-all tie by connecting on a change-up from Domingo Germán (9-2), trying to become baseball’s first 10-game winner.

Making just his third start, Plesac (1-1) settled down after a few anxious innings and stifled the AL East’s top team. The Yankees, who are just 1-3 so far on a six-game trip, managed just six hits — and only two after the third — in seven innings against the right-hander and nephew of former major leaguer Dan Plesac.

Nick Wittgren worked a perfect eighth and Brad Hand struck out the side in the ninth — New York’s 3-4-5 hitters — for his 19th save in 19 tries.

Tyler Naquin also homered for the Indians, who took two of three from Central-leading Minnesota and are trying to stay in contention while waiting for three full-time starters to return from injuries.

Gregorius got two hits playing for the first time since Game 4 of last year’s AL Division series against Boston when he injured his elbow making a throw. He underwent Tommy John surgery, and made a quick return to the Yankees, who have kept winning despite numerous major injuries.

Gregorius singled in his first at-bat of 2019, but was a little overzealous and got thrown out trying to stretch it into a double by right fielder Naquin.

Naquin’s second homer tied it 2-2 in the fifth off German, who lost for the first time since April 18.

The 24-year-old Plesac showed confidence and composure in his first two major league starts — his May 28 debut at Fenway Park, and in front of over 100 family members and friends in Chicago — and that poise was tested early by the Yankees.

He gave up three hits but just one run in the first, when Naquin cut down Gregorius and Plesac caught Luke Voit off third after snaring a comebacker.

New York went up 2-0 in the second on Hicks’ fourth homer, a laser shot into the seats in right.

The Indians got a run back in the fourth when Kipnis, who snapped a 0-for-21 slump with a single in the second, drove in rookie Oscar Mercado with a base hit.

Yankees: 2B Gleyber Torres missed his second straight game with a sore left shoulder. Manager Aaron Boone said Torres, who is moving back to his regular position now that Gregorius is back, will probably play Saturday. ... RHP Masahiro Tanaka was in New York for the birth of his baby daughter and it’s not yet known if he’ll make his scheduled start in the series finale Sunday.

Indians: Manager Terry Francona said RHP Mike Clevinger “touched 98” mph during a rehab start at Triple-A Columbus on Thursday. Clevinger has been out for nearly two months with a strained muscle in his upper back. He’ll likely make one more minor league start before being activated. ... RHP Corey Kluber’s broken right arm will be re-evaluated next week, six weeks after he was struck by a line drive. Kluber had his cast removed on May 23, but until he has further imaging tests, there’s no way to know how long he’ll be sidelined.

Yankees: LHP CC Sabathia (3-2, 3.61 ERA) goes for his 250th career win against the team that drafted him as a teenager in 1998. Sabathia joined the 3,000 strikeout club earlier this season. He’s one of just eight pitchers since 1900 with 100 victories for multiple franchises.