White Sox acquire 1B Alonso in trade with Indians 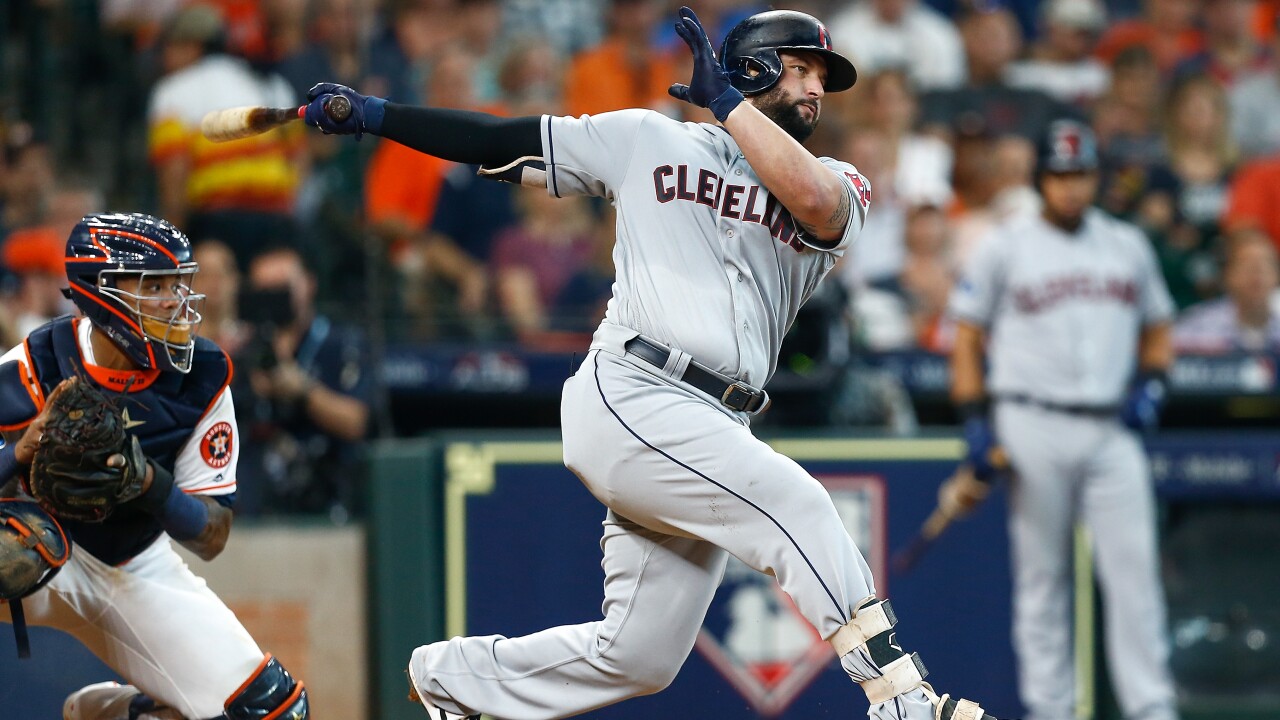 Bob Levey/Getty Images
HOUSTON, TX - OCTOBER 05: Yonder Alonso #17 of the Cleveland Indians is struck out by Justin Verlander #35 of the Houston Astros (not pictured) in the fifth inning during Game One of the American League Division Series at Minute Maid Park on October 5, 2018 in Houston, Texas. (Photo by Bob Levey/Getty Images)

CLEVELAND — First baseman Yonder Alonso was traded to the Chicago White Sox by the Cleveland Indians on Friday in a deal between AL Central rivals that could have broad implications for both teams the rest of the offseason.

Chicago sent minor league outfielder Alex Call to Cleveland for Alonso, who hit .250 with 23 homers and 83 RBIs in 145 games this year during his only season with the Indians.

Cleveland reacquired first baseman and designated hitter Carlos Santana from Philadelphia in a three-team trade on Thursday, making Alonso expendable. The White Sox deal moves Alonso's $8 million salary for 2019 off the Indians' payroll, giving them more flexibility if they want to keep their deep rotation intact.

Chicago already has Jose Abreu at first base, but he played in just 128 games last season due to injuries and could see more time at DH with the addition of Alonso. The 31-year-old Alonso also is married to the sister of star slugger Manny Machado, a rumored target for the White Sox in free agency.

Alonso was selected by Cincinnati in the first round of the 2008 amateur draft and broke into the majors with the Reds in 2010. He is a .265 hitter with 90 homers and 389 RBIs in 951 games with Cincinnati, San Diego, Oakland, Seattle and Cleveland.

Alonso's contract includes a 2020 club option at $9 million with a $1 million buyout. The option becomes guaranteed if Alonso has 550 plate appearances next year or 1,100 in 2018 and '19 combined, and he passes a physical at the end of next season.

The 24-year-old Call played for Class A Winston-Salem and Double-A Birmingham last season, batting .248 with 12 homers and 58 RBIs in 123 games. He was selected by Chicago in the third round of the 2016 draft out of Ball State University.