Cavs’ Love still weeks from return to court after surgery 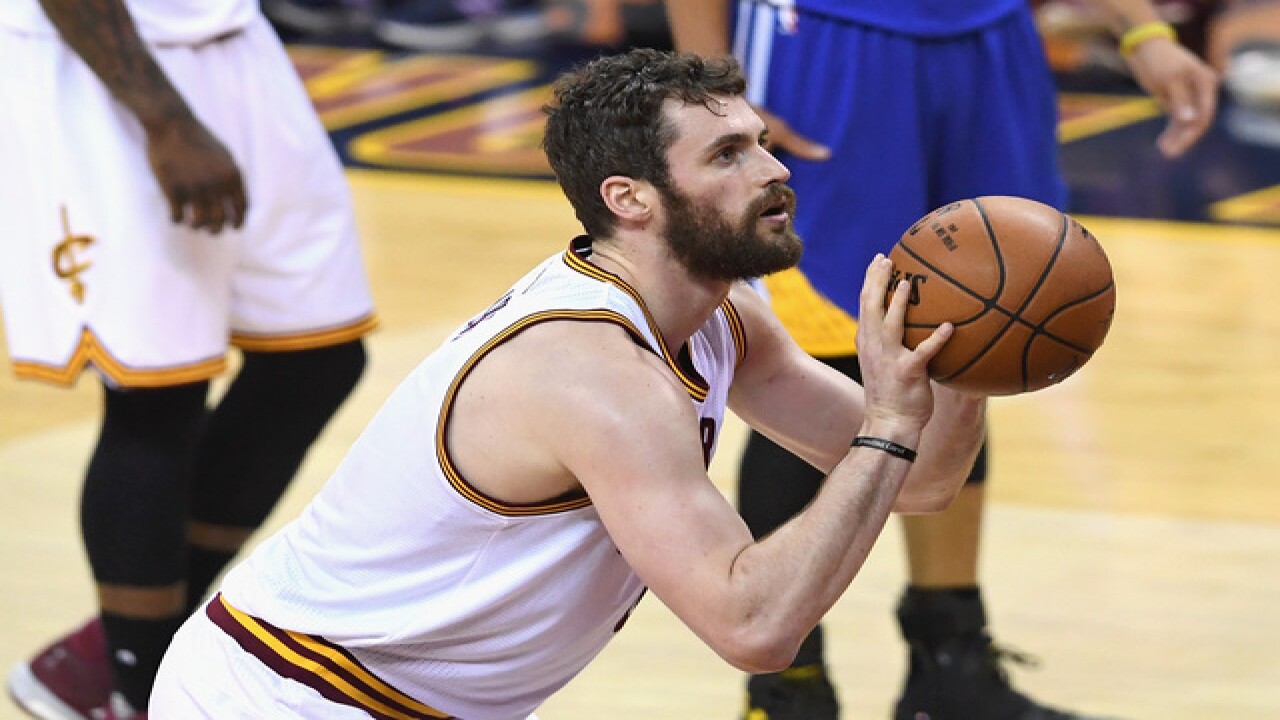 INDEPENDENCE, Ohio — Kevin Love’s comeback has been slow and steady. The Cleveland Cavaliers need it to speed up.

Love said Monday that he’s still weeks away from doing any significant on-court work as the five-time All-Star forward recovers from left foot surgery that has sidelined him nearly all season.

Love was recently cleared to accelerate his rehab, but he isn’t sure when he’ll play and suggested he could be out until after February’s All-Star break.

“I don’t know,” he said when asked for a timeframe on his return. “It’s really tough for me to say because I don’t know how my foot is going to respond. Hopefully it will be sooner rather than later.”

Love has begun shooting and been “up on the toes a little bit” but not running. He’s listening to his doctors and his body.

“I don’t know when I’ll be able to go one-on-one, two-on-two, three-on-three, but I think that’s all part of the next few weeks I’d say,” he said.

The 30-year-old played in just four games before undergoing surgery to have cartilage removed and fluid drained from around his left big toe. He got hurt in Cleveland’s exhibition opener and tried to play through the pain before it got tough for him to walk.

Following the surgery, the Cavs initially thought Love might be back by the end of December, and he had targeted mid-January as a possible return. However, it now appears he could be out until February.

One thing is certain: Love has no intention of sitting out the season.

“That’s never really been the thought process — at least for me,” said Love, who recently visited his surgeon in New York. “I want to play. I want to be out there with those guys. I feel like I would be letting my teammates down, and letting (coach) L.D. (Larry Drew) and the coaching staff down if I didn’t get out there and play and get out there and play as soon as I could — so long as I’m healthy.”

The Cavaliers need him badly.

At 8-32, they have the NBA’s worst record and lost nine straight games going into Tuesday’s matchup with Indiana. Cleveland has lost its last five home games by at least 20 points — a league record — and a slew of injuries has made things tougher.

This isn’t the season the Cavs expected after signing Love to a four-year, $120 million contract extension after LeBron James left as a free agent.

“It’s a big setback, not in my career, but as far as our team goes,” he said. “It’s just tough when you have several players out, veterans out and some of your top players that give you so much on both sides of the ball. I would just hope to come back, whether it be right before All-Star break, after All-Star break, just get things to start trending in the right direction and give the fans and this organization some hope for better times that are going to be here.”

Love’s injury could complicate things if the Cavaliers intend to trade him.

As he leaned on a wall inside the training facility, Love smiled when reminded that the trade deadline is approaching. His name has been linked to numerous deals almost since the day he arrived in 2014. He doesn’t expect that to change.

“We’ll see. If not, we will wait until summer,” Love said of a possible trade. “I don’t know what’s going to happen. I’ve said all along I’ve wanted to be here. I’ve said this too, it’s a business. We saw that last year at the deadline. I had never seen so many guys traded from a team really ever. I had seen, playing six years in Minnesota and now this being my fifth year here, I’ve seen a lot of stuff. Think every trade deadline, draft, free agency, always brings something new.

“It’s always different. I would love to be here. Would just love to get through a whole season healthy just because I’ve had nagging things that have taken time and been a little bit unlucky, but I would like to play ball here.”