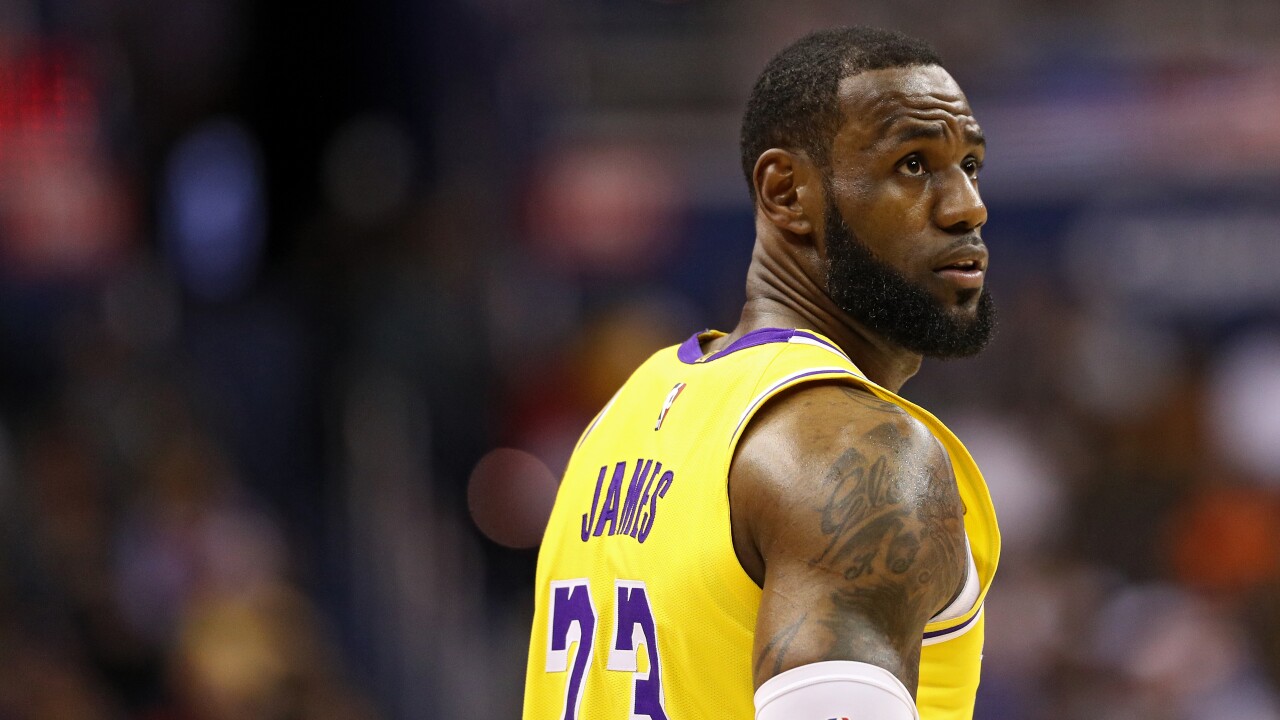 Patrick Smith/Getty Images
WASHINGTON, DC - DECEMBER 16: LeBron James #23 of the Los Angeles Lakers looks on against the Washington Wizards during the first half at Capital One Arena on December 16, 2018 in Washington, DC. NOTE TO USER: User expressly acknowledges and agrees that, by downloading and or using this photograph, User is consenting to the terms and conditions of the Getty Images License Agreement. (Photo by Patrick Smith/Getty Images)

CLEVELAND — LeBron James will not be playing against his former team on Sunday, according to ESPN.

James suffered a groin injury against the Golden State Warriors on Christmas.

He has not played since suffering that injury.

This is the first time he was supposed to face the Cleveland Cavaliers in Los Angeles since leaving the team.