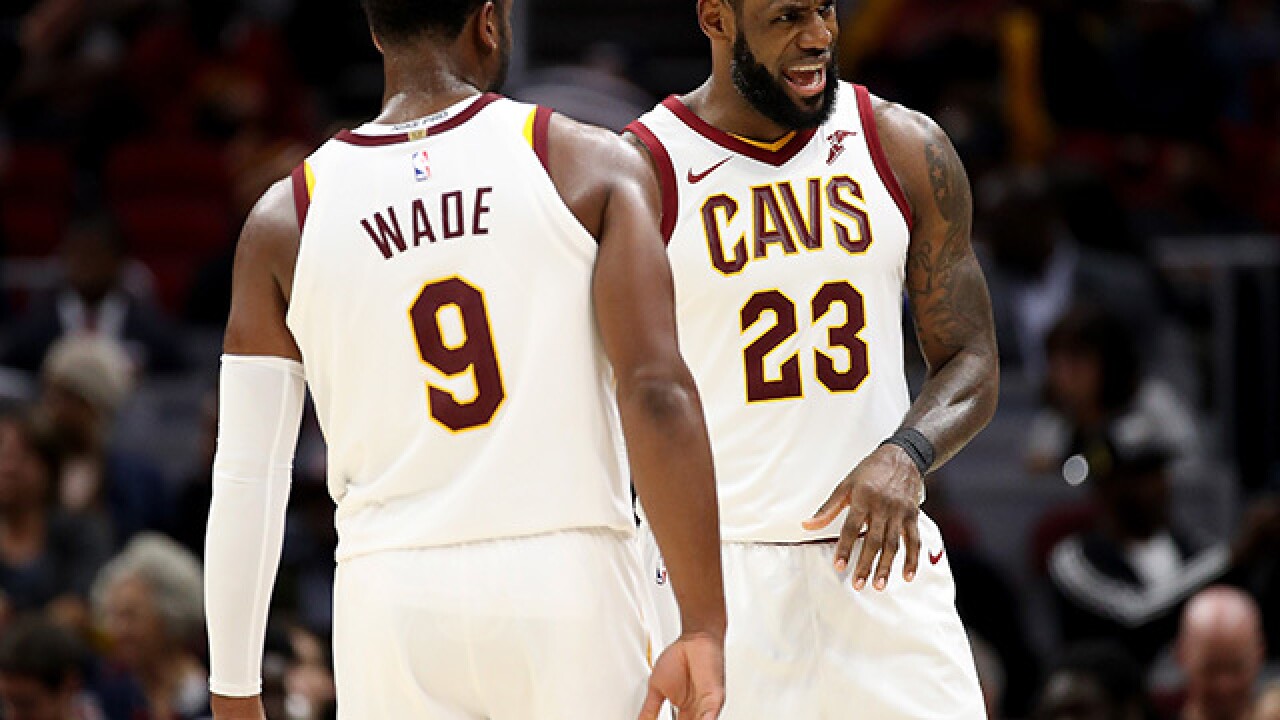 Earlier this week, former Cavaliers player Kyrie Irving threw some shade at the city he called home for nearly six years, saying to a group of reporters of reporters “Boston, I’m driving in and (thinking), ‘I’m really playing in a real, live sports city?’”

It wasn't long before social media blew up defending The Land, followed by newly acquired Cavs player Dwayne Wade and Cavs head coach Tyronn Lue joining in on the conversation.

Coincidentally, Irving's shade came at a time when Clevelanders filled Progressive Field to cheer on on the Indians against the Yankees in Game 5 of the ALDS on Wednesday.

Reporters asked if Irving's comments were fanning the flames between the Celtics and the Cavs ahead of next week's opening game.

"I don't know," Lue said to ESPN. "He can do what he wants to do. But we know in Cleveland, we have a great sports town in Cleveland. A great city, fans behind the teams 100 percent, so I'm happy to be here."

Cavs guard Dwayne Wade, who, like Irving, played for only one NBA franchise before leaving the Miami Heat for the Chicago Bulls, knows the transition all too well.

"I've always tried not to be too, me personally, oversensitive to what I read or what somebody says because I wasn't there when he said it," Wade told ESPN. "If you're Cleveland and the way they were left, you read it one way. If you're a sports fan somewhere else, you read it another way."

In a much anticipated season opener, the Cleveland Cavaliers will take on the Boston Celtics at The Q, Tuesday, Oct. 17.