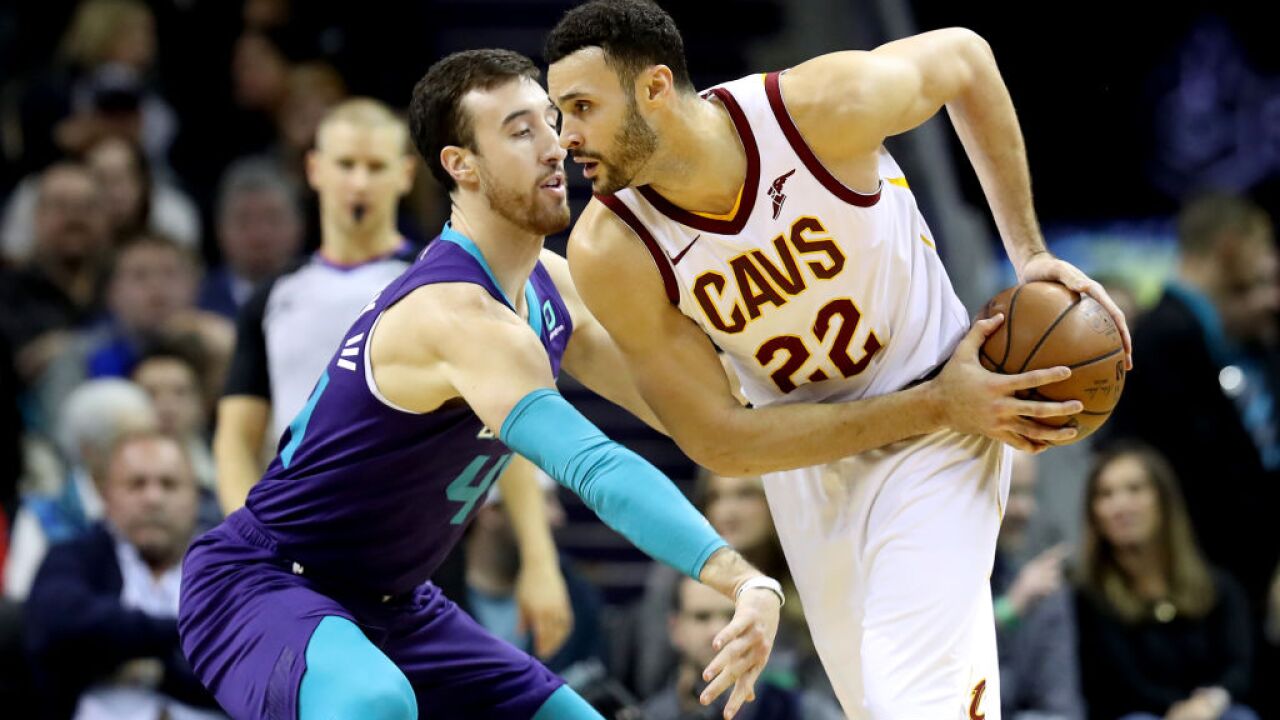 Streeter Lecka/Getty Images
CHARLOTTE, NORTH CAROLINA - DECEMBER 19: Frank Kaminsky #44 of the Charlotte Hornets tries to steal the ball from Larry Nance Jr. #22 of the Cleveland Cavaliers during their game at Spectrum Center on December 19, 2018 in Charlotte, North Carolina. NOTE TO USER: User expressly acknowledges and agrees that, by downloading and or using this photograph, User is consenting to the terms and conditions of the Getty Images License Agreement. (Photo by Streeter Lecka/Getty Images)

CHARLOTTE, N.C. — Kemba Walker had 30 points and six assists to help the Charlotte Hornets rally for a 110-99 victory over the Cleveland Cavaliers on Wednesday night.

Walker was coming off a season-low four points in Saturday’s 128-100 home loss to the Los Angeles Lakers in which he shot 2 for 13 from the field and missed all five 3-point tries. After missing his first seven shots against Cleveland, Walker got untracked in time to help Charlotte even its season record to .500 (15-15).

It was Walker’s ninth 30-point game this season, and helped the Hornets snap a two-game losing streak.

Walker was at his best in the third quarter as the Hornets took their first lead of the game and had an 11-3 surge late in the quarter to lead 77-67.

After the Cavaliers closed to 88-82 with 8:52 left in the game, Charlotte went on a 17-4 surge to end any doubt about the game’s outcome.

Hornets: It was was their fourth of a five-game homestand. ... After Friday’s game — Charlotte’s 19th home game of the season — the Hornets will play 29 of their final 51 games on the road. Charlotte’s front-loaded home schedule is due to the Spectrum Center hosting NBA All-Star Weekend (Feb. 15-17) in addition to two college basketball tournaments.