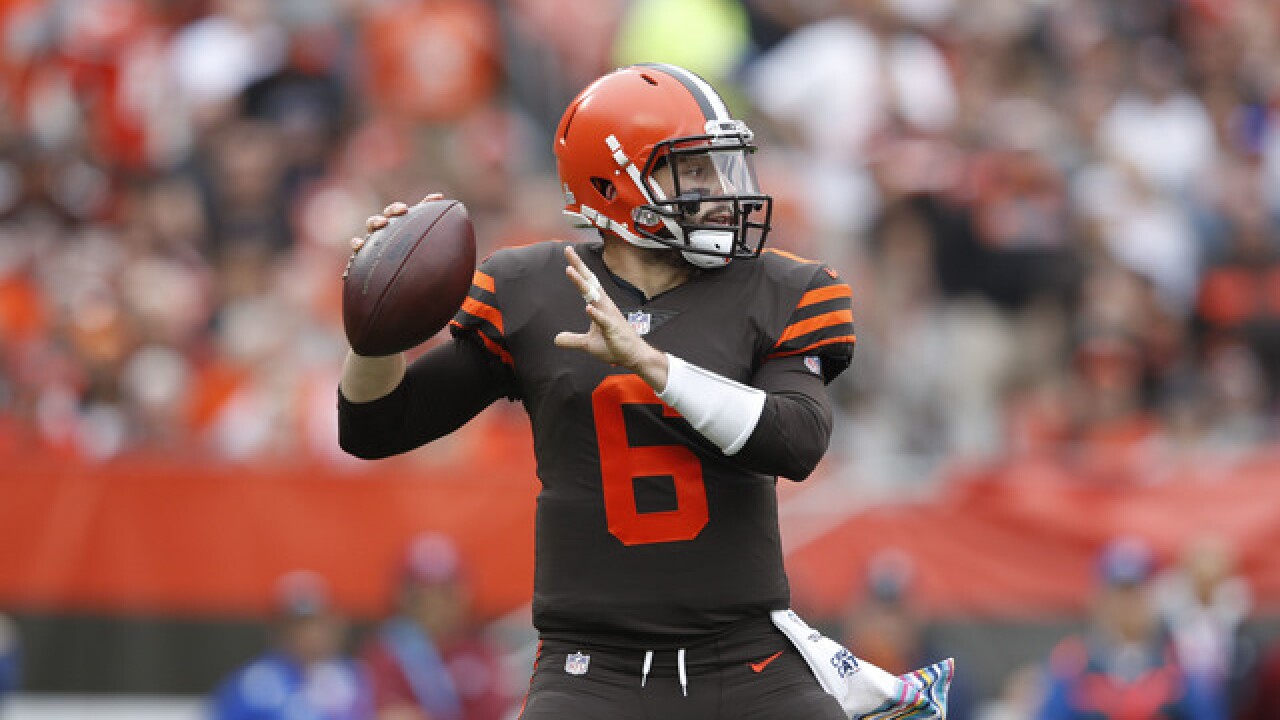 Image copyright 2018 Getty Images. All rights reserved. This material may not be published, broadcast, rewritten, or redistributed.
Joe Robbins
CLEVELAND, OH - OCTOBER 07: Baker Mayfield #6 of the Cleveland Browns throws a pass in the first quarter against the Baltimore Ravens at FirstEnergy Stadium on October 7, 2018 in Cleveland, Ohio. (Photo by Joe Robbins/Getty Images)

CLEVELAND — With Freddie Kitchens being hired as head coach, social media has been filled with puns.

We have gone through social media to find some of the the best (or worst) puns out there related to Kitchens and quarterback Baker Mayfield.

Now that the Browns have Kitchen at HC. Baker has an entire Kitchens to make his brownies in now. #GoBrowns

Our Baker now has a Kitchens! @Browns

Every Baker needs his Kitchen 👀 pic.twitter.com/YK9Ado71hB

Other @Browns roster additions.... since Baker in the Kitchens...

Freddie Kitchens with Baker Mayfield - we need a Cook, a Kupp, and a Rice in Cleveland now, and we'll have Food Network on the gridiron every Sunday.

What good is a Baker without Kitchens? #Browns

The dawg pound could be renamed bakers kitchen

Nice job punning it up everyone!