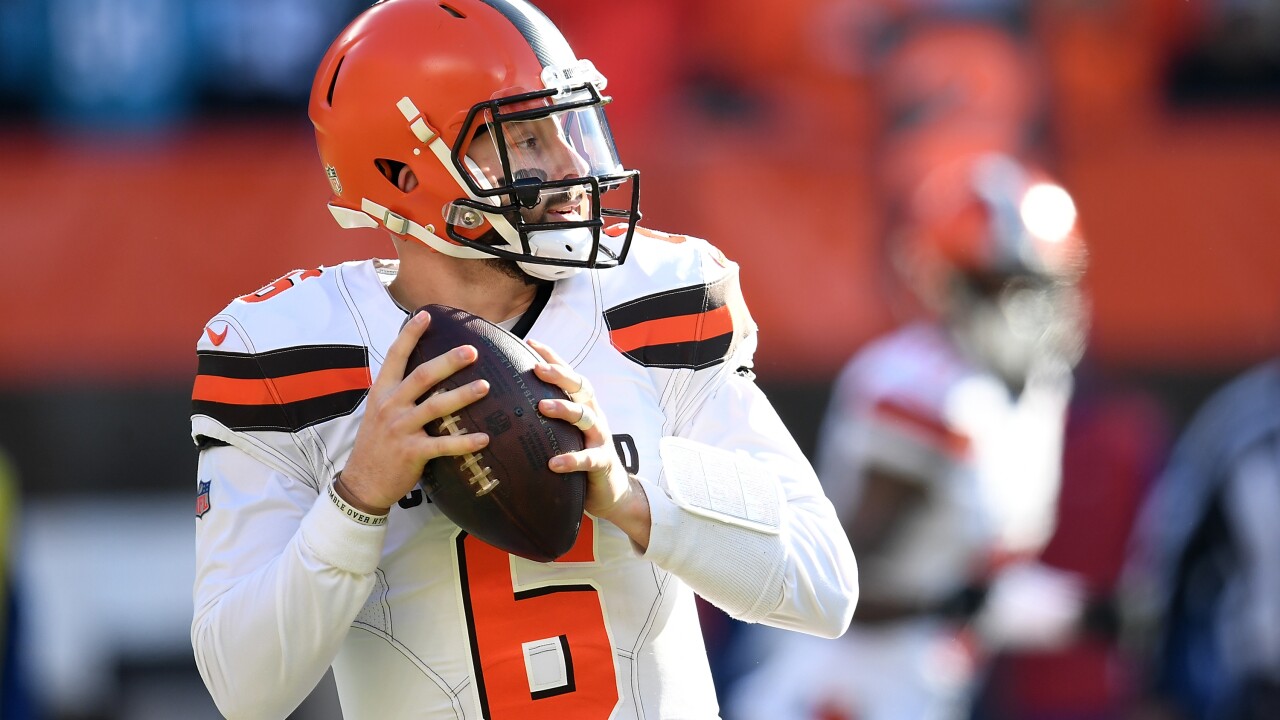 CLEVELAND — Browns QB Baker Mayfield has been awarded Rookie of the Week for the fifth time this season.

This award comes after a stunning performance in Week 14 against the Panthers. Mayfield completed 18 of his 22 pass attempts for 238 yards.

Mayfield had a quarterback rating of 126.9 and only threw four incomplete passes.

Mayfield also became the third player in NFL history to throw for at least one touchdown in each of the first 10 career games.

The Browns have a total of nine Rookie of the Week awards this season, with Nick Chubb and Denzel Ward splitting the other four awards.