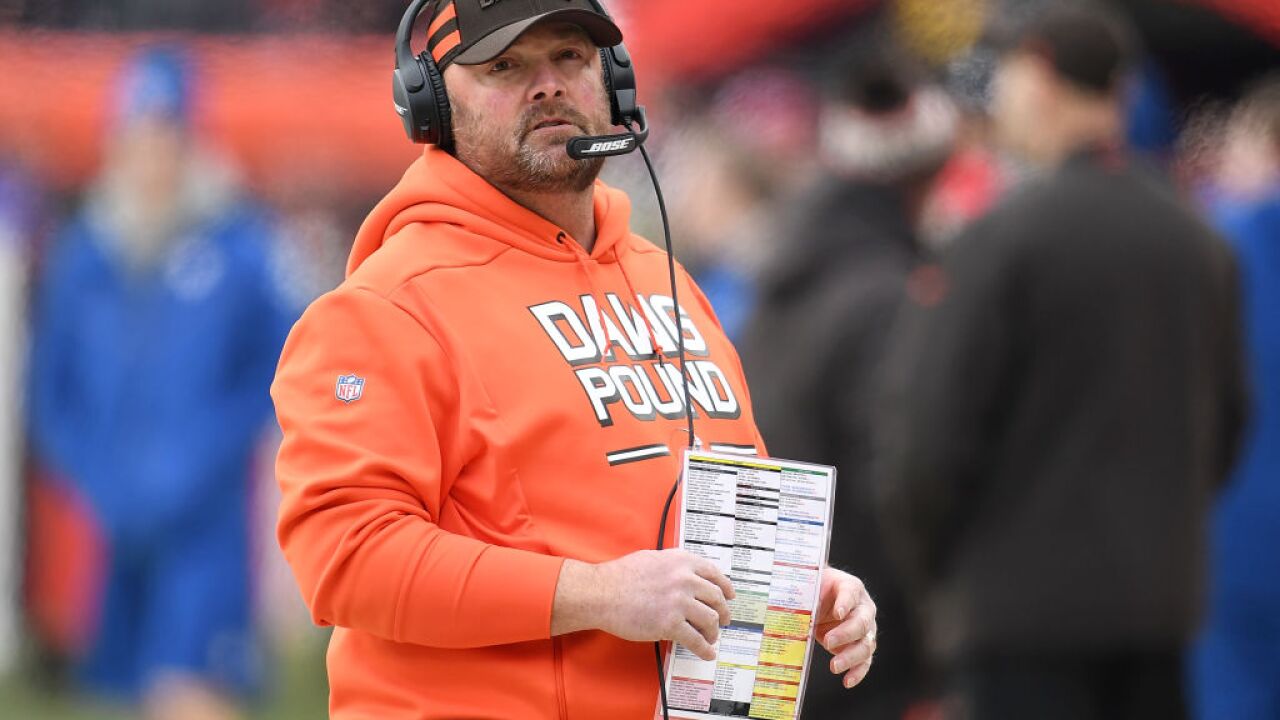 Kitchens helped turned the Browns offense around after taking over as offensive play-caller.

He was hired as the Browns assistant head coach and running backs coach in 2018 but was promoted after Hue Jackson and Todd Haley were fired.

Under his watch, Cleveland averaged more than 395 yards per game and executed near perfection in the red zone.

The offensive line surrendered just five sacks in the final eight games of the season.

Kitchens played quarterback at the University of Alabama and broke into the NFL in 2006 as a tight ends coach with the Cowboys under coach Bill Parcells.

He held the same position with the Arizona Cardinals from 2007-2012 before transitioning to quarterbacks coach from 2013-2016.

Kitchens was a running backs coach in his final year in Arizona before making the move to Cleveland.

He is the seventh person the team interviewed.