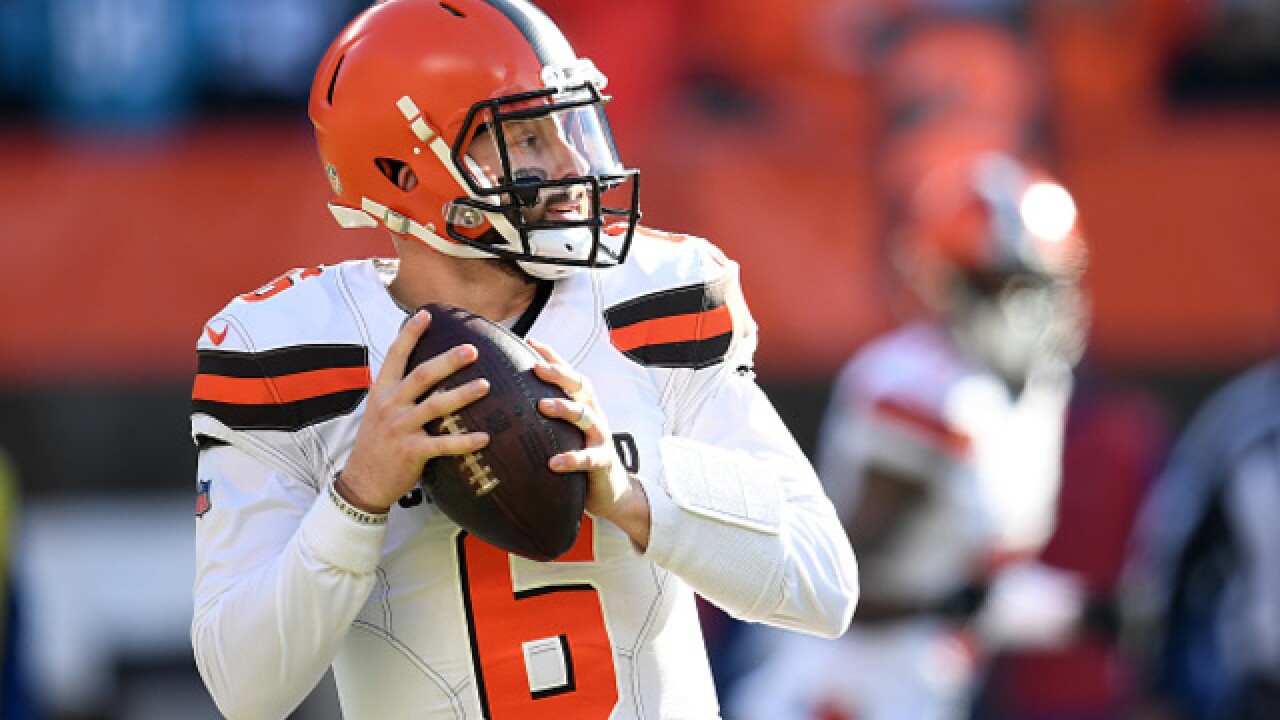 Copyright 2018 Scripps Media, Inc. All rights reserved. This material may not be published, broadcast, rewritten, or redistributed.
Jason Miller
CLEVELAND, OH - DECEMBER 09: Baker Mayfield #6 of the Cleveland Browns looks to pass during the first half against the Carolina Panthers at FirstEnergy Stadium on December 9, 2018 in Cleveland, Ohio. (Photo by Jason Miller/Getty Images)

Cleveland’s cocky and charismatic quarterback was voted winner of the Joe Thomas Award — player of the year — on Wednesday by the local chapter of the Pro Football Writers of America. In addition, Mayfield, whose play has sparked the biggest one-season turnaround in club history, was selected AFC Offensive Player of the Week after throwing three touchdown passes in a win over Cincinnati.

After years spent looking for their franchise QB, the Browns (7-7-1) appear to have found him in Mayfield, the No. 1 overall draft pick who is 6-6 as a starter entering the season finale at Baltimore.

Browns guard Joel Bitonio was selected as the Dino Lucarelli Good Guy Award winner for his cooperation with the media for the second straight year.