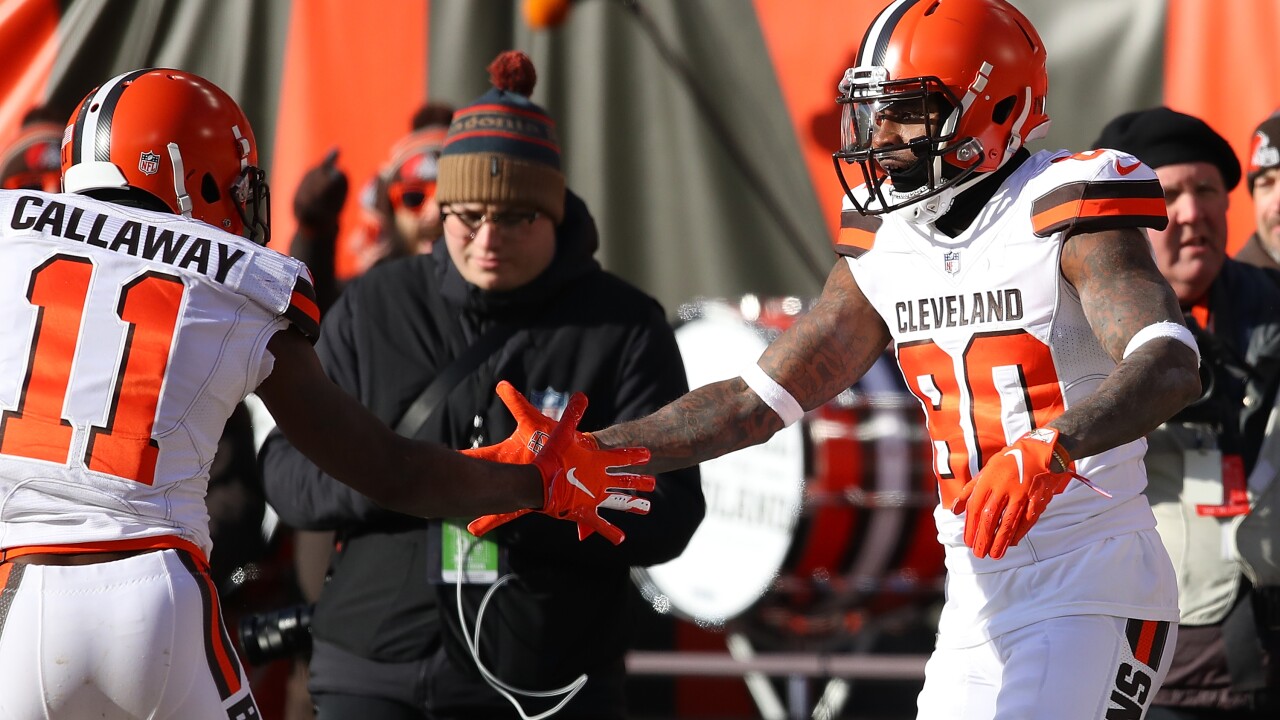 CLEVELAND — The Browns kept themselves alive early in the fourth quarter with an interception from TJ Carrie.

After gaining back possession, Baker regained the lead with a short touchdown pass to Antonio Callaway.

The Browns have completed touchdowns in every one of their last 12 trips to the red zone.