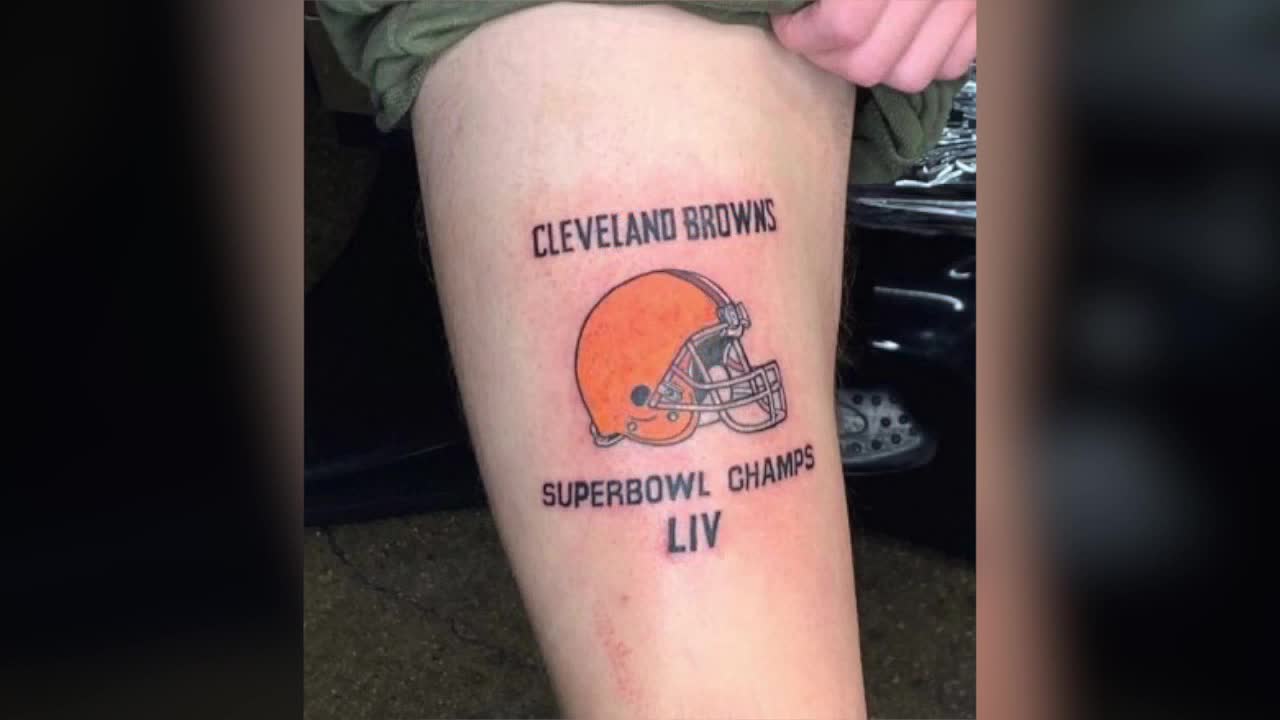 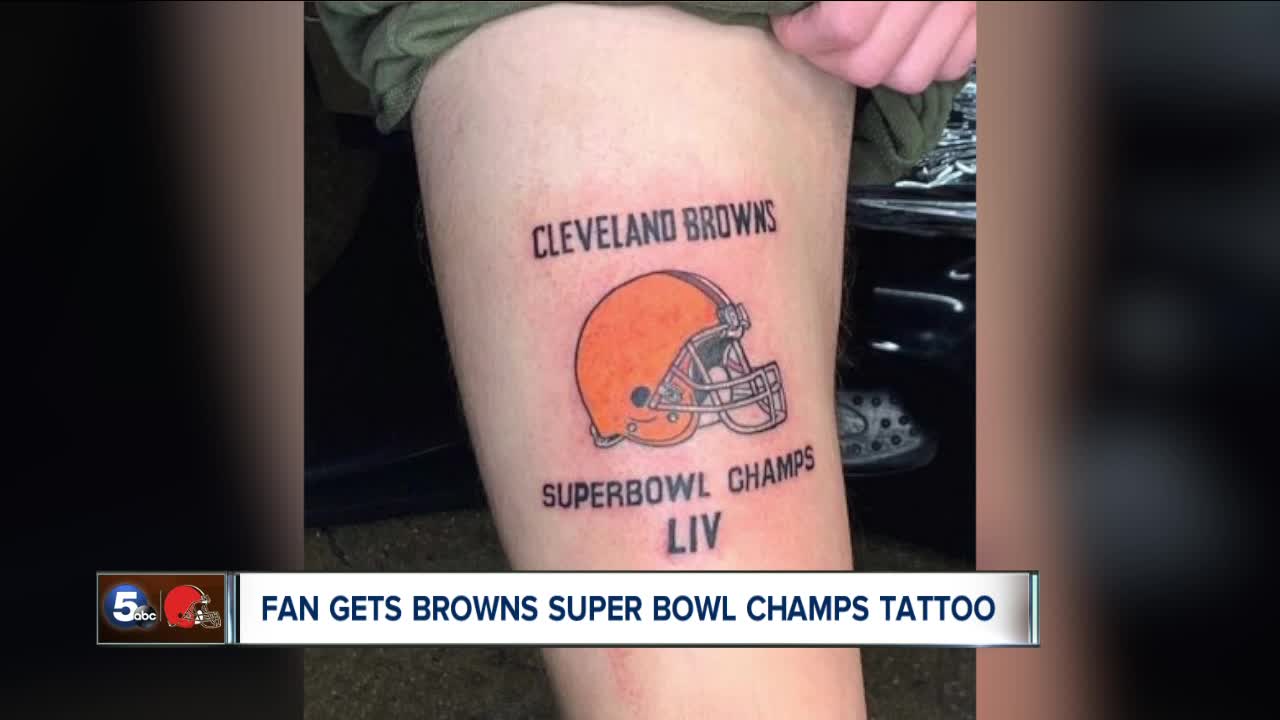 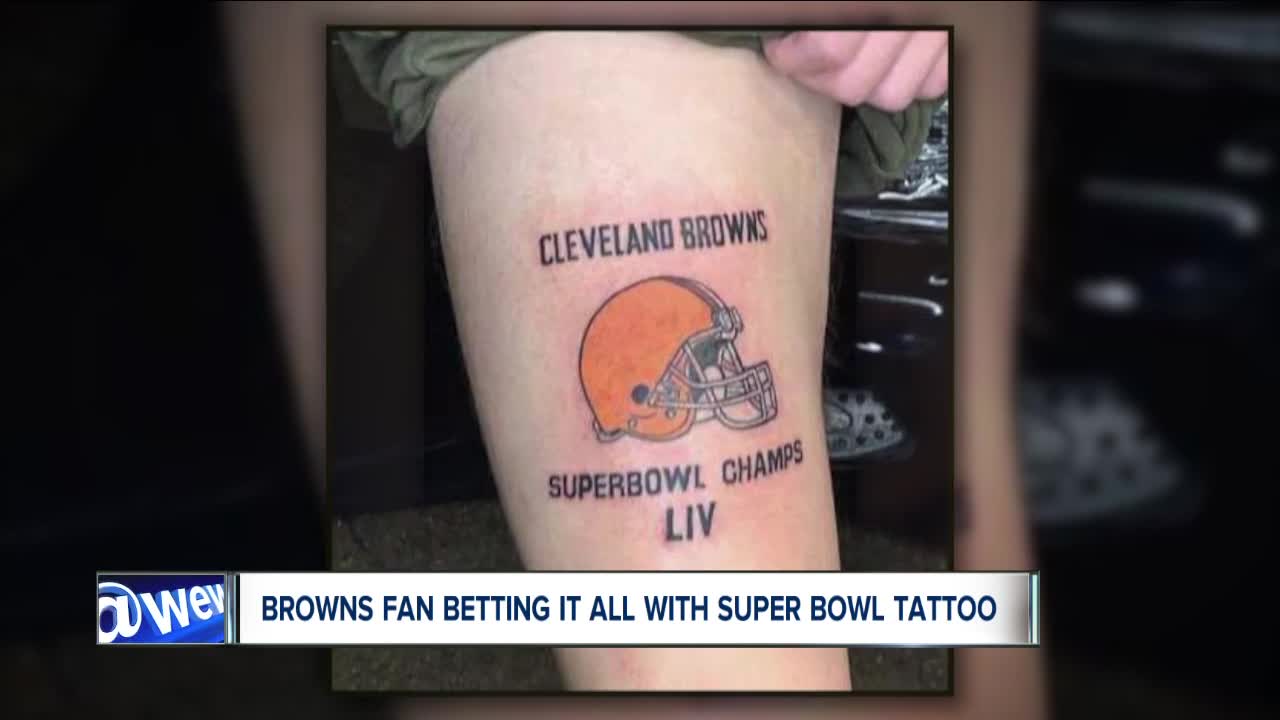 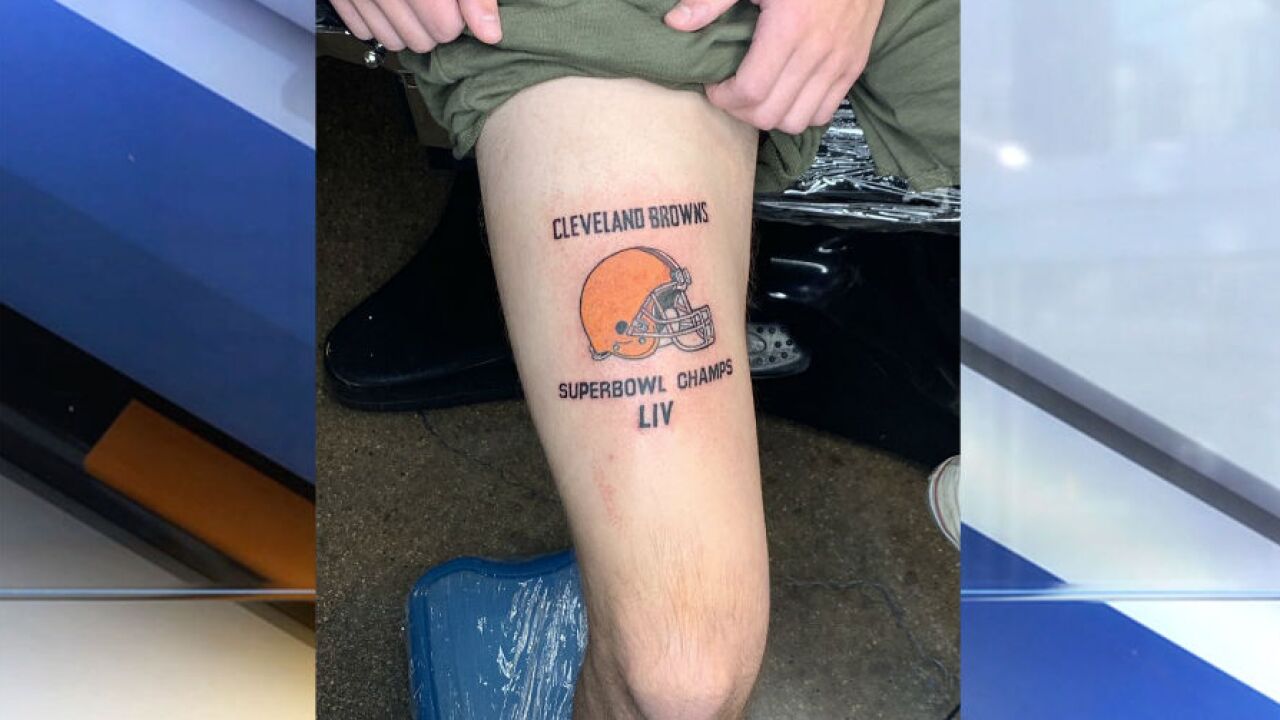 COLUMBUS, Ohio — Well, this was inevitable. One man who is excited about the upcoming Browns season has gotten a tattoo dubbing them the next Super Bowl champions.

Garrett Howenstine, a junior at Ohio State, went to Bodystain Tattoo in Columbus on Wednesday and spent more than four hours getting inked.

He said he told the tattoo artist he wanted to "go big or go home."

Spoiler alert: the tattoo artist he went to, Smitty, is actually a Pittsburgh Steelers fan.

As for why he decided to get the tattoo now, Howenstine said at the beginning of the summer he was joking around with some friends that he was going to get the tattoo, but as the preseason went on, he realized the team had a great shot of winning it all and felt very confident about that.

He said he has some ideas about what to do with the tattoo if the Browns don't win it all, but he doesn't think that is going to happen.

Howenstine said he hasn't received much hate in person about the tattoo, but that there is plenty of hate online.

"Most people either love it or hate it. The people that hate it let it go at the logo being old or the Super Bowl not being spaced out," Howenstine said.

Howenstine said he has always been a Browns fan.

"I've been a Browns fan since the day I was born. I was actually at the stadium August 17, 1999 for the stadium opener and my family has owned season tickets ever since then," Hownestine said.

If the Browns win the Super Bowl this season, he can officially say he was the first of many to get that tattoo.

We'll all find out soon if Howenstine correctly called his shot or if he's just a very hopeful and eager fan. The Browns play their first regular season game Sept. 8 at FirstEnergy Stadium against the Tennessee Titans, and, if Howenstine is correct, will head to Miami Gardens, Florida for Super Bowl LIV on Sunday, Feb. 2, 2020.

And in case you were wondering yes, his parents do know about it.