Final Browns game of the season sold out 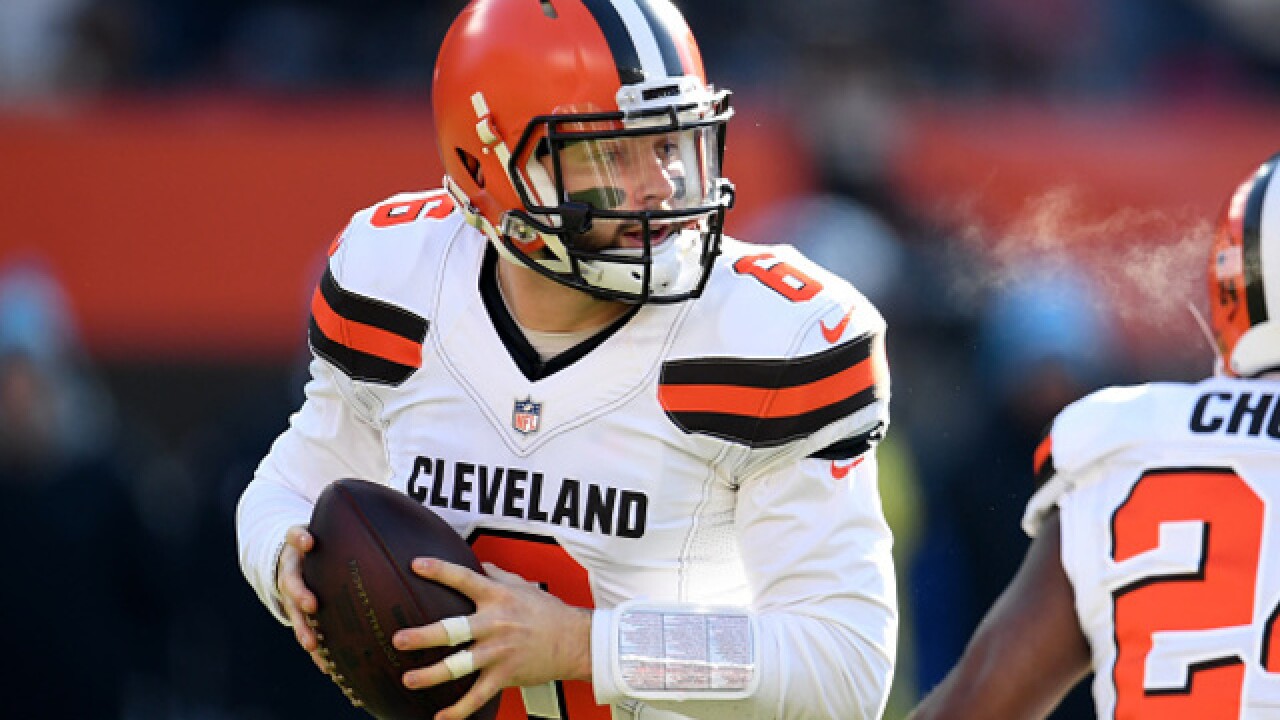 Copyright 2018 Scripps Media, Inc. All rights reserved. This material may not be published, broadcast, rewritten, or redistributed.
Jason Miller
CLEVELAND, OH - DECEMBER 09: Baker Mayfield #6 of the Cleveland Browns looks to pass during the first quarter against the Carolina Panthers at FirstEnergy Stadium on December 9, 2018 in Cleveland, Ohio. (Photo by Jason Miller/Getty Images)

CLEVELAND — Two weeks after Baker Mayfield called out fans for not attending games, they delivered.

The Cleveland Browns just announced that Sunday's game against the Cincinnati Bengals has sold out.

We need you on Sunday — and we need you to be LOUD.

A message from our QB: pic.twitter.com/CLM1ouJfh8

The last time the final home game of the season was sold out for the Browns was in 2014, when Cleveland played against the Bengals.

They lost that game 30-0 and Johnny Manziel was the quarterback.