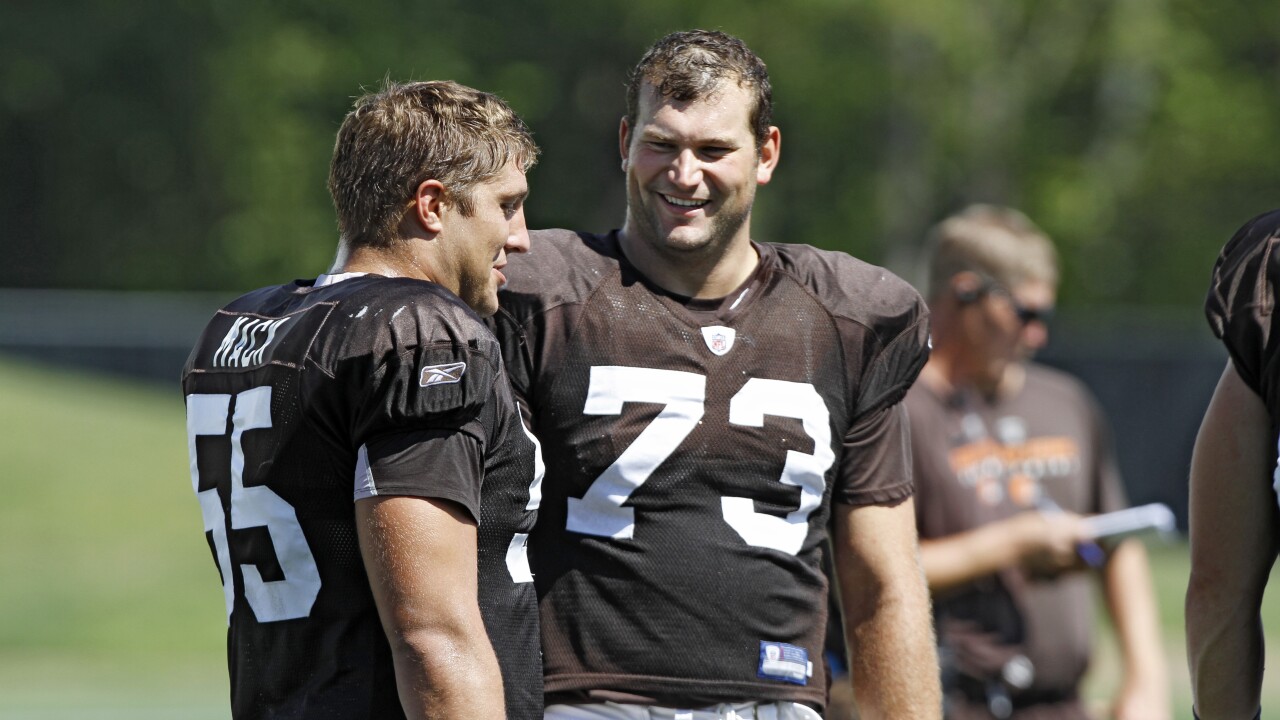 Thomas was drafted by the Browns in the first round of the 2007 NFL Draft and he spent his entire 10-year career in Cleveland.

During his career, Thomas made the Pro Bowl each year he played, was a seven-time First-Team All-Pro, two-time Second-Team All-Pro, made the All-Rookie Team in 2007 and was inducted into the Browns Ring of Honor.

The former Browns left tackle did not miss a snap until his final season in the league. His 10,363 consecutive snaps played is the longest streak since the NFL began recording snap counts.

Thomas was one of just eight players on the 52-man roster unanimously voted in.

In addition to Thomas’ selection, another former Browns offensive lineman made the All-Decade Team as well — center Alex Mack.

Mack was drafted by the Browns in the 2009 NFL Draft and spent seven years with the team. In that time, Mack played alongside Thomas.

During his time with the Browns, Mack played in three Pro Bowls and was named to the All-Rookie Team in 2009. He signed with the Atlanta Falcons in 2016 where he still plays.

The 2010s All-Decade Team was selected by the NFL and the Pro Football Hall of Fame.

Here is the full 52-man roster and coaches selected to the team, as listed by NFL.com:

*player was a unanimous selection