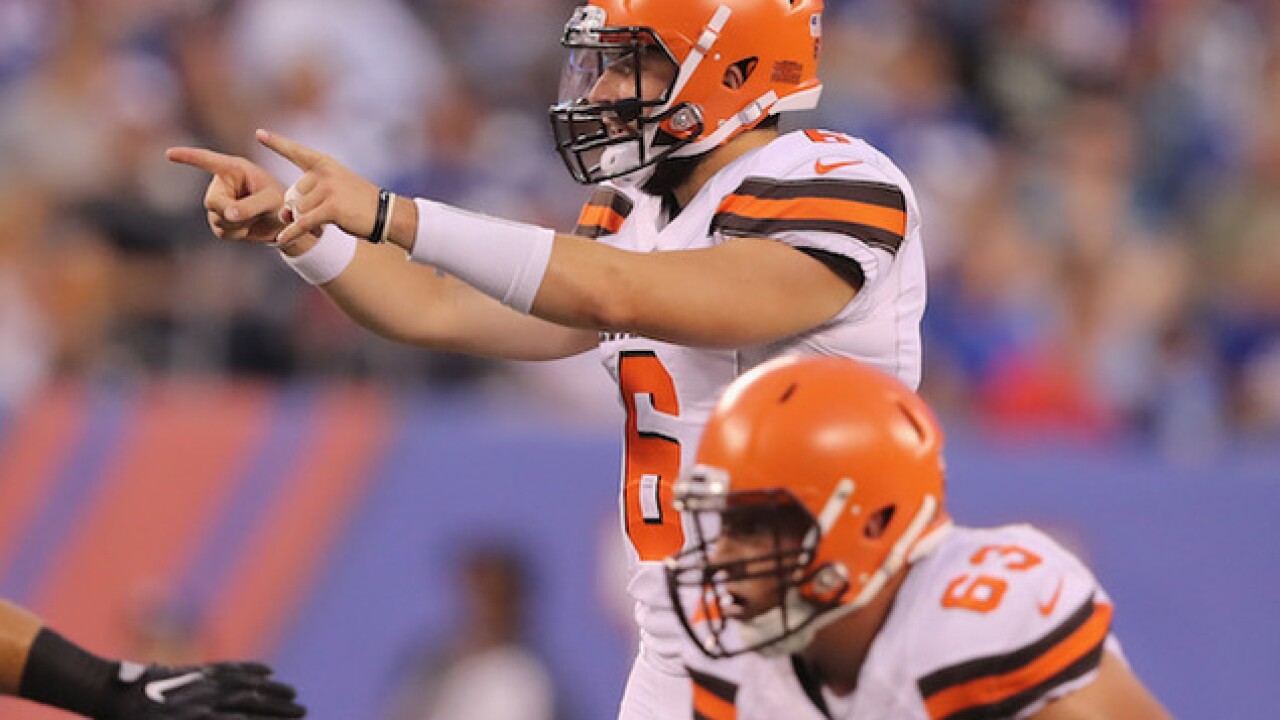 Copyright 2018 Scripps Media, Inc. All rights reserved. This material may not be published, broadcast, rewritten, or redistributed.
Elsa
<p>EAST RUTHERFORD, NJ - AUGUST 09: Baker Mayfield #6 of the Cleveland Browns calls out the play in the second quarter against the New York Giants during their preseason game on August 9,2018 at MetLife Stadium in East Rutherford, New Jersey. (Photo by Elsa/Getty Images)</p> 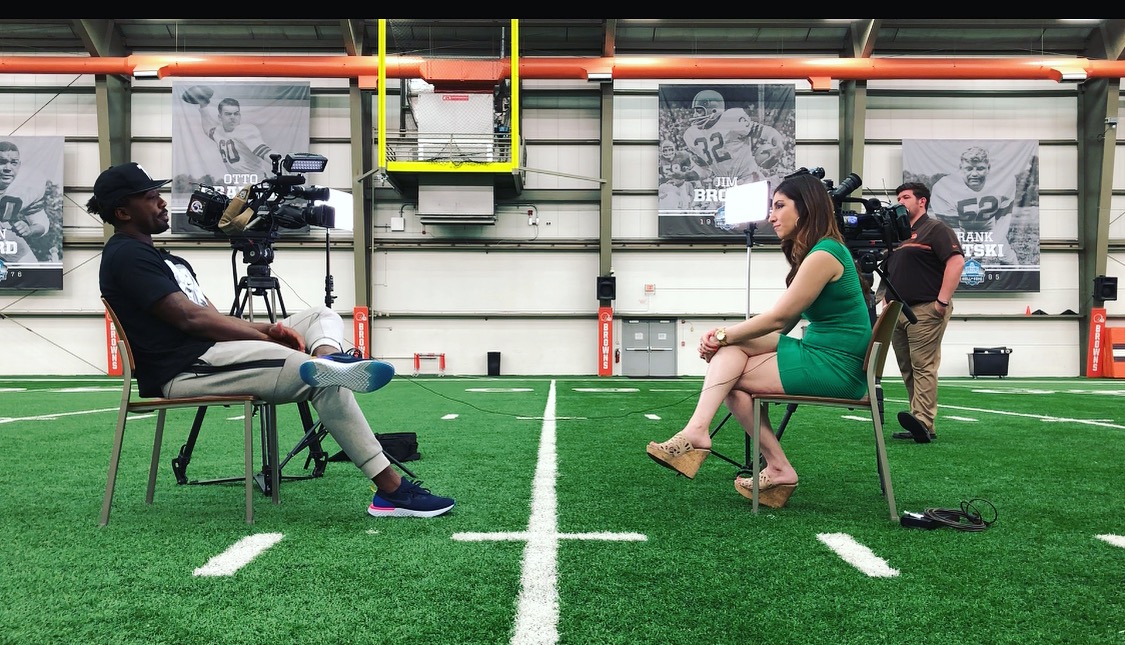 1. Tyrod vs. the Bills
Cleveland has no quarterback competition. The Browns have made it clear that the starting job is Tyrod Taylor’s, but that hasn’t quieted the buzz around Baker Mayfield, who had a dazzling preseason debut last week.

The No. 1 overall pick will follow Taylor on Friday night (you can watch locally on News 5) and play up to two quarters against Buffalo in his first game action in front of Cleveland fans hoping he can lead them to a brighter future — just not yet.

Browns coach Hue Jackson is adamant about Mayfield learning behind Taylor and said the Heisman Trophy winner is going along with the plan.

“Baker wants to play — we all know that — but I think Baker also understands that when his time comes, the organization and myself will make the best decision when that is, and he gets that,” Jackson said. “Right now, Tyrod is our starting quarterback.”

Taylor, who went 5 for 5 in two series in last week’s win over the Giants, will get a chance to play against his former team. He said part of his drive this season comes from the Bills trading him in March despite him helping end their 17-year playoff drought last year.

“Definitely, how I think it ended there, it’s motivation for this year,” Taylor said. “Not necessarily for this game, but this year.”

2. It's the other team that has the QB drama this time
Meanwhile, Bills coach Sean McDermott won’t say who’s starting for his team, but the expectation is AJ McCarron will get his turn after Nathan Peterman started in the preseason opener against Carolina last week. What’s intriguing is when Josh Allen, the No. 7 overall pick, will enter the game.

McDermott has insisted that he’s being very cautious in not wanting to rush Allen’s development. Allen went 9 of 19 for 116 yards and a touchdown in playing the entire second half against Carolina.

3. It's a 'Hard Knocks' life
For Bills receiver Corey Coleman, Friday’s game will be a quick return to a place he couldn’t wait to leave. The 2016 first-round pick had two disappointing seasons with the Browns and, as Hard Knocks viewers know, asked to be traded when he was dropped to second-string. Browns general manager John Dorsey dealt Coleman to the Bills two weeks ago for a seventh-round pick in 2020.

4. What about Dez?
Speaking of receivers, could the Browns have a new one on their roster by kickoff?

Dez Bryant was visiting the team’s headquarters in Berea, Ohio, on Thursday and there was a chance the meeting could lead to the three-time Pro Bowl selection signing with Cleveland. The 29-year-old receiver was released by the Dallas Cowboys after eight seasons in April and has been waiting to latch on with another team. He turned down a three-year contract offer from Baltimore, which may still have interest in him.