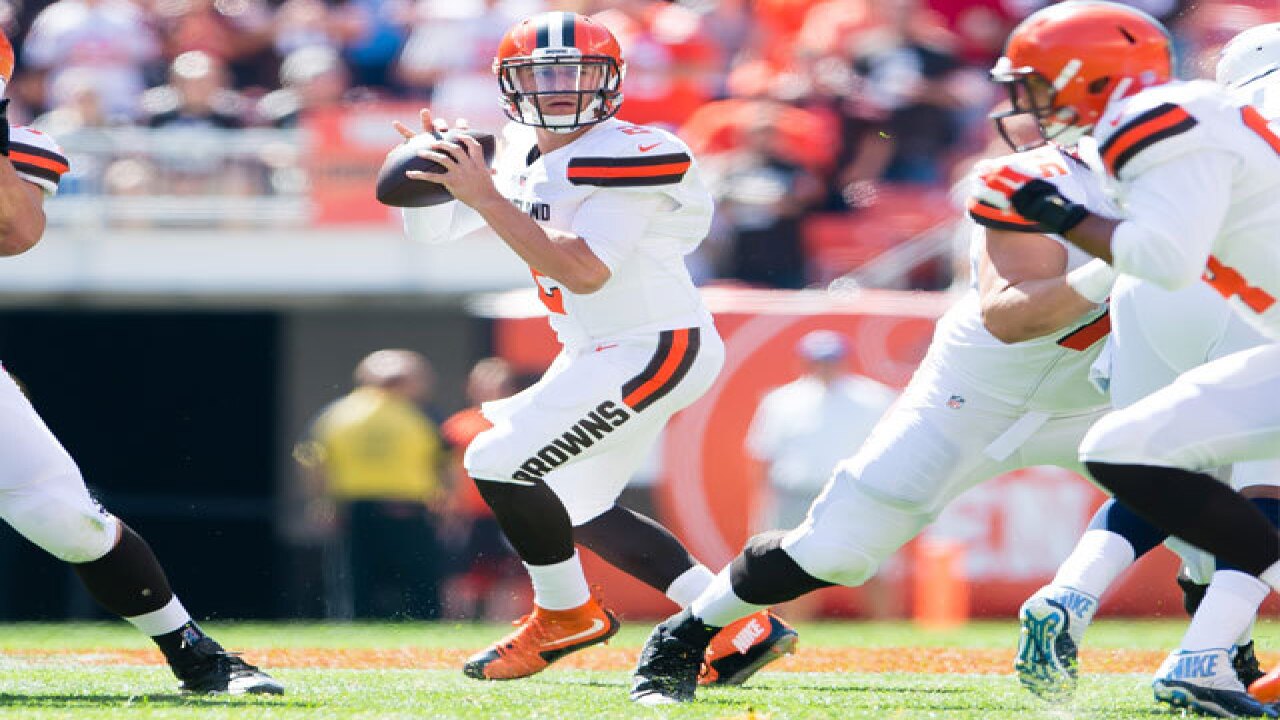 The Cleveland Browns went back to work Wednesday to prepare for a trip to San Diego.

But the biggest concern for the team—is there a rift in the locker room?

The report claimed that the players felt holding Manziel back after the way he played two weeks ago is also holding back the Browns as a team.

"Are they going to have opinions? Certainly," Pettine said. "I'm confident there's no rift in the locker room. I think the way our players reacted signifies that. We talk about controlling the controlables, an external debate, as you put it, is something that we don't control."

McCown is set to start Sunday as the Browns take on the Chargers.