Pretend to be shocked, Baker Mayfield wins Rookie of the Week again 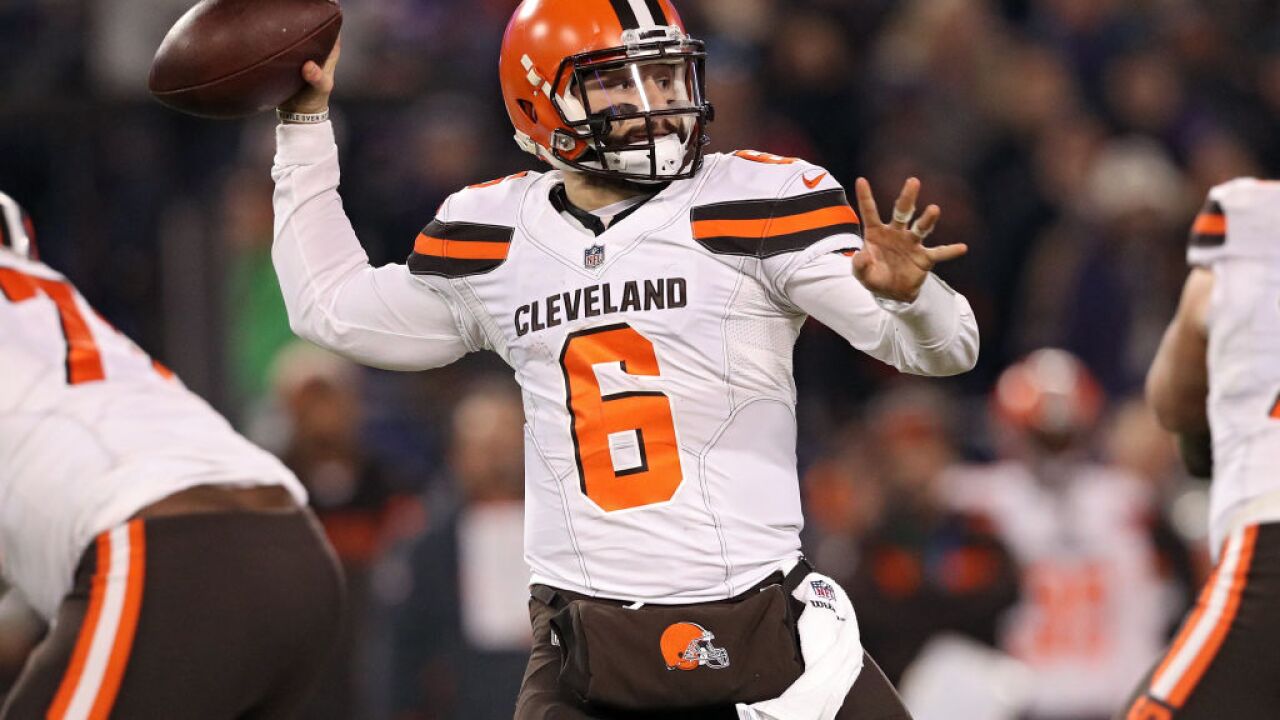 CLEVELAND — Baker Mayfield won Rookie of the Week again, not that anyone should be surprised at this point.

Mayfield made history in the final game of his first season after he beat the record for the number of touchdown passes in a season by a rookie.

Peyton Manning and Russell Wilson held the record with 26 touchdowns. Mayfield finished with 27. And he did it without starting the first three games.

The Browns tied the single-season Rookie of the Week awards after winning 11 this season. The 2012 Washington Redskins and the 2017 New Orleans Saints also hold the record.

Running back Nick Chubb and defensive back Denzel Ward each won the award twice this season.

Mayfield won the award a total of seven times.

The winner of the Offensive Rookie of the Year will be announced Feb. 2.