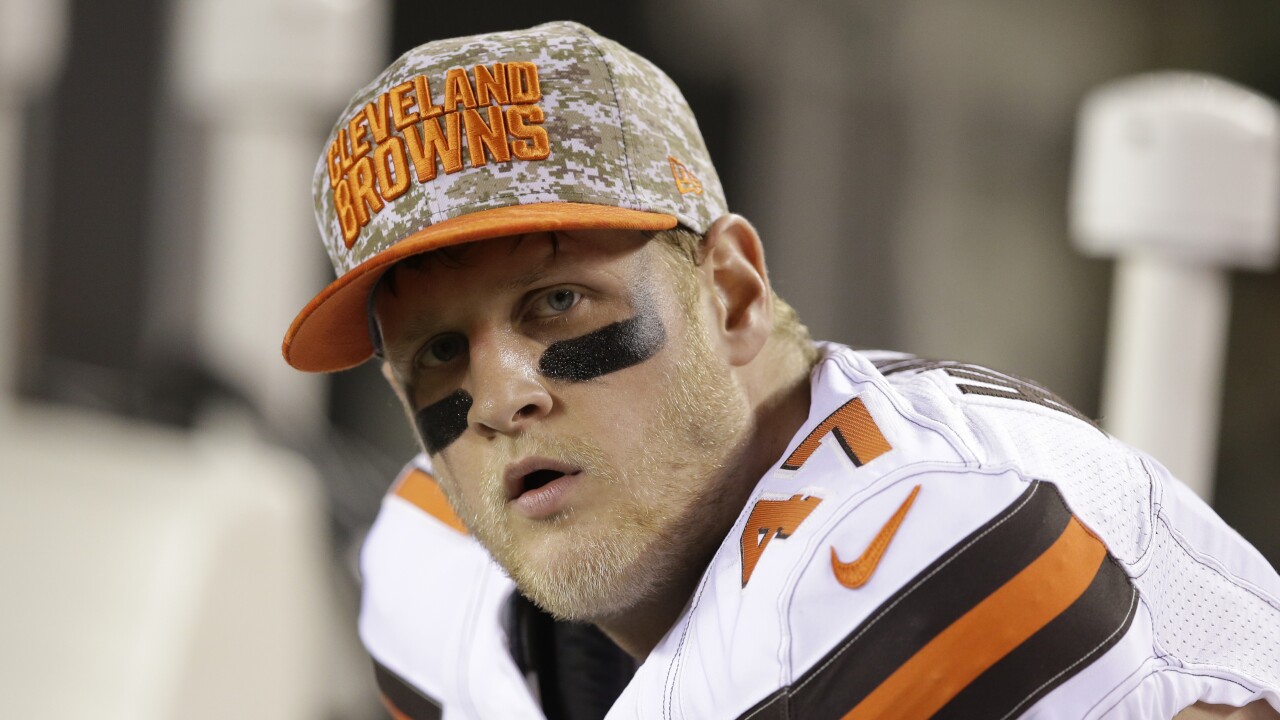 CLEVELAND — Browns punter Jamie Gillan has been the center of attention on special teams after his incredible performances through the first four games, but there’s a guy behind the guy, and his name is Charley Hughlett, the team’s long snapper.

Without his precise snaps to The Scottish Hammer (maybe we should call them nails?), the rookie would have a hard time getting off his punts, let alone pinning them deep in enemy territory. Hughlett and Gillan are required to have on-field chemistry if they want to play well, but the two have a friendship that runs deeper than the game.

“I’ve probably drank the most beers so far with Jamie,” Hughlett said last week during an interview in the locker room. “He’s a fun guy. He’s an interesting cat, and we definitely throw back some cold ones once in a while.”

Gillan laughed as Hughlett call him an “interesting cat” and danced at his locker while he playfully sang the words “a couple cold beeries.”

“I’m always down for a beer with Charley,” Gillan said. “After a great win, just crack open a couple of chilly ones, talk about what we can improve on and enjoy it.”

And such is how the Browns’ punting unit has opened a keg of frustration on opponents.

Team Captain
Just before the start of the season, the Browns appointed three team captains—one from each phase of the game. After a vote by teammates, Hughlett was named one of those captains, joining quarterback Baker Mayfield and linebacker Christian Kirksey. The veteran long snapper has been on the team since the 2015 season, but this is his first time being named a team captain.

“To tell you the truth (being a team captain) is not that much different. There are a couple more responsibilities, there are a couple of extra meetings to go to, but for the most part, it’s been business as usual,” he said.

While Hughlett might not feel much different, he does know how important his voice is to his teammates, especially with all of the new faces on the team.

“I’ve been here for a long time and spoken up when it’s appropriate,” he said. “We’ve got a lot of new faces in the locker room, and the new faces tend to look to the guys who have been here, so I think the guys have embraced (my voice.)”

Leading the way to growth
The Browns are getting better each week, and Hughlett believes the more this team plays together, the more impressive it will be.

RELATED: How the Browns turned their season around and beat the Ravens to take first place in the AFC North

“I think you’re starting to see the team chemistry grow,” he said . “There’s nothing but tremendous athletes and a lot of talent in this room. I think the guys are figuring out how to play together and we’re only going to get better with time. The more time, the more reps that we have together you’re just going to see improvement on the field.”

As a team captain, one of Hughlett’s jobs is to make sure the team is motivated and focused each week—a job that he says takes care of itself.

“It’s that next man up mentality. Everybody knows why they’re here and what they need to do,” Hughlett said. “There’s really not much you need to say to these guys. Most of these guys are pretty self-driven. I don’t really feel the need to pull someone aside and say ‘Hey, this is your time,’ because I feel like they know that.”

The Browns play the 49ers tonight on Monday Night Football.

RELATED: How to watch the Browns’ Monday Night football game against the 49ers