The case for Stefanski: Why you shouldn’t judge the Browns' new coach based on one (bad) game 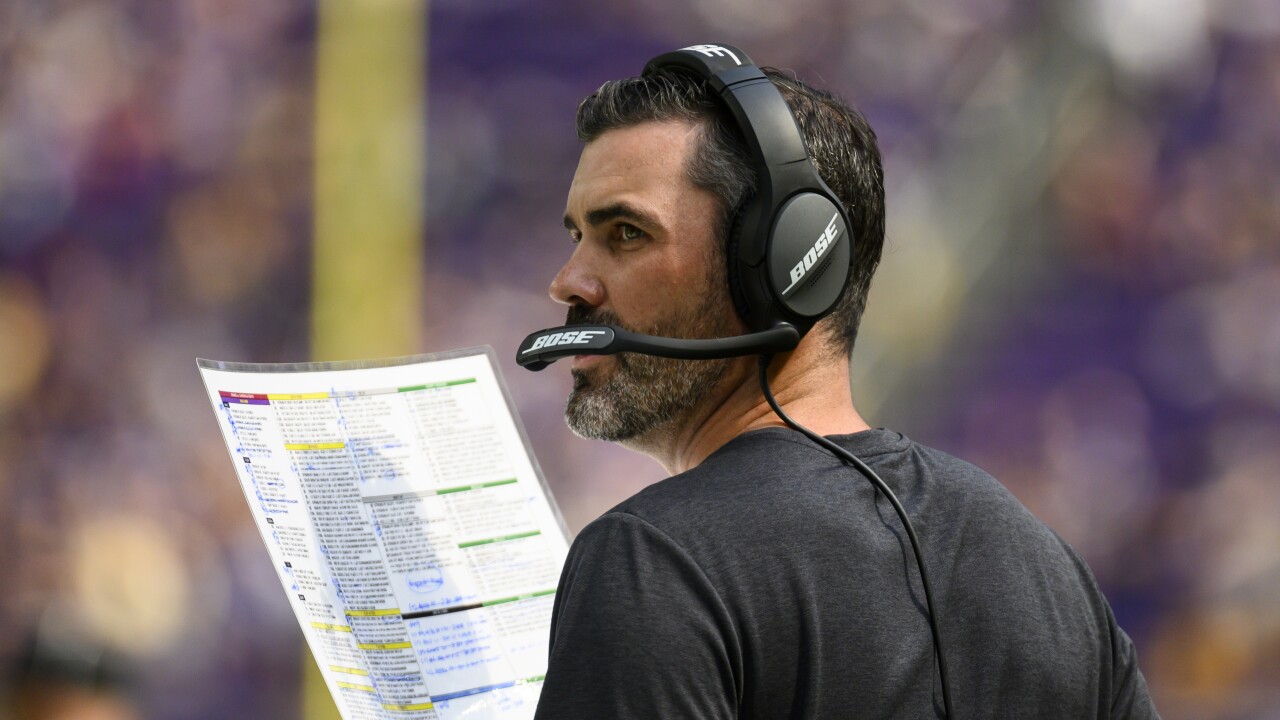 CLEVELAND — The Cleveland Browns have wrapped up their search for a new head coach, selecting Vikings offensive coordinator Kevin Stefanski to fill the role. The announcement came Sunday afternoon, less than 24 hours after the Vikings were trounced by the 49ers in the divisional round of the playoffs.

While Stefanski’s offense struggled and looked drained throughout the entire game, they did so against an incredible 49ers defense, one that may very well find itself in the Super Bowl next month. So while it’s easy to look at Saturday’s game and feel panic over the hire, Browns fans should take a deep breath and look at the bigger picture. Let's look at the positives around Stefanski being named the next head coach.

His offensive philosophy
Stefanski has been taught by a man who has been successful in pairing the run and pass beautifully in his offenses‚ Gary Kubiak, whom we could end up seeing here in Cleveland soon. Stefanski has had Kubiak as an offensive advisor through a season that found the team in the playoffs and, before Saturday night, found ways to interchange explosiveness from their running backs and wide receivers.

The 37-year-old has successfully created an offense in Minnesota that flows almost perfectly. Opponents have a difficult time differentiating between a play-action scheme and a hand-off because Stefanski has found a way to make them look identical. Most importantly, Stefanski does something the Browns desperately need—he fits his offense around player strengths rather than trying to fit his players into the offense.

“I think the biggest things a lot of times in those games, this year we relied on plays and not players as much, especially from the offensive side of the ball,” Browns wide receiver Jarvis Landry said in a press conference at the end of the season.

Landry’s comment over the usage of plays over players would be resolved if Stefanski’s offensive philosophy carries over to the Browns.

Well-rounded background
In addition to Stefanski being an esteemed up-and-coming offensive mind, he also has a long history of coaching other positions. Stefanski’s 14 years in Minnesota found him coaching multiple positions. He’s spent time coaching quarterbacks, tight ends and running backs, in addition to his experience as offensive coordinator and head coach assistant.

The Browns new head coach has a defensive background as well, playing defensive back in high school and at Penn from 2000 to 2004, winning Ivy League titles three of those years.

His ability to help a quarterback in need
Browns quarterback Baker Mayfield had a relatively rough second season compared to his rookie year. Going from breaking Peyton Manning and Russell Wilson’s NFL record for most touchdown passes in a rookie season (27) with just 14 interceptions to struggling to throw 22 touchdowns the following season with 21 interceptions is an unfortunate regression.

Mayfield is the team’s franchise quarterback—something they’ve been looking to find for years. It’s important to develop Mayfield’s potential as early as possible, finding his strengths and playing to them.

Stefanski can do that.

Under Stefanski, Vikings quarterback Kirk Cousins found himself playing better and faster, something Mayfield needs. Cousins was able to get the ball out of his hands quicker and had plays drawn that emphasized his strengths, which led to far fewer interceptions and fewer sacks—a problem Mayfield had to deal with all last season. Cousins finished the regular season with the fourth-best passer rating among the league’s starters (107.4) and threw 26 touchdowns to just six interceptions.

If Stefanski can bring this expertise with him to the Browns, Mayfield’s third season in the league could look like the quarterback Cleveland fell in love with in 2018.

Saturday night should not be a factor
Stefanski has no experience as a head coach, Concerns over inexperience are valid. No one wants to see the Browns repeat last season's actions this year. Let those be the concerns you hold with Stefanski, but don’t use a single game against a great defense to write him off.

Whether he was your first choice or not, he will be the head coach of the Cleveland Browns next season. It’s easy to feel cheated out of an experienced coach or feel like the Browns are repeating the past, but there’s only one way to find out, and that’s to give the man a chance—and wait until next season to see how things go.