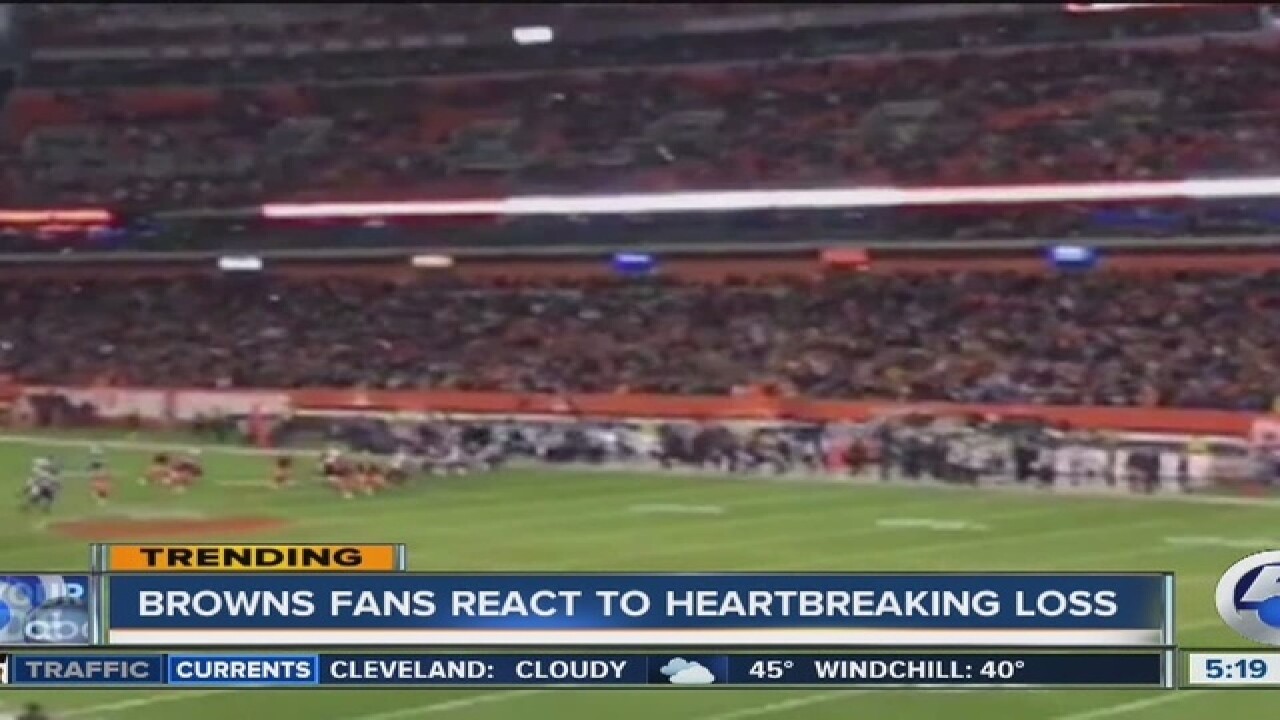 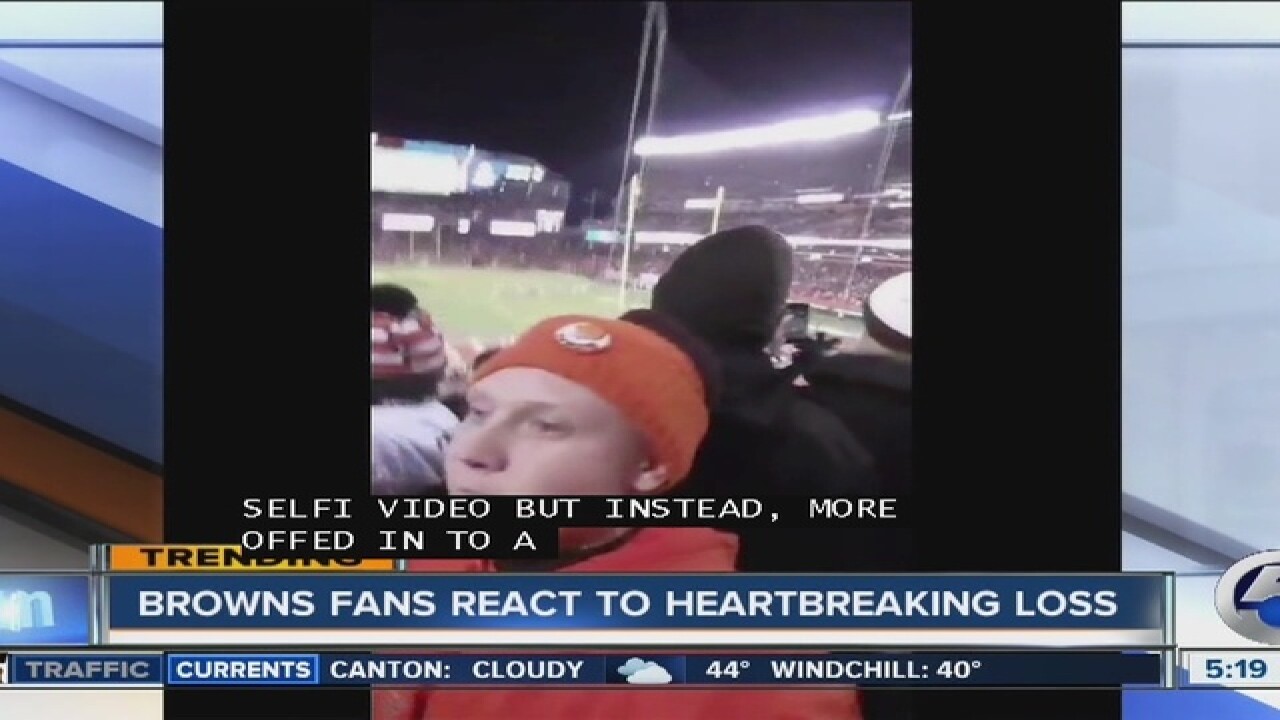 The Cleveland Browns losing in the final seconds to the Baltimore Ravens on Monday night produced some great reactions from fans on social media.

Will Hill returned a blocked field goal 64 yards for a touchdown as time expired, giving the Baltimore Ravens a 33-27 win Monday night over the luckless Cleveland Browns, who lost their sixth straight game along with starting quarterback Josh McCown.

One fan took to Instagram just before the game was lost. In the video below, you can see that the fan is excited for the Browns to win, and then you see his enthusiasm slowly dwindle as he proceeds to take a walk of shame after watching the last play.

The fan who posted the video said "the experience of being from Cleveland summarized in 10 seconds."

the experience of being from Cleveland summarized in 10 seconds pic.twitter.com/exarHc25Qx

Another fan posted a video to Instagram where he repeatedly stated two words while watching the Browns lose the game.

Well the Browns lost... Again... in a 33-27 battle with a walk-off field goal turning into a scoop a score for the Ravens. Mccown may have broken his collar bone which would result in him being done for the season. #clevelandbrowns #cleveland (video: @jclaytor )

A video posted by Cleveland Sports (@clevelandsportscoverage) on

Several other videos from sad Browns fans can be seen on Instagram. Do you have one? Send your #SadBrownsFan videos in to 5pix@newsnet5.com to be featured on social media and newsnet5.com.