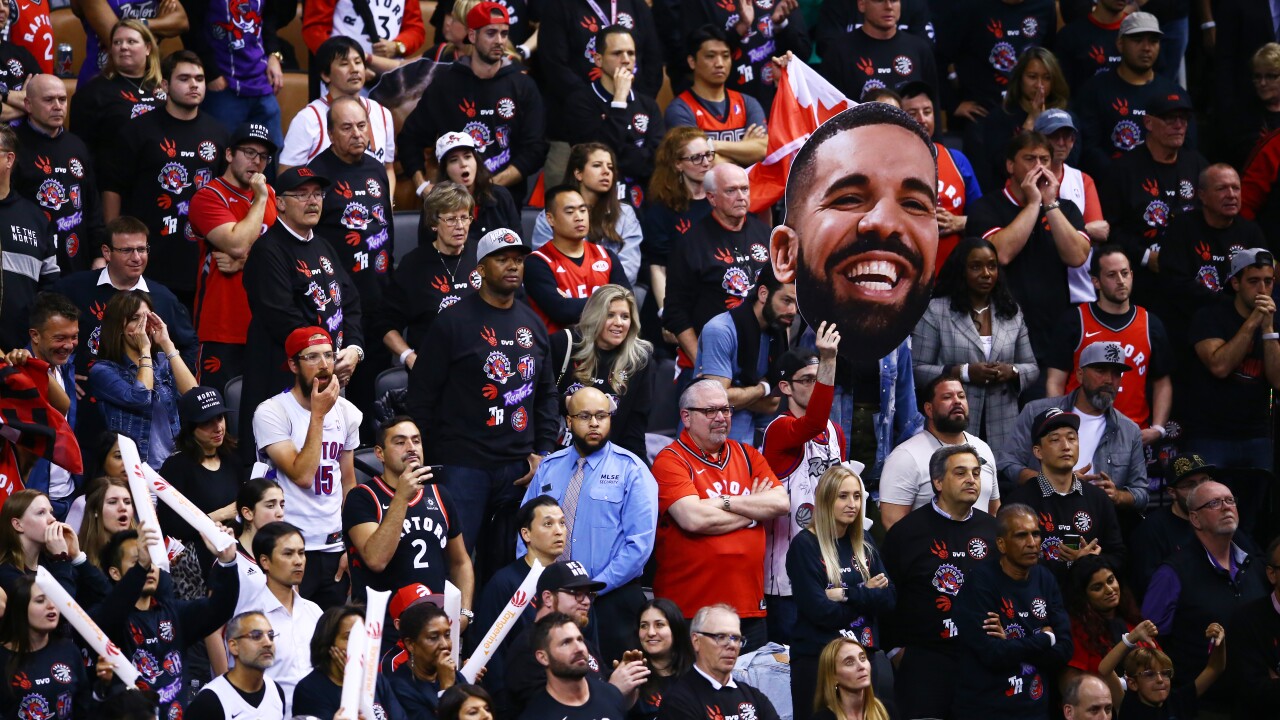 Vaughn Ridley/Getty Images
TORONTO, ONTARIO - MAY 30: Toronto Raptors fans celebrate their teams 118-109 win over the Golden State Warriors during Game One of the 2019 NBA Finals at Scotiabank Arena on May 30, 2019 in Toronto, Canada. NOTE TO USER: User expressly acknowledges and agrees that, by downloading and or using this photograph, User is consenting to the terms and conditions of the Getty Images License Agreement. (Photo by Vaughn Ridley/Getty Images) 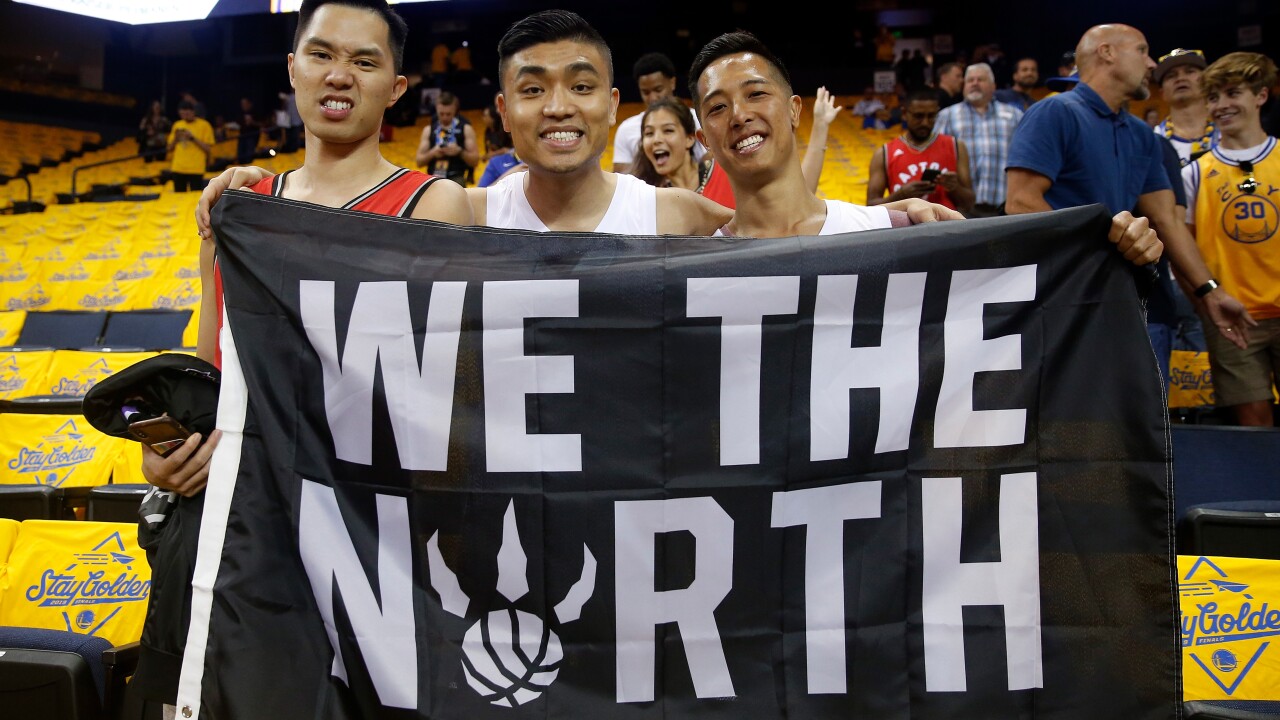 TORONTO — The Cleveland Cavaliers’ season ended in April, and for the first time in four years, they aren’t in the NBA Finals.

The Golden State Warriors and the Toronto Raptors are facing off this year and the Raptors lead the series 2-1 heading into Game 4.

Late-night talk show host Jimmy Kimmel had a segment on his show asking Raptors fans to trash-talk the Warriors and, well, the results were much kinder than what may have been heard in Cleveland.

Watch the segment below:

The Jimmy Kimmel Show asked fans in Toronto to trash-talk the Warriors and the responses are the most Canadian thing ever. 😂 pic.twitter.com/06BC6YhnyW

The Cleveland Cavaliers and Golden State Warriors' four Finals match-ups created one of the most heated rivalries in modern sports history.

The Cavaliers met the Golden State Warriors in four consecutive NBA Finals between 2015 and 2018. In 2015 the Warriors beat a Cavs team that had lost Kevin Love and Kyrie Irving to injury. In 2016, the Warriors broke the record for most wins in a season with a 73-9 record, but in a seven-game series, the Cavs came back from a 3-1 deficit and defeated the Warriors, making history and ending Cleveland’s 52-year championship drought.

In 2017, the Warriors acquired free agent Kevin Durant and beat the Cavs in five games. During that offseason, the Cavs traded Irving by request and had major roster changes throughout the season, but still made the finals. The Warriors went on to sweep the Cavs in that series, which turned out to be the end of the Finals streak between the two teams.

That kind of history is bound to get some harsher trash-talk out of Cleveland fans. Maybe Raptors fans just need some time.