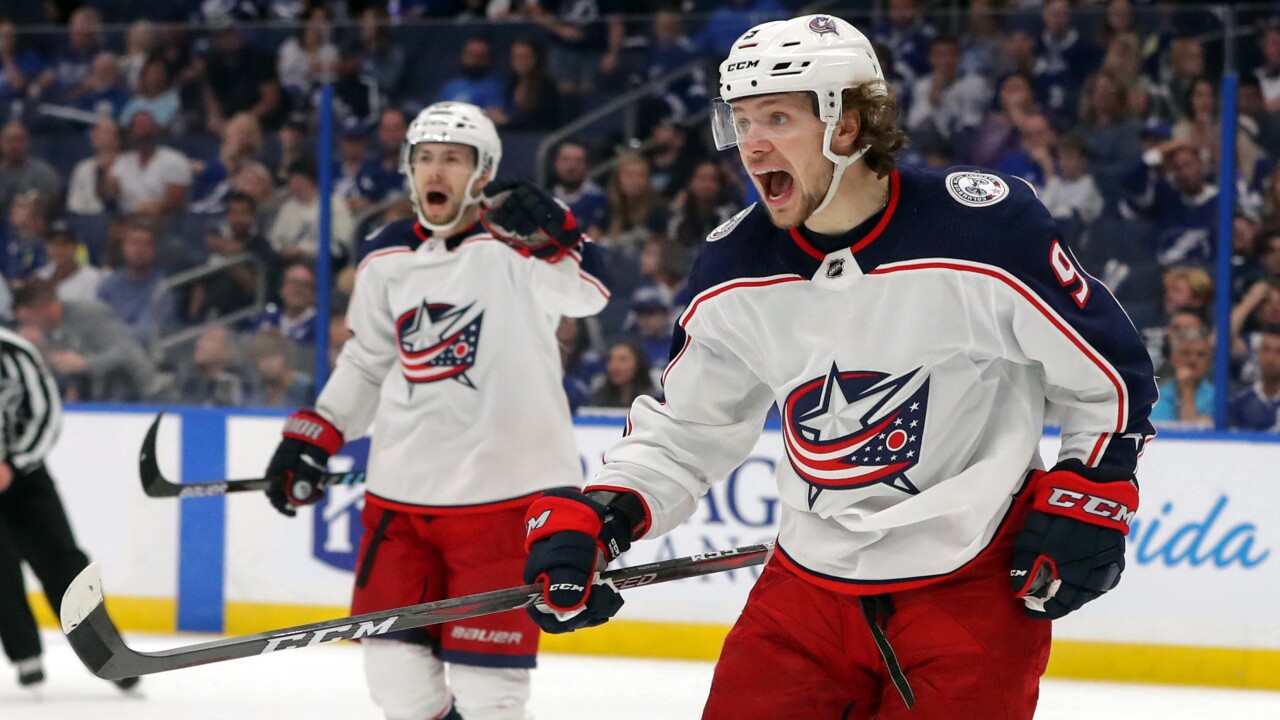 Mike Carlson/Getty Images
TAMPA, FL - APRIL 12: Artemi Panarin #9 of the Columbus Blue Jackets celebrates a goal against the Tampa Bay Lightning during the second period in Game Two of the Eastern Conference First Round during the 2019 NHL Stanley Cup Playoffs at Amalie Arena on April 12, 2019 in Tampa, Florida. (Photo by Mike Carlson/Getty Images)

COLUMBUS, Ohio — The Columbus Blue Jackets are headed home with a big lead in the first round of the Stanley Cup Playoffs.

The Blue Jackets are facing top-seeded Tampa Bay Lightning, the team that won the Presidents’ Trophy for best overall record in the NHL, ending the regular season 62-16.

Game 1 and Game 2 took place in Tampa, but the Blue Jackets didn’t let home-ice advantage get in their way.

On Wednesday, Columbus took the first win of the series. After being down 3-0 in the first period, the Blue Jackets started to turn things around. They scored their first goal in the second period, followed by three more in the third period. Columbus took Game 1, winning 4-3.

Never count us out. pic.twitter.com/ZoZd65R1Yd

If that wasn’t enough, on Friday the Blue Jackets dominated the Lightning in an even bigger win. They took a 2-0 lead in the first period with goals by Cam Atkinson and Zach Werenski.

Werenski pulled off the franchise's first playoff Gordie Howe hat trick, where a player scores a goal, records an assist and gets in a fight all in the same game. Three more goals from Matt Duchene, Riley Nash and Artemi Panarin wrapped up the second game of the playoff series 5-1.

While this surge ahead is clearly good news for Columbus, just last year the Blue Jackets were up 2-0 in the first round against the Washington Capitals on the road before losing the next four games and the series.

The memory of last season’s outcome should act as a chip on the shoulders of the Blue Jackets as they aim to win their first playoff series in franchise history.

The Blue Jackets take the ice at Nationwide Arena on Sunday at 7 p.m. for Game 3 against the Lightning.