How to watch the Browns game against the Broncos on Sunday 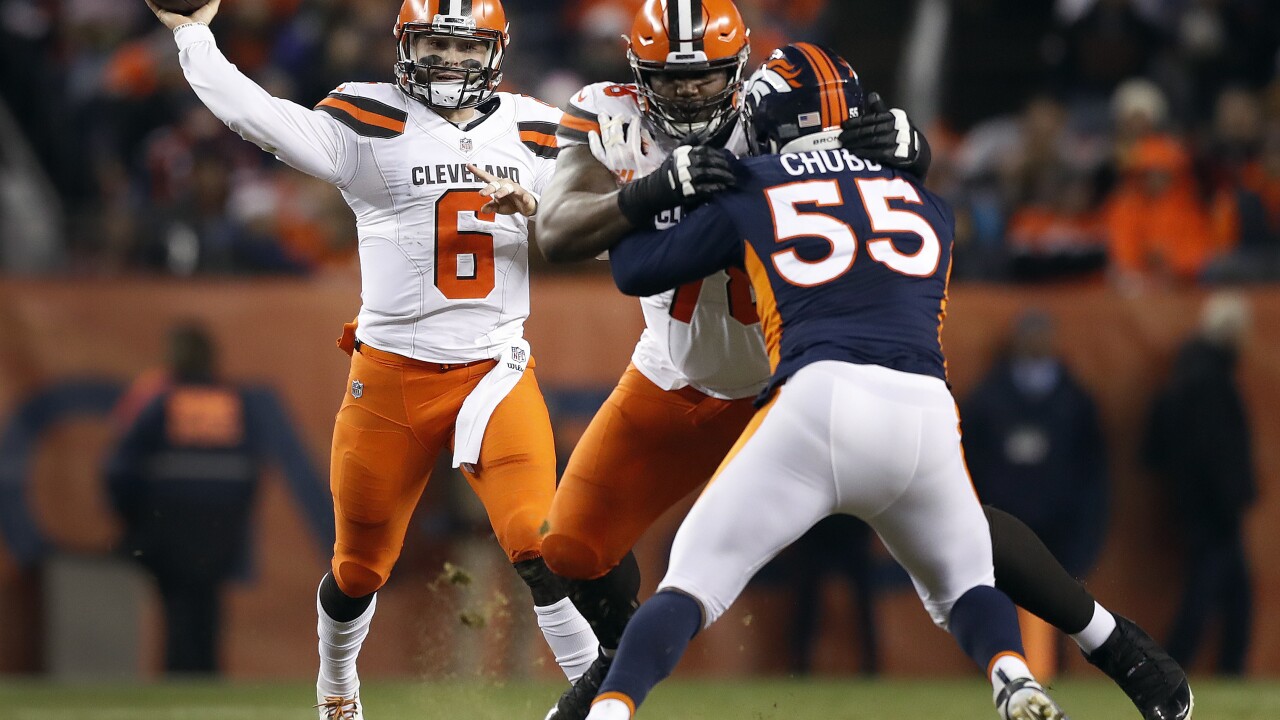 CLEVELAND — It's gray, it's cold, you didn't get the Halloween candy you wanted, the Browns took a beating last week, but there's a glimmer of hope. On Sunday, the Browns (2-5) play the Broncos (2-6), and this is a winnable game.

Sunday's away game at Empower Field at Mile High in Denver will begin at 4:25 p.m. Sunday. You can watch it on CBS.

Tune in to News 5 at 10:30 a.m. Sunday for Browns Countdown. Jon Doss, Hanford Dixon, Je'Rod Cherry and Nathan Zegura will break down everything you need to know before the game. Then head to the News 5 Cleveland Facebook page at halftime to watch News 5's Halftime Live. After the game, celebrate or lament with the News 5 sports team on Browns Town Live at 11:35 p.m. Sunday, just after News 5 at 11 p.m.

Let's not forget the Browns eked out a victory against the Broncos last year, with a still-green Mayfield completing 18 of his 31 passes and throwing for 188 yards.

The Browns didn't land Trent Williams in a last-second trade, but no other teams really did any wheeling or dealing, either.

Certain members of the team have shown some subtle signs of frustration with the season thus far, but let's hope they can channel that angst and rise above it in the Mile High City.

No matter how this season turns out, we might see the Lombardi Trophy in Cleveland - but it's up to you to win this NFL contest.